The StuG III was the fully tracked vehicle produced in the largest numbers by Germany in WWII, over 10,500 units being built. It was also the vehicle credited with the highest number of tanks destroyed. Some historians put this figure at around 10,000. 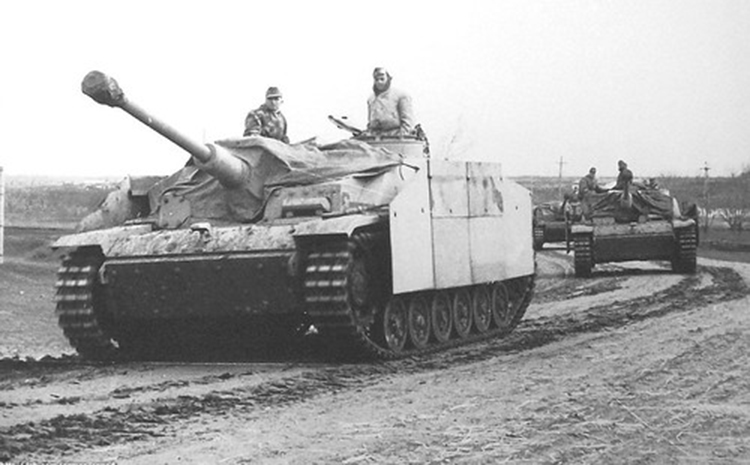 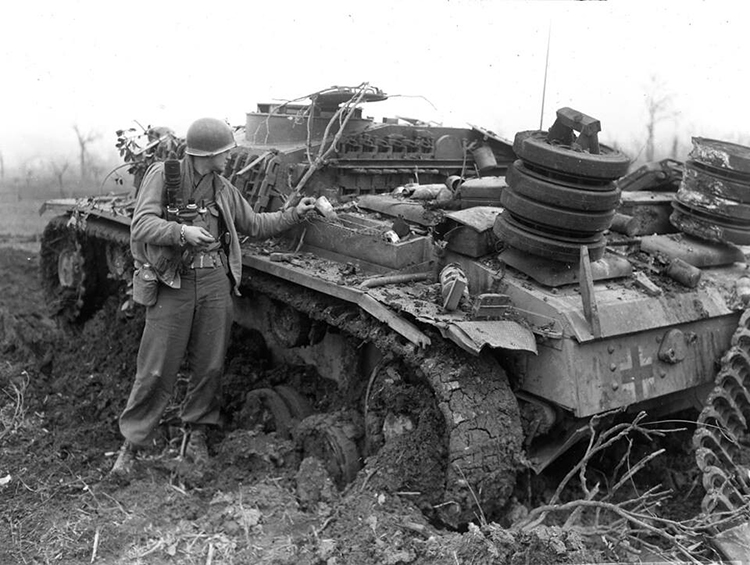 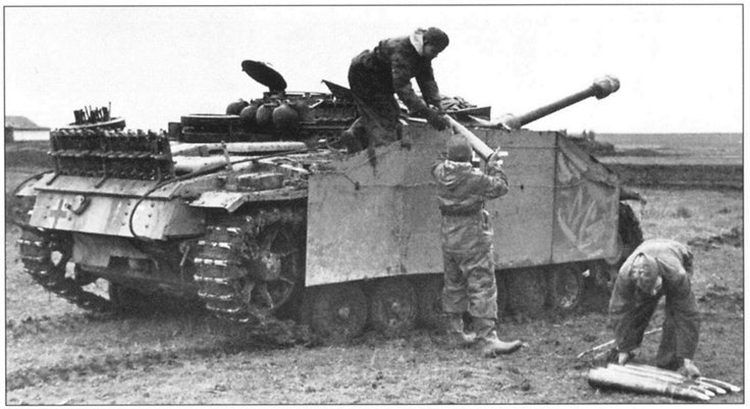 It began life as an infantry support vehicle based on the Panzer III chassis, mounting a short barrelled 75mm howitzer. This fired a thin steel cased HE shell designed to provide maximum blast effect. After German Panzer units encountered the Russian KV1 and T34 tanks, the idea of mounting the L48 long barrelled high velocity 75mm gun in the StuG III was implemented to bolster the Panzer IV which had the same armament.

The StuG III was much cheaper and more importantly, much faster to build than a turreted vehicle. Another advantage was the much lower profile of the StuG which made it harder to knock out. This lower profile made it ideal for prepared ambush situations which was where it did the greatest damage. For frontal assault however, the StuG was less effective. With a limited gun traverse and relatively thin frontal armour it was vulnerable to most allied tanks. When Germany was retreating on all fronts, the StuG came into its own with hit and run tactics doing great damage to allied armour. The StuG III survived into the 1970s in service with middle eastern countries and Finland.

Das Werk has produced a number of 1/35th scale kits, but this is their first offering in 1/16th scale. Opening the box revealed 17 sprues of well moulded parts, one of clear parts, a metal gun barrel, small decal sheet and a single fret of etched brass.

The main hull, casemate and roof also come as separate bagged parts. The kit does not have a full interior although there is enough detail inside the casemate and on the main gun to make an open commanders hatch a viable option.

The instruction booklet features 42 sections to the build sequence and is clear in its layout, although take care with handed parts! No, I didn’t get it wrong at any stage but only through good luck a couple of times.