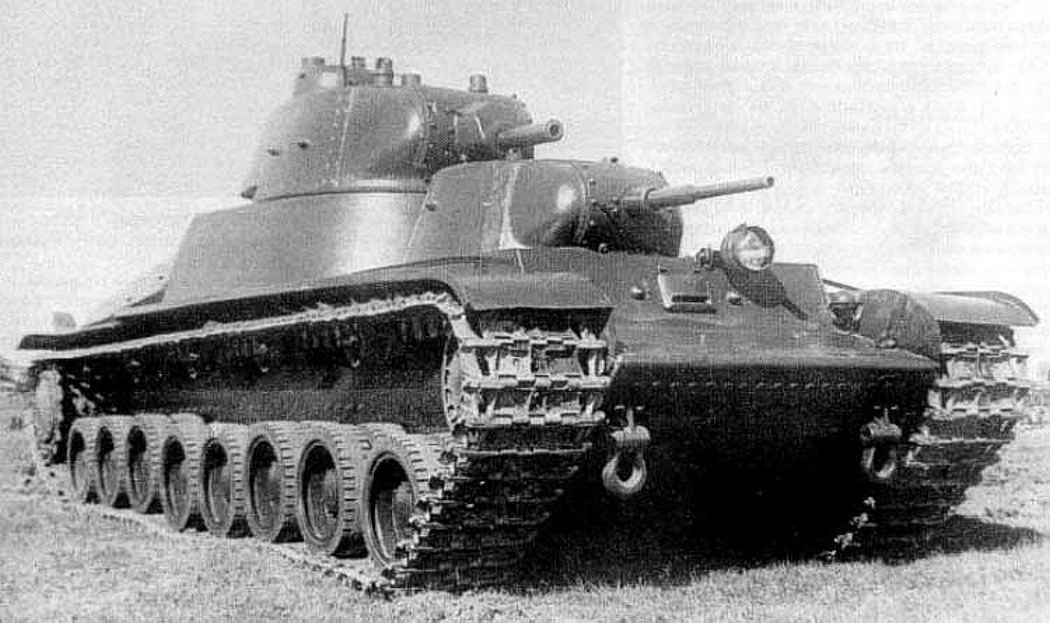 Experience gained with the BT and T-26 tanks during the Spanish Civil War showed Soviet officials that the thin armour on their multi-turreted T-35 heavy tank would have been inadequate in combat.

A more modern and heavily armoured replacement was needed to fulfil the heavy tank role. This led to the development of the T-100 and the similar SMK heavy tanks.

While the new tanks were originally intended to have five turrets like their predecessor, this was eventually reduced to two. Like the SMK, the T-100 was designed with a large turret carrying a 7.62cm gun high up on the superstructure and a smaller turret with a 4.7cm gun placed in front of and below this.

Both tanks were tested along with the new KV tank in the Winter War with Finland in 1939. Neither the T-100 nor the SMK proved to be particularly successful.

Due to its position the smaller turret had only a limited arc of fire.

With the main turret perched high on the superstructure both vehicles had a high silhouette making them easy targets for anti-tank gunners.

Both vehicles were long and narrow meaning that there were mobility issues.

Eventually the more practical and conventional KV tank was chosen for full-scale production.

An assault gun, the Su-100Y, was developed based on the chassis of the T-100. This too did not enter production. However, the prototype survives and is currently on display at the Kubinka Tank Museum. 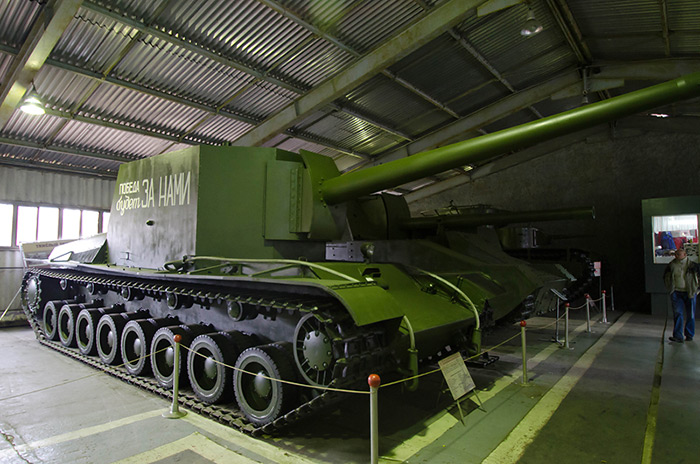 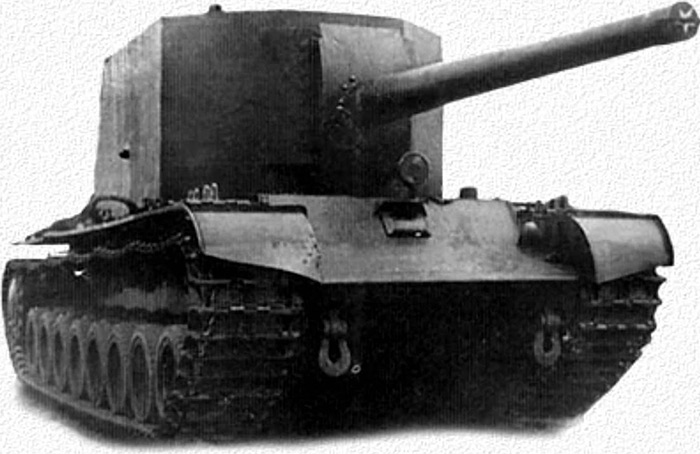 A kit of the Su-100Y is also available from Trumpeter.