The lead up to D-Day saw the German High Command plagued by the lack of a clear command structure with no single person having control of the Atlantic Wall defences. With Hitler interfering in decisions, Field Marshals Von-Rundstedt and Rommel each argued for differing strategies. Von-Rundstedt wanted to hold all the Panzer Divisions inland to be positioned when the Allied landings were identified. Rommel on the other hand wanted them close to the beaches to drive the landings back into the sea.

Hitler then made perhaps his worst decision by splitting the force with half held inland and the rest dispersed in insufficient numbers along the costal defences. As only the 21st Panzer Division was within a day’s drive of the beaches while the Allies came ashore, this decision hugely benefited the landings. Even as it became apparent that the landings were occurring on a major scale, the division sat waiting for orders. 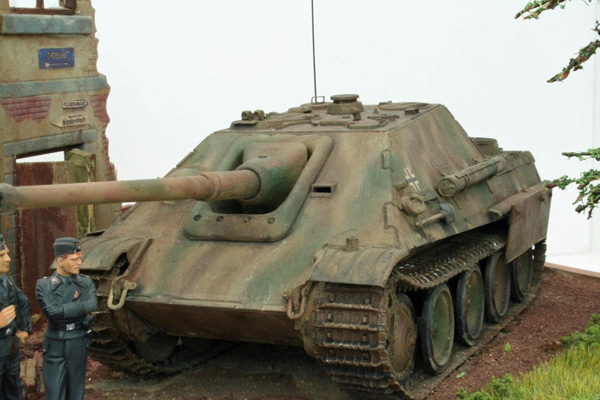 The diorama shows two members of the Panzer division and a Feldgermerie listening to the air and sea bombardment frustrated by the lack of orders. Next to them sits a Jagdpanther from a tank destroyer regiment.

The Jagdpanther was picked up at a club show fully assembled and painted (and so I am sorry, not sure which kit it is). Some further weathering of the vehicle took place using pastel chalks. 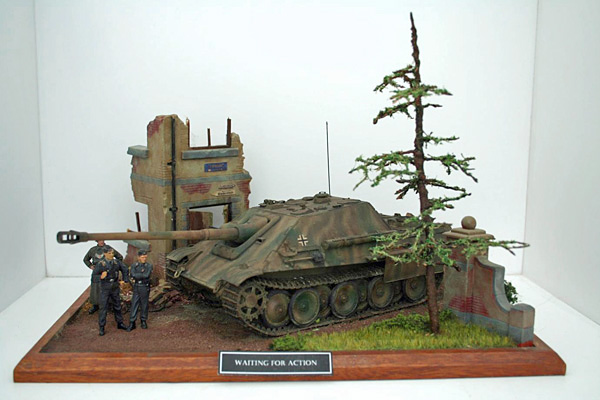 The groundwork consisting of Italeri gates and ruined building was augmented by a fir tree made following the “Barry Bowen” method. 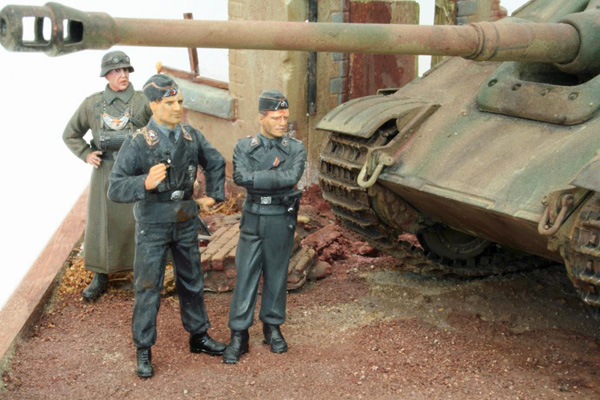 All three figures were chosen for their poses, with hands either folded or on their hips and staring into the distance. Selecting figures from different manufacturers can add a slight height difference as would occur in real life adding to the look of the scene. The policeman and Panzer sergeant with the binoculars are Dragon figures with the Wolf figure with folded arms fitting nicely into the scene 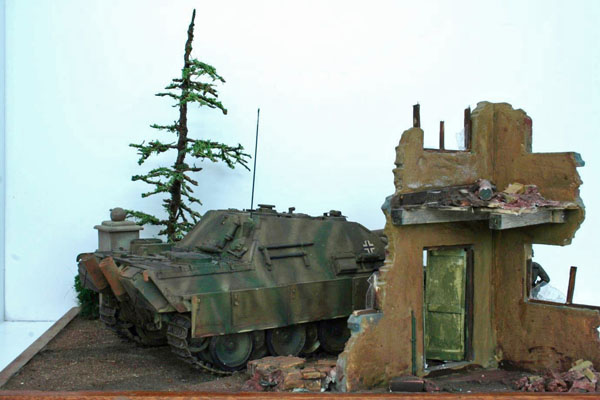 The house comes with hollow walls which were filled with plaster then sanded smooth before an upper and lower floor were added from wooden stirrers. The door frame and door were built from the same material. The gatepost was built as per kit instructions with the addition of some foliage to add interest. 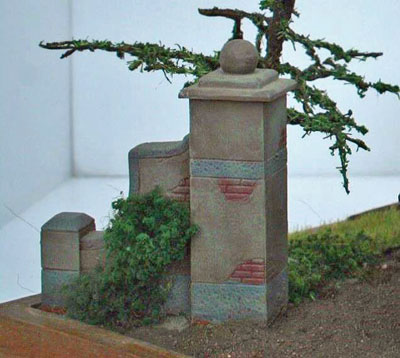 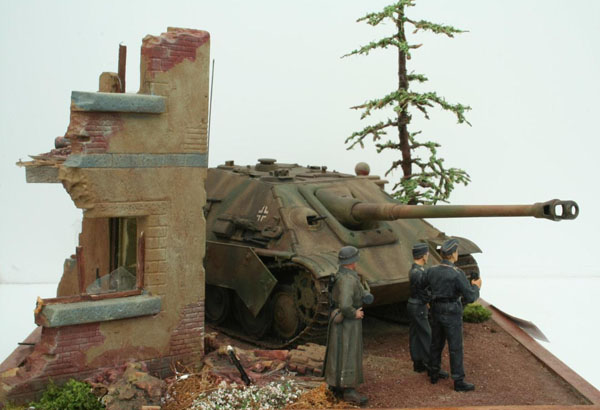 Window frames were added from bass wood strips with glass added from an overhead acetate sheet. Debris around the building was built up using a packet of brick rubble set into plaster and dusted with sand; being “brought together” using pastel chalks.
Verlinden signs were added to enhance the ruin and locate as part of a headquarter area. 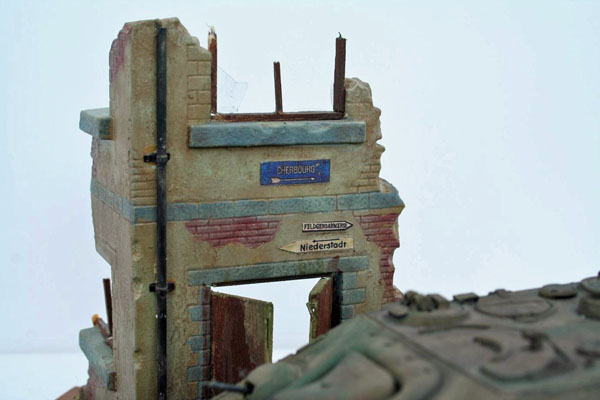 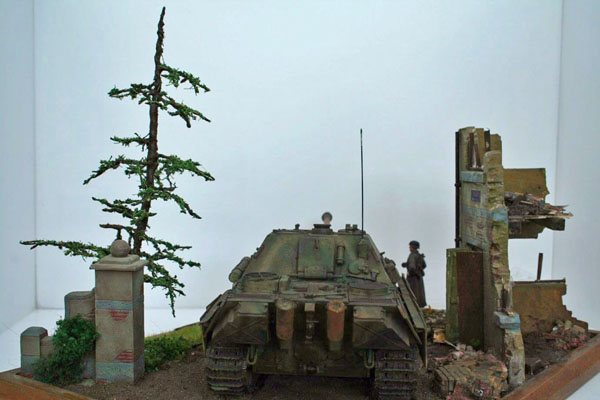 The final view of the scene shows the rear of the Jagdpanther. Note the water downpipe on the building, a detail that is easy to add from a plastic tube but adds greatly to the appearance of any building.
Steve Noble.