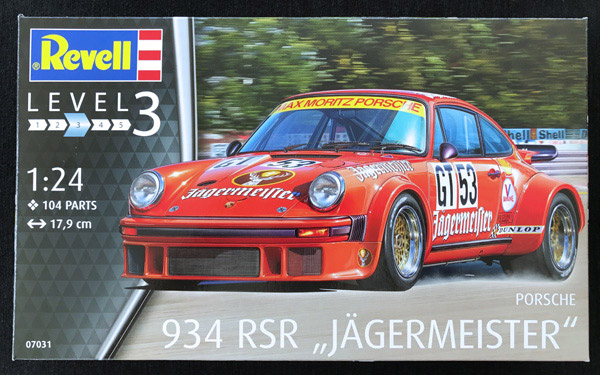 Here’s a little bit of background to the type

The Porsche 934 was introduced for the 1976 racing season. It was manufactured for two years, 1976 and 1977, with at least 400 being manufactured. Toine Hezemans drove this car to victory at the European GT Championship, while in the U.S., with George Follmer at the wheel, it also became the Trans-Am champion. It continued to win races throughout the late 1970s.

The 934 as well as the 935 were raced in the Deutsche Rennsport Meisterschaft in a distinctive orange “Jägermeister” livery.
Alan Hamilton the Australian Porsche distributor at the time owned one of these cars and competed and won the 1977 Australian Sports Car Championship and in 1980 the same car won the title with Allan Moffat behind the wheel.

The first prototype flew in 1964, and the aircraft entered service in 1970. It has an operational top speed of Mach 2.83 (Mach 3.2 is possible but at risk of significant damage to the engines), and features a powerful radar and four air-to-air missiles. When first seen in reconnaissance photography, the large wing suggested an enor-mous and highly manoeuvrable fighter, at a time when U.S. design theories were also evolving towards higher manoeuvrability due to combat performance in the Vietnam War. The appearance of the MiG-25 sparked serious concern in the West and prompted dramatic increases in performance for the McDonnell Douglas F-15 Eagle then under development in the late 1960s. The capabilities of the MiG-25 were better understood in 1976 when Soviet pilot Viktor Belenko defected in a MiG-25 to the United States via Japan. It turned out that the aircraft’s weight ne-cessitated its large wings.

The racing trim was a modified regular trim to meet with the FIA rules, most nota-bly it added 30 kg (66 lb) of weight, so that it complied with the minimum weight requirement of Group 4. 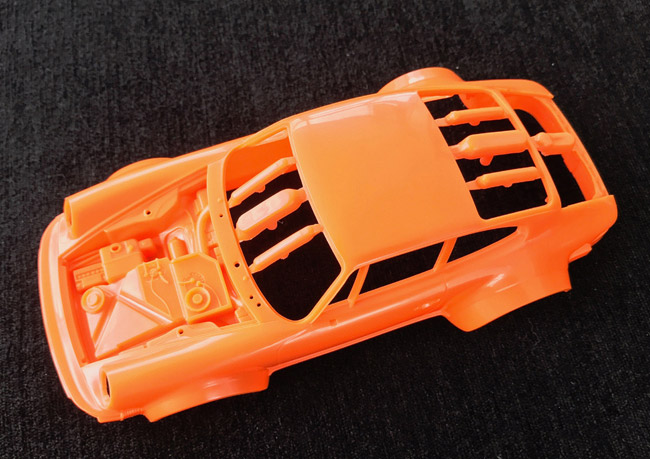 The Porsche 934 is another iconic type from the 70s and beyond and it’s great to see this new-tool model in 1:24 scale. 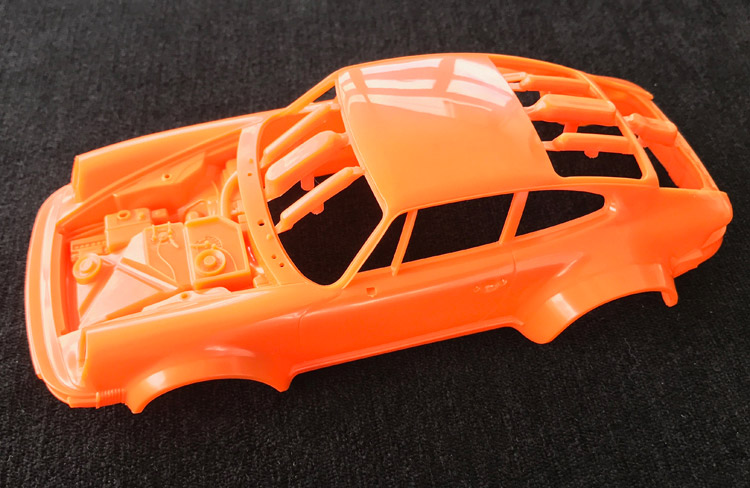 The Revell box artwork is usually impressive enough and that’s the case here showing that immediately recognisable Porsche chassis profile shouting back at you in that great orange colour – sooo 1970s! 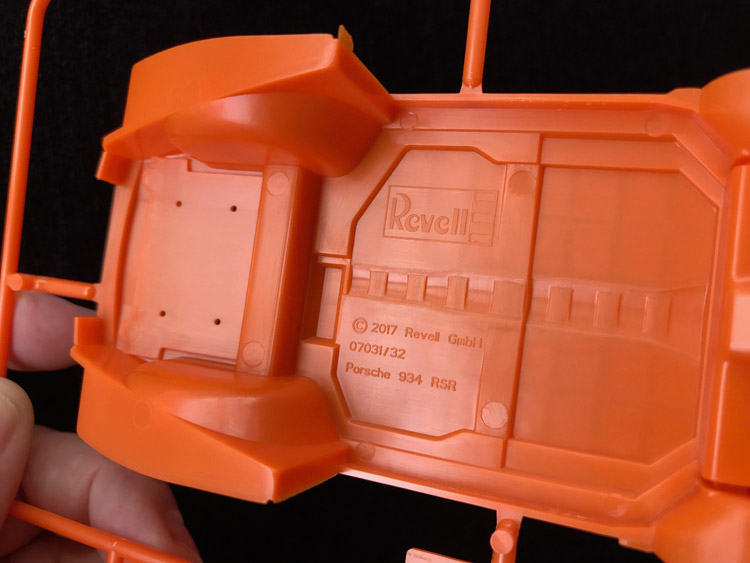 The kit is generally well moulded with the main chassis parts on bright orange sprues. Tak-ing the main components first, they are well tooled, fine recessed detail and adequate levels of deign across the board – a decent engine is included, made up from plenty of well-formed parts. I’m not sure that I would go to the trouble of painting it as supplied given its location but you can make your own mind up about that. For me, I would like to preserve the shape of that Porsche styling.

No distortion on the main parts is apparent, the initial impression is one of parts that will go to make up a nice representative model in 1:24 scale. No real evidence of excess flash on the parts supplied in this kit.

The interior is pretty well detailed, floor pan, seats, dash and other internals look pretty good and are moulded in a steely coloured plastic – we’ll see how well this works in practice. A roll cage is also included as you’d expect for the subject.

Grey spurs contain other parts like the disc brakes and also some engine parts – the latter being well detailed. A little oddly, no decals are supplied for the main instrument dials and that’s not going to be a quick remedy – either you’ll need to resort to your spares box or one of the aftermarket manufacturers. 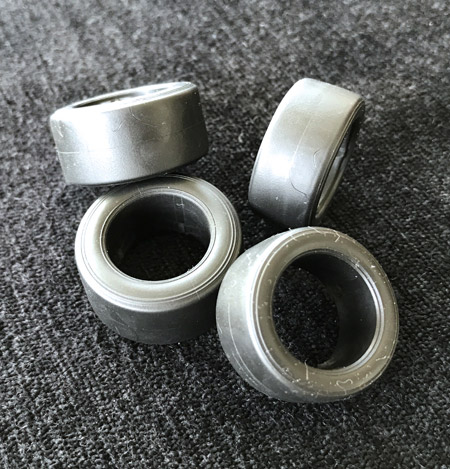 The tyres are supplied as rubber items and I for one am fine with that. These are easily pre-pared and can be made to look very realistic – I’ll show you what I do when I get to the build that’s on the way. Or, you can look in your SMN Techniques Bank for a demo on how to tackle these items that modellers seem to love or hate! 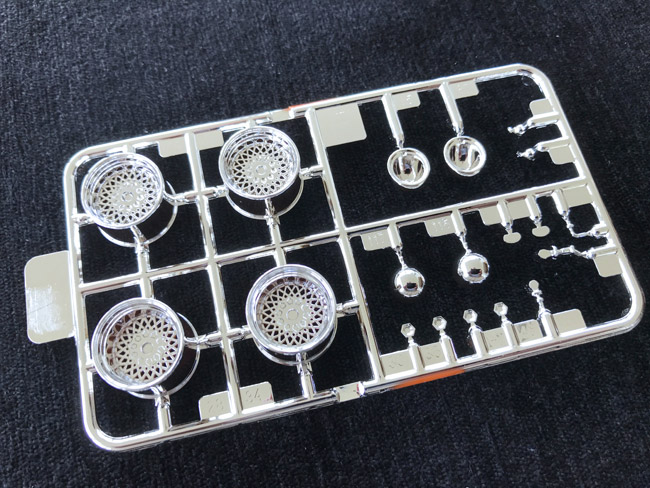 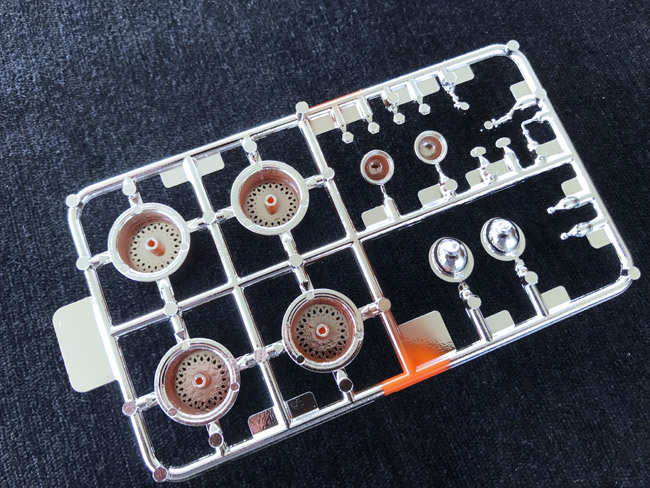 Chrome plated wheels are supplied, as are the light casings. These parts rarely look realistic although I’ll reserve judgement on these specific wheels as their centres need to be a gold colour and it’s possible they may look good. See the build for the actual solution, it may be better to remove the chop plating and spray them as you like. 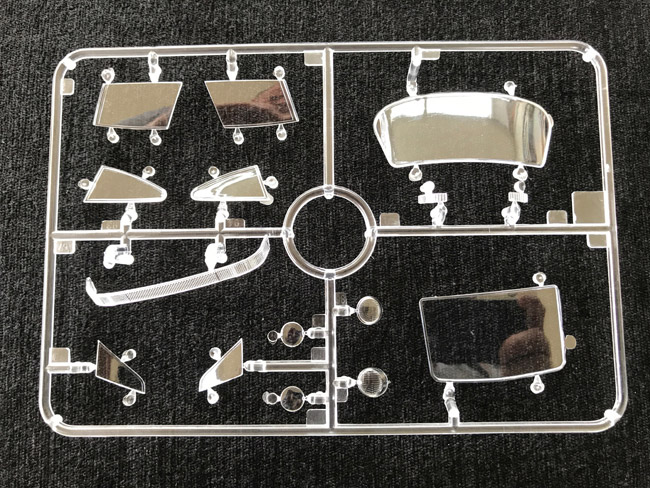 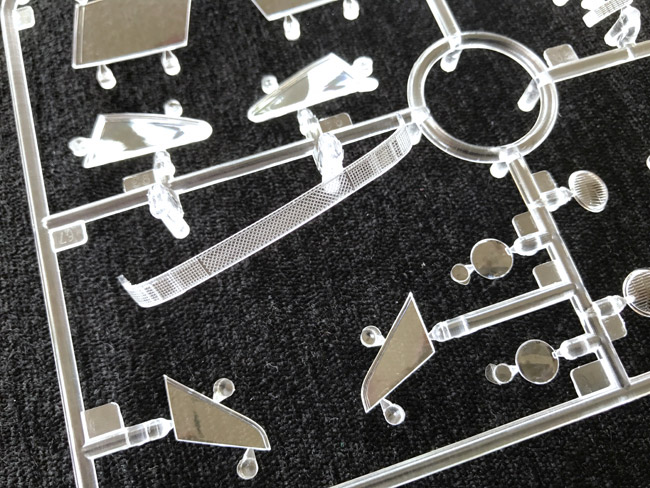 The Revell instructions look is pretty clear. Location of parts is clear but colour paint coding is for Revell paints only. You’ll have to match your own choice of paints if you go elsewhere for your choice of colour. The build sequence is pretty standard and logical but many model-lers will part company with the stated order to suit their experience. 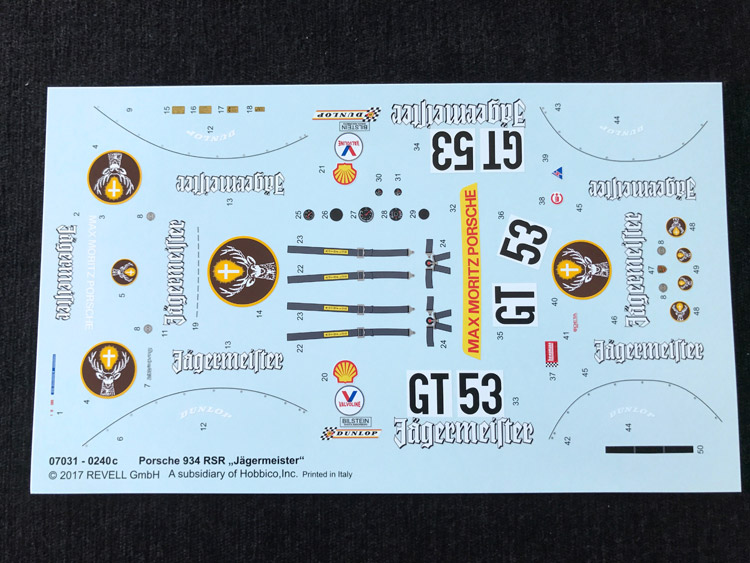 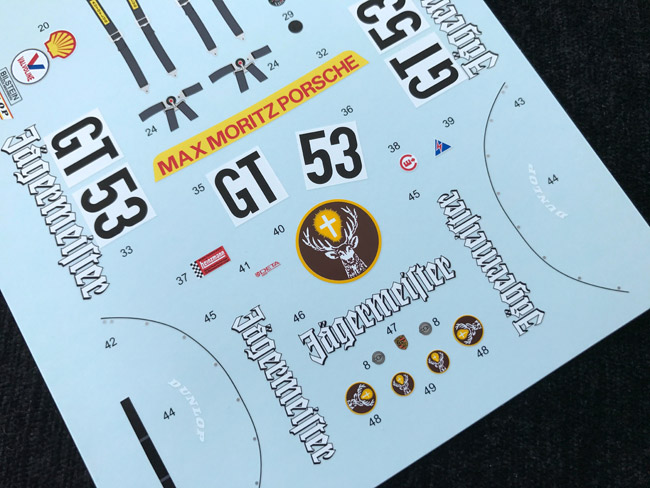 Good quality of offer here. Markings in register and colour looks good and the scheme of-fered is for that excellent GT 53 Jägermeister racing car.

This is a great subject and it’s very good to have this 1:24 scale Porsche 934 RSR. This model will provide all model car fans, especially those with an interest in racing subjects with a great new addition to their collection.
The model itself looks to be well engineered from the dry/test-fit. Moulding is good and de-tail overall equally good.
Geoff C.