The invasion of the Falkland Islands by Argentinian forces resulted in a humiliating loss of face for the United Kingdom. The decision to retake the Islands halfway around the world with an ill-equipped military force seemed to have little opportunity of success.

Despite all the difficulties presented, British forces succeeded in retaking the islands whilst overcoming a numerically superior force. The war was characterised by the sheer will of the British forces to succeed against all the odds. The images of weary but determined British soldiers, laden with heavy loads of equipment, “yomping” across the islands between fierce fire fights remain an enduring image of the war.

A range of figures was produced by the late Sid Horton under the Chota Sahib label representing the forces who fought in the war. These were used in the following diorama representing the final part of the engagement where the ground forces closed in on the encircled Argentinian forces. 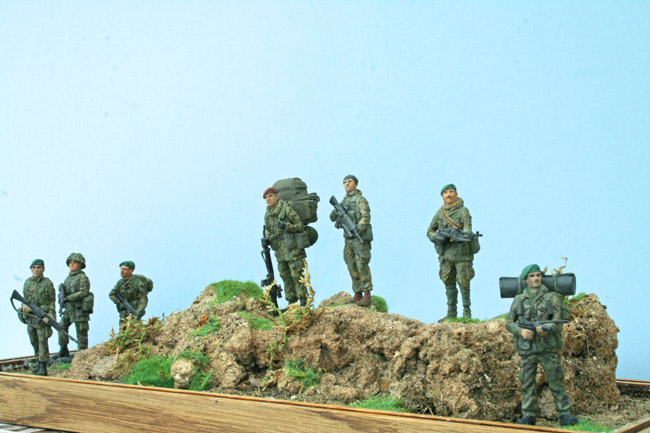 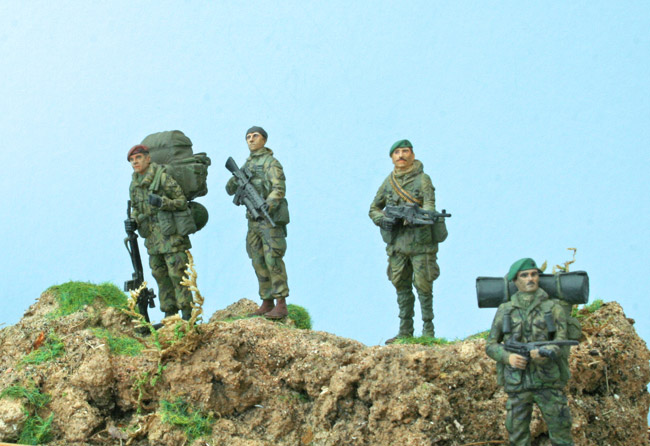 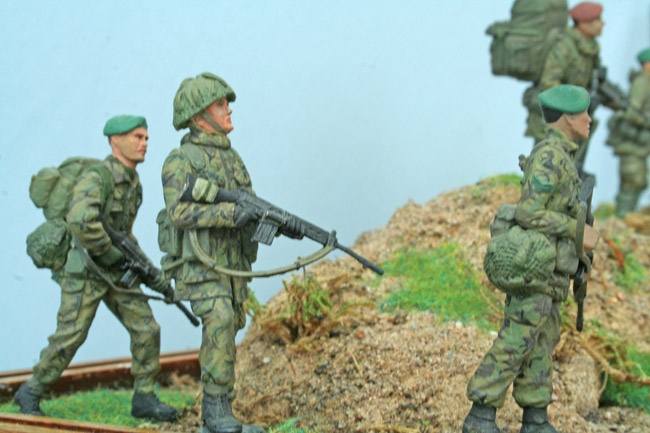 The figure on the left is from the Airfix 1:32nd range converted by the addition of a civilian backpack and a replacement head. The Welsh Guard wears one of the common versions of cold weather clothing worn during the campaign. Footwear performed poorly with “trench foot” being a common complaint suffered by troops. The Gurkha along with the others carries the SLR rifle, the standard rifle of the period. 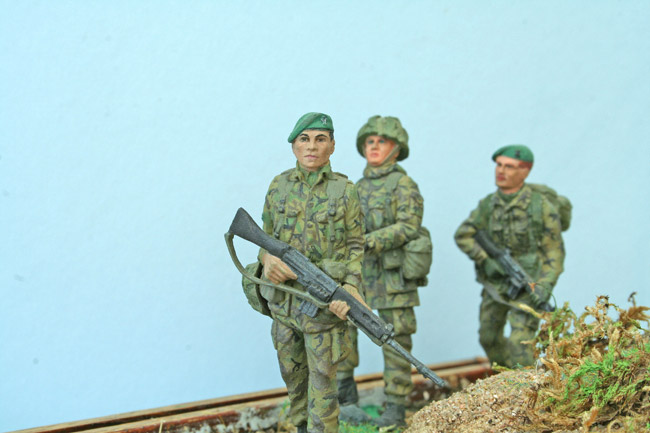 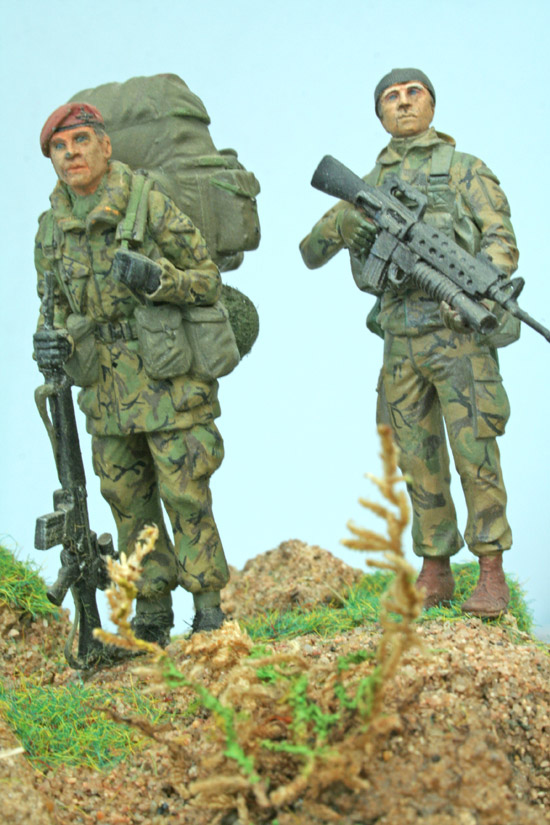 The paratrooper represents the enduring image of the heavily laden soldier who were engaged in the conflict. The clothing gives a good representation of the cold weather gear worn that proved effective by using different layers to give effective protection from the cold. Note the optical sight on the rifle. 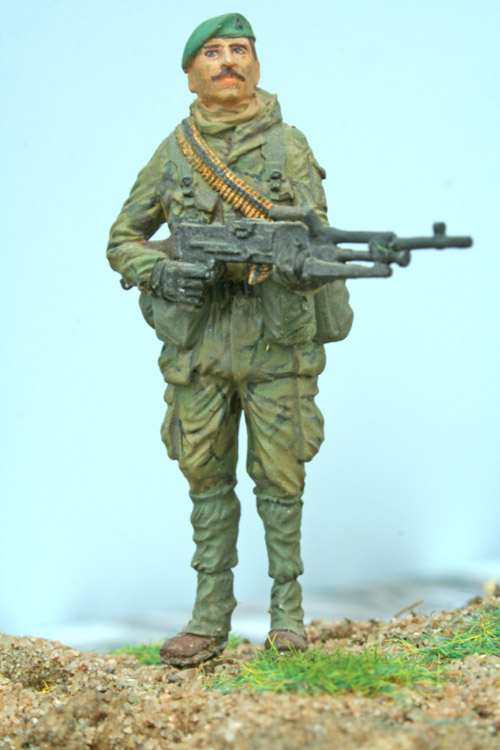 The marine carries the general purpose machine gun, used to provide much needed firepower to supplement the firepower of a squad. Civilian clothing of superior quality to issue items were used including the waterproof walking boots and leggings worn here. Belts of ammunition for the GPMG were carried by many of the troops. 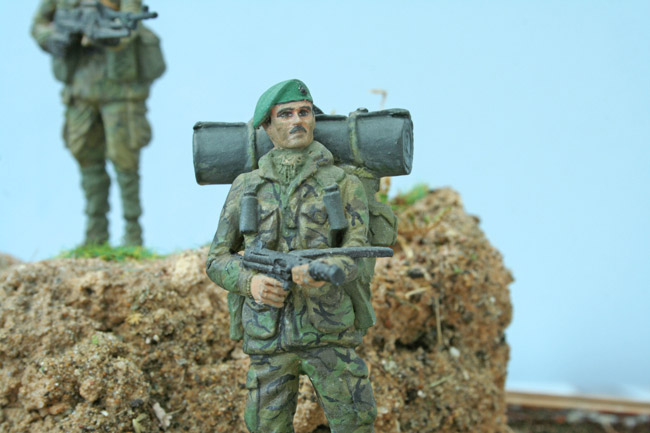 The marine carries the Sterling submachine gun which proved effective in close quarter fighting. The bed roll was a common sight being carried by troops.