A note from Geoff C…
Do take a look at Steve’s individual build of the Tamiya Churchill Mk.VII AVRE Conversion in Armour-Finished Now-Tamiya.
Over to you Steve…

The following diorama was created to represent the activities of the Beach Party members who were so essential in marshalling materials, equipment and men off the crowded beaches of Normandy on D Day. Made up of teams Navy and Army personnel they played a vital row in the success of the day.
Set out on a simple base, the scene shows a Beach Party in the process of directing vehicles off the beach. The naval officer is a Cheshire Volunteers figure (out of production) along with two sovereign 2000 figures. The seaman is a conversion using a hornet head.

The Humber scout car is a SKP mode straight from the box while the Churchill AVRE is a fairly extensive conversion of a Tamiya Churchill using commercial parts and some scratch-building. Assembly of the AVRE is described in more detail at the end of the article.

Given the uncomplicated nature the description of the diorama is minimal.

The Seaman is in the process of receiving instructions from the Beach Master while the MP directs traffic (out of view). 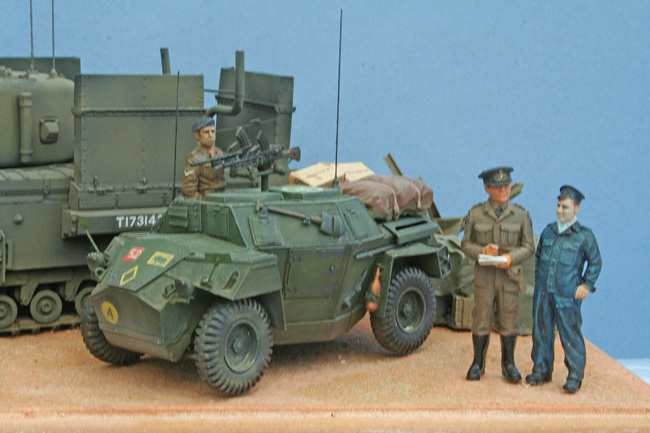 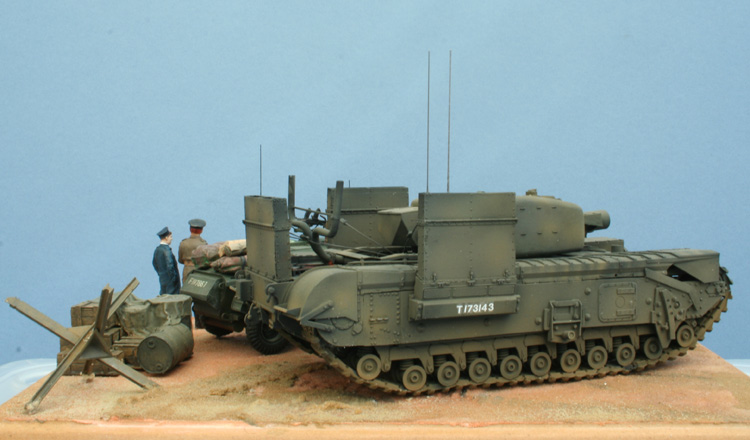