The following diorama used two actual photographs of a bomb disposal team about to remove a defused German bomb dropped on the bus station at Valletta in Malta. Detail in the photographs, while fuzzy, helped pick out essential elements used to represent the scene in the diorama.

One photograph shows a Bedford 15cwt truck lifting a defused bomb out of an impact crater. The truck has been modified by a field conversion with the addition of a crane. Key to the diorama is the relaxed attitude as the team stands around.

The second photograph captures an earlier activity as one of the team, seated on the bomb, attaches ropes from the crane to lift its load. 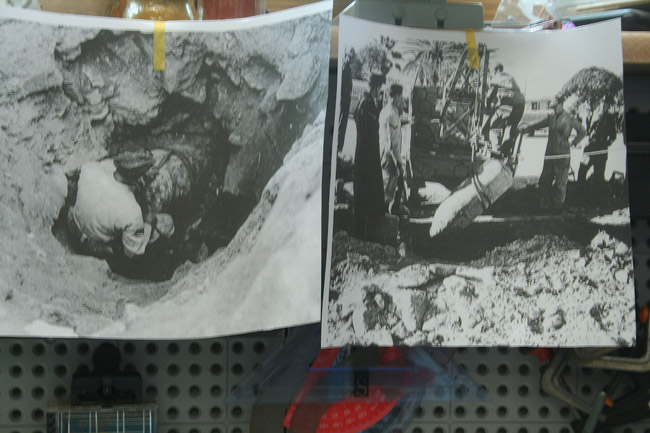 The diorama merges all of the above elements by stepping back to the point that the bomb is about to be rigged for lifting.

The project started when a friend donated a kit of the Bedford truck that he picked up at a show. Unfortunately it did not carry any manufacturer’s marks but consisted of a metal chassis and resin body, cab and wheels. The crane, like the real item had to be built and was constructed from plastic stock and bits from the spares box.

The figures were purchased from Sovereign 2000 range with uniforms modified to match those in the photographs. A refill container for a cigarette lighter was used to represent the bomb. 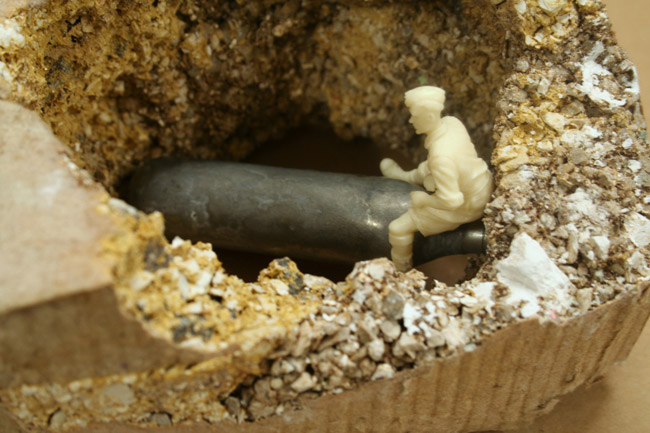