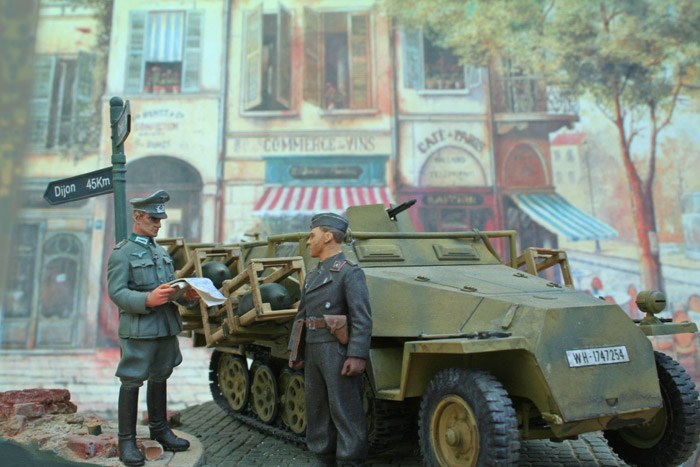 It is unusual for a modeller to use another’s work but having picked up a completed Tamiya Sd.Kfz 251 Stuka zu Fuss at a rock bottom price, it was the ideal backdrop for a pair of Verlinden figures I had completed.

The figures were some of the first produced by Verlinden and in my view some of his best. The tanker was cast in white metal with the officer in resin. Both had taken on a high level of detail when cast.

Using a deliberately undersized Great North Roads base, following a light weathering process, the half track was fixed to the base with the rear overhanging it slightly.

A Tamiya road sign was added to give a sense of location for the vignette and then the figures added with the intention for them to be the focus of the model.

The finished vignette was photographed against two backdrops with the results as follows.