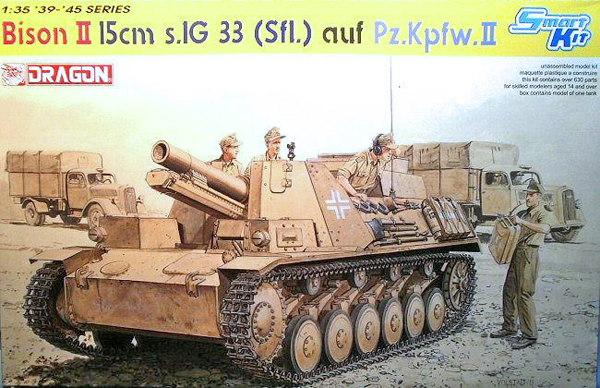 During the early stages of the Second World War much of the artillery used by the German Army was horse drawn. The need for mobile self-propelled artillery pieces led to the development of several vehicles based on the various tank chassis available at the time.

An attempt was made to mount the 15 cm artillery gun on the chassis of the Pz.Kpfw I tank (complete with the gun carriage and wheels!). This heavy gun overloaded the tiny tank chassis. The resulting vehicle was very tall and top heavy making it not only an easy target, but also difficult to drive and prone to accidents and breakdowns. 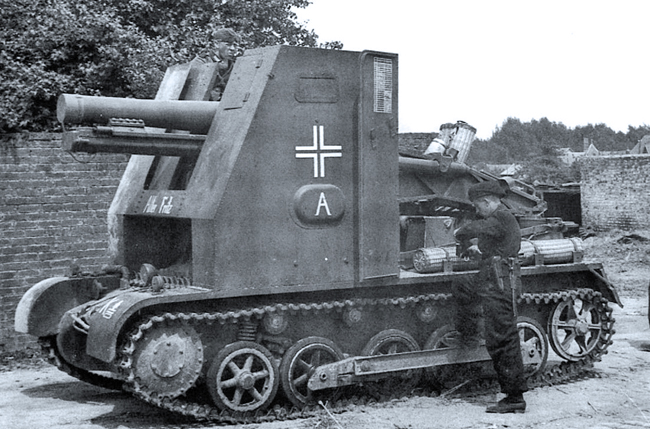 It was decided to mount the gun on the chassis of the slightly larger Pz.Kpfw II. The resulting vehicle was less top heavy and had much a lower profile.

However, it was very cramped making the gun difficult to operate and only one prototype was ever built. A decision was therefore made to mount the gun on a similar vehicle designed around a lengthened and widened Pz.Kpfw II chassis to which an extra pair of road wheels was added. 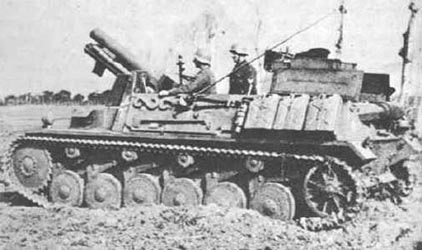 Only 12 of these vehicles (known as ‘15 cm s.IG 33 (Sfl.) auf Pz.Kpfw. II’) were built and these were transferred to North Africa in 1941 where conditions and logistical problems made the use of horse drawn artillery impractical. 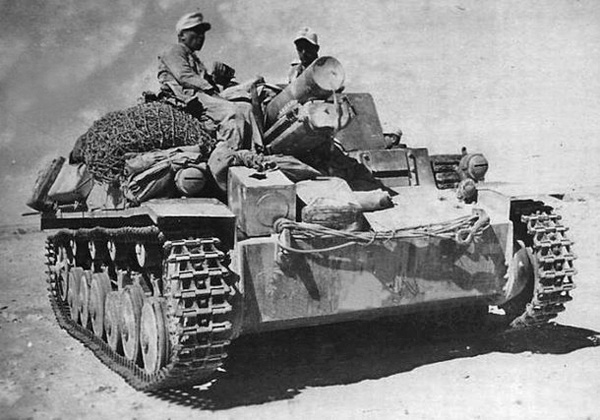 Note that the term ‘Bison’ often applied to these vehicles today does not appear to have been used during the war. I have used it here just because the word ‘Bison’ rolls off the tongue slightly more easily than ‘15 cm s.IG 33 (Sfl.) auf Pz.Kpfw. II’!

These vehicles were only partially successful. Their engines had not been modified to operate in the harsh conditions encountered in North Africa and they had to be driven with the engine covers open to avoid overheating. This inevitably led to problems when large quantities of sand and dust were drawn into the engine compartment. However, the lessons learned while operating these vehicles led to the development of more successful types such as the Wespe and Hummel later in the war.

The DML kit has been around since about 2011. I believe that a kit of this vehicle was also produced by Alan Hobbies some years earlier.

The DML kit is complex and contains many unused parts. This is due to the DML practice of using sprues from existing kits (sometimes from several different kits) along with some new parts to make new variants. In some cases, only one or two parts from an entire sprue are actually needed. In this kit there are a number of sprues from DML’s existing Pz.Kpfw II kits along some of those from their 15cm artillery gun along with a new hull and suspension parts particular to the ‘Bison’.

The instructions, which often come in for criticism in DML kits, are not actually that bad. However, I found them a little difficult to follow at times – mainly due to the large number of unused parts through which I had to search in order to find anything.

There are two small brass frets included and there are no plastic alternatives for these brass parts. 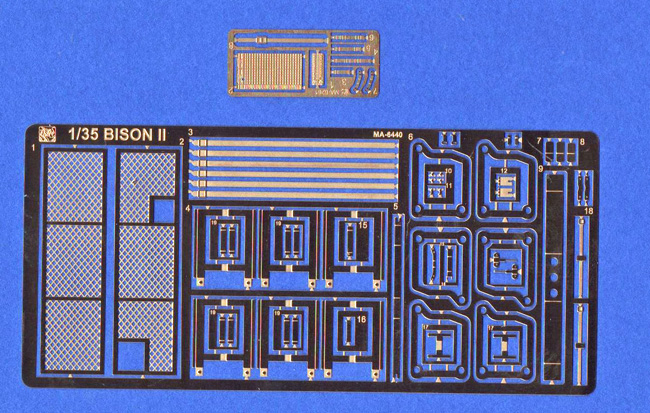