The Shurzen armour plates were undercoated with Tamiya hull red and then sealed with Vallejo matt varnish. This was because I wanted to show some scrapes, scratches and heavy paint chipping so a coat of AK Interactive worn effects chipping fluid was thinned slightly with water and then sprayed. I thin it with water (about 20%) as it’s quite thick and a bit of water will help to make it spray and flow better. When dry (a quick blast with a hair dryer will help things along), they were fixed to a polystyrene block with tape. The base dark yellow mixture is misted on and given the hairdryer treatment. Various dings and scrapes were made using some pointy tweezers before water was applied, this was allowed to soak into the plates for about 5 minutes and then the chips were created using a short cut down brush. See the techniques bank for a video on how to do this.

With the base coat on it was time for the winter white wash and first I tackled the Shurzen armour plates. Another coat of Vallejo matt varnish sealed the chips ready for the next layer of AK Interactive Worn Effects. White Tac (same as Blu Tac but white (obviously) and less oily) was applied in the appropriate areas before Gunze gloss white/flat base was applied. The reason I used this was I had run out of matt white! 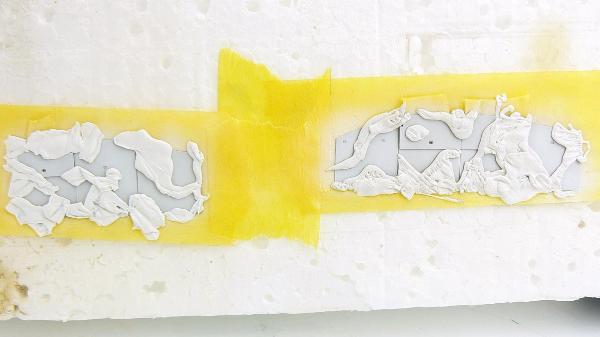 With the white applied, the White Tac was removed. As you can see, this leaves a subtle faint overspray which is in keeping with the scale, there’s no way this could be done freehand.

Now for the fun part, water was again applied by soft brush and allowed to soak for around 5 minutes before being attacked with the tweezers and brush again. I think (hope) you’ll agree that the result is very effective and realistic. 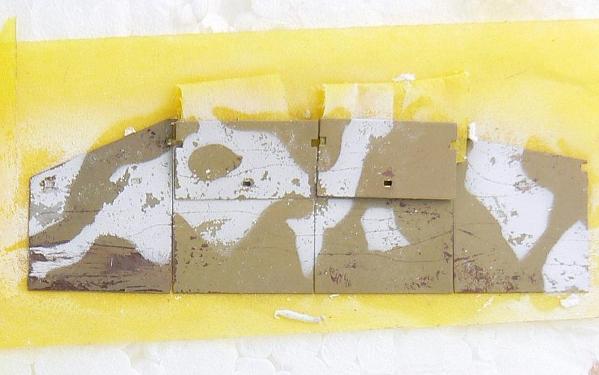 The rest of the vehicle was treated in the same way as the Shurzen. I had to be very careful though, some of the photo etch is tiny and very fragile. 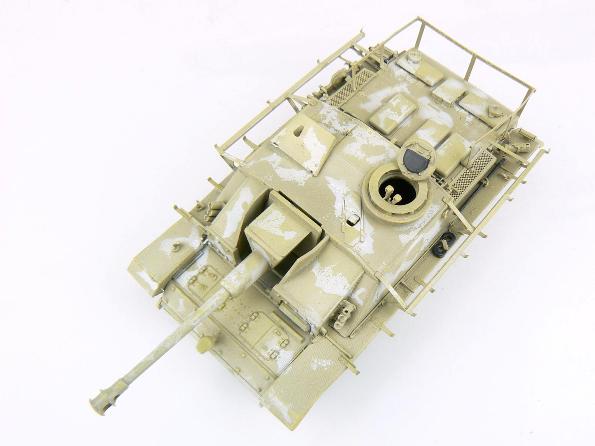 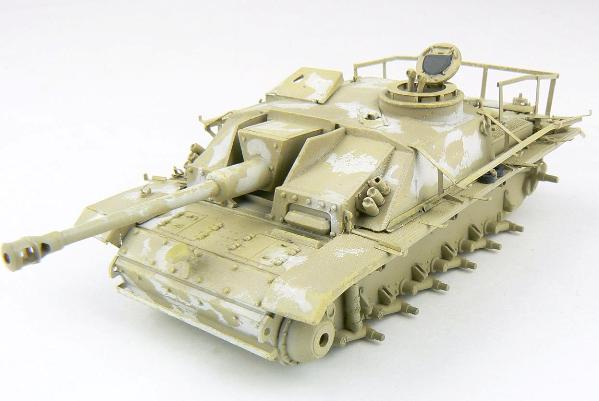