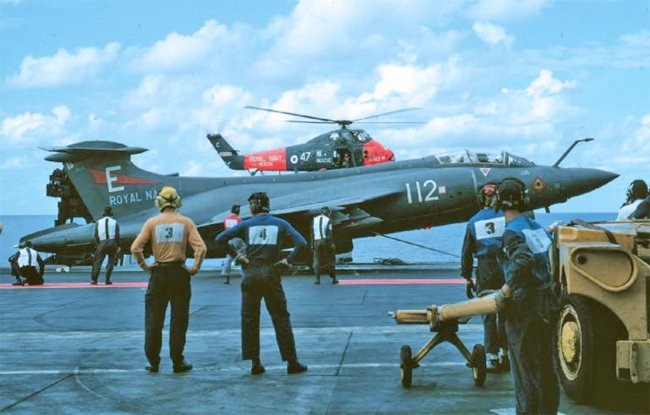 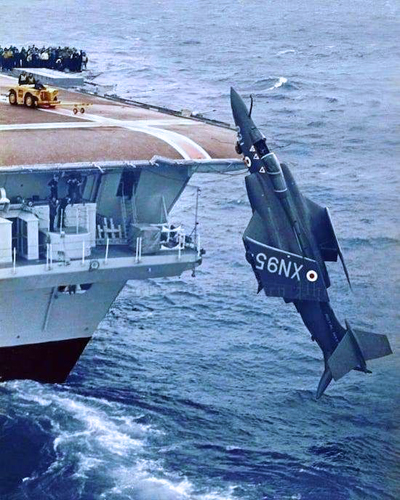 The mighty Blackburn Buccaneer was one of the most capable low-level strike aircraft of the Cold War period, originally entering Royal Navy service in 1962 to counter the significant threat of a massive Soviet Naval expansion programme. Rather than face the crippling cost of building new ships of their own to meet this threat, British thinking at the time was to use their new strike jet to destroy the Soviet ships with a combination of conventional and nuclear weapons. Capable of extremely high speeds at low level, the Buccaneer proved to be the ideal aircraft to keep the Warsaw Pact countries on their toes, even though the performance of the first Buccaneers to enter service was affected by a lack of power from their two de Havilland Gyron Junior engines.

Operating from the decks of Britain’s relatively small aircraft carriers, the Buccaneer had to be tough and its rugged, no nonsense design approach was underlined rather effectively by the aircraft’s manufacture and flight-testing procedure. Constructed at Blackburn Aviation’s Brough facility, each assembled Buccaneer was transported by road, pulled behind a truck on its own undercarriage. They would make a journey of around 16 miles down winding country lanes and across bridges with sharp bends to the company’s Holme-on-Spalding Moor facility, where they would undergo final checks and flight testing.

Addressing most of the issues which prevented the early aircraft from realising their full potential, the Buccaneer S.2 was a much-improved platform, boasting a modified wing, increased fuel capacity and a pair of powerful Rolls Royce Spey engines. This new variant provided the Fleet Air Arm with a truly exceptional strike aircraft, which excelled in the low-level environment in which it was tasked to operate. One particularly useful design feature for an aircraft which operated mainly over water was the type of ejection seat fitted in the Buccaneer – in the event of a ditching, the seat would still fire even if the aircraft was submerging. As the Royal Navy retired their larger carriers in 1978, their much-loved Buccaneers were transferred to the care of the Royal Air Force, who were already admirers of the many qualities possessed by this aircraft and grateful for this increase in their inventory. At its peak strength towards the end of the 1970s, the Blackburn Buccaneer equipped no fewer than six Royal Air Force Squadrons.

I built Airfix’s original 1:72nd Buccaneer as a Gulf War RAF aircraft several years ago and although it looked like a Buccaneer when finished it was definitely showing its age as a moulding with raised panel lines and lots of flash. It was therefore a welcome announcement from Airfix that it was going to produce a new tool Buccaneer in 1:72nd initial as an early Royal Navy version and then followed by the later RAF version. I must admit I’m not a great fan of 1:72nd kits (I find it too small a scale especially for smaller subjects) but occasionally I will venture into this scale when something ‘perks’ my interest. This was the case with this kit after I saw one of my friend’s (Paul, your name’s in a magazine!!) completed Buccaneers and I thought I really like it so I bought one and let’s see what I thought of it.