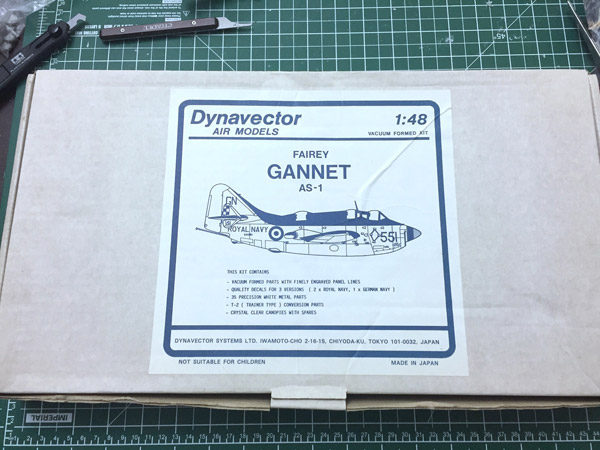 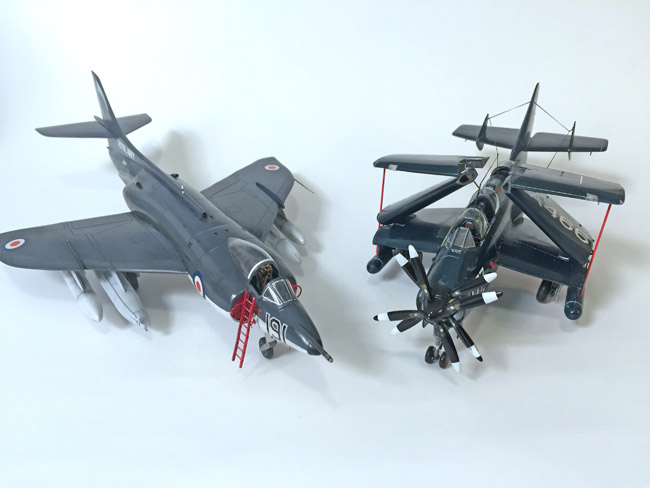 After a break of many years I decided to return to the hobby and fulfil my dream of building a model collection of aircraft which operated from my home town of Lossiemouth from 1946 to the present. I decided that my collection would consist of predominantly 1:48 scale models with a few 1:32 and 1:72 thrown in.

So, to start my collection I decided on these two rare beauties. The Dynavector Supermarine F.1 Scimitar and the Fairey Gannet AS.1. These models went out of production many years ago but occasionally pop-up on eBay for stupid prices but if you are willing to pay, they are probably the best examples of these aircraft out there (at the moment – subtle hint to Trumpeter).

I have built vacuform models before but not to this scale, so I opened the boxes with some intrepidation and excitement. I needn’t have worried. Both kits came in two large sheets with a bag of white-metal parts, two canopies, a ‘vague’ instruction sheet and although these kits are showing their age, a surprisingly good decal sheet. 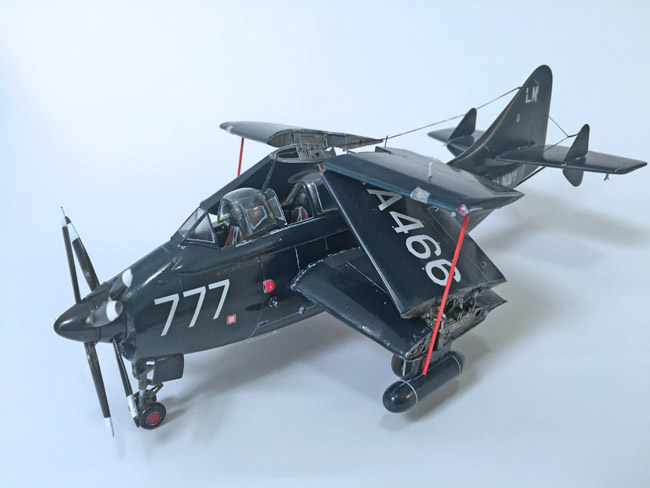 I decided on starting the Gannet first and opted to convert the kit into the COD Mk.4, 846 NAS XA466:777/LM which was the Carrier Onboard Delivery (COD) version based at ‘Lossie’ and would be shown in its familiar dark navy-blue livery.

Incidentally, the aircraft has survived to this day and is housed at the Yeovilton Air Museum in Somerset.