First port of call is the cockpit and I suppose this could be considered quite a simplified affair but this is 1:72nd scale and with a little bit of care and the instrument panel decals this can be made to look fine. Eduard do produce a PE set if you want to add additional detail but I just stuck to what was in the box – not even some seat belts!! 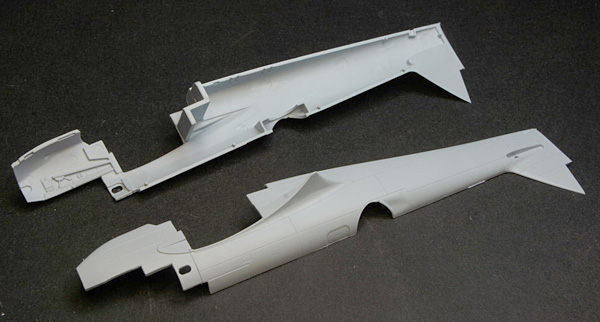 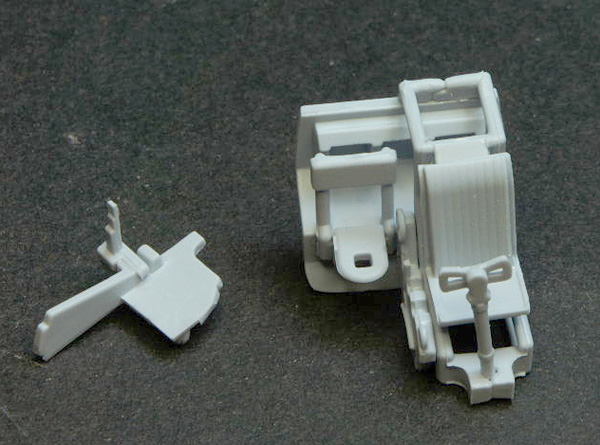 Once the cockpit is in place the fuselage halves can be joined, no issues here and then it’s time to look at the wings. The interior of these were spayed RAF Interior Grey-Green and the undercarriage supports glued in place. The wings have the option for raised or lowered flaps which are a nice touch in this scale. The assembled wing can them be slotted into the fuselage; the fit is very good and the wing centre section also includes a bomb bay that can be displayed either open or closed. 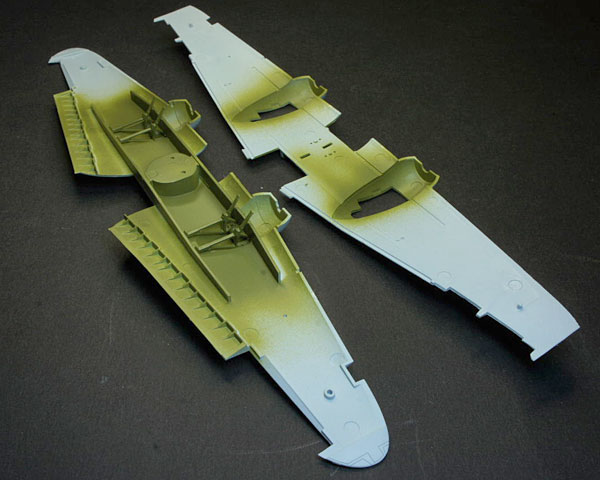 The only problem that I encountered with the kit came next; the canopy glazing. This is quite a complicated affair especially in this scale and the multiple part assembly requires quite a bit of dry-fitting and `adjustment` to get an acceptable fit – I still had to use some Krystal Klear to fill some small gaps along the joins. The clear parts required some careful masking due to the small size of the panels but once done this area was sprayed over with the interior green in preparation for the camouflage. 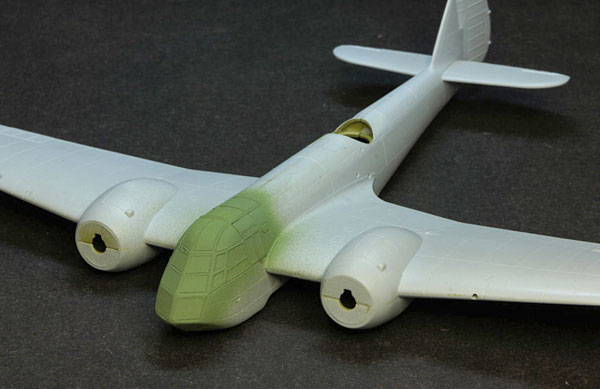 Spraying the camouflage was straightforward with the black lower surfaces being done first and masked off followed by the upper Dark Earth brown with some post-shading being applied. I didn’t go over the top with this post-shading as it can look odd if it’s overdone in this scale. The upper camouflage pattern itself was masked off using Blu-Tack rolls and tape and again the Dark Green was subtlety post shaded. Once complete the standard gloss varnish was applied in preparation for the decals. These performed well enough, they are a little thick but some Micro Sol got them to settle into the panel lining. Once fully dry a dark wash was applied and then a coat of matt varnish to finish things off. 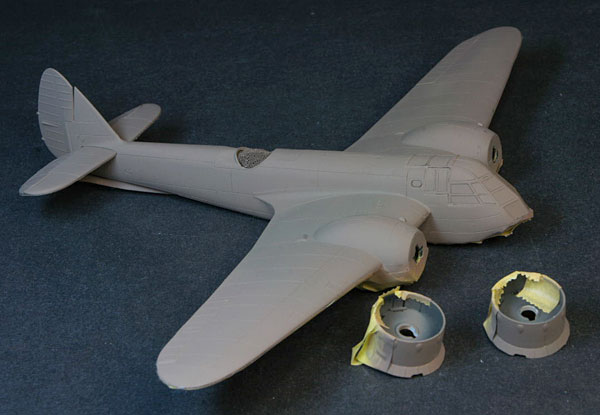 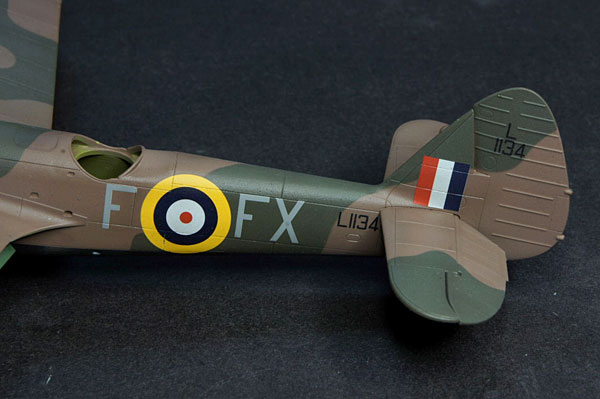 Turret and the end…