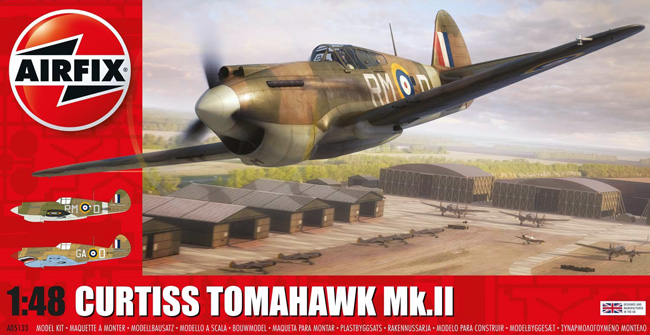 Assembly starts as usual with the cockpit interior. The model was built more or less ‘from the box’ so I didn’t add much in the way of extra detail, apart from a set of Eduard’s pre-painted seat belts. I decided to use a set for U.S. fighters rather than one for R.A.F. machines as I assumed that they would have been fitted with these during manufacture before being supplied to the R.A.F.

The smaller components of the model were mounted on cocktail sticks and pieces of scrap sprue ready for priming and painting. 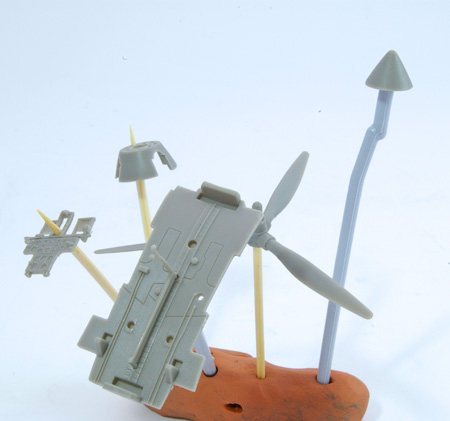 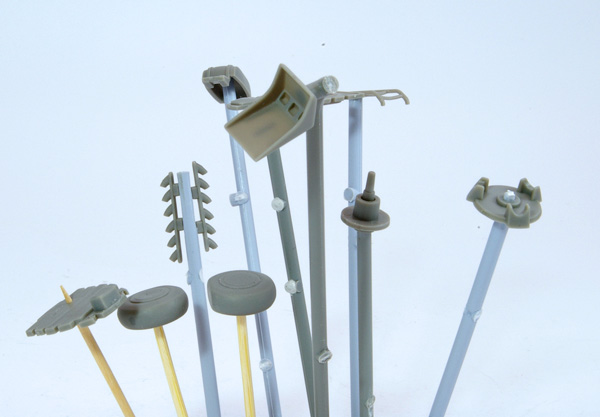 The only areas that I felt needed a little attention were the small injector pin marks on some of the electrical boxes moulded into the side walls as I thought these would be visible on the finished model. Squadron’s Green Putty was used to fill these recesses before they were carefully sanded flat.