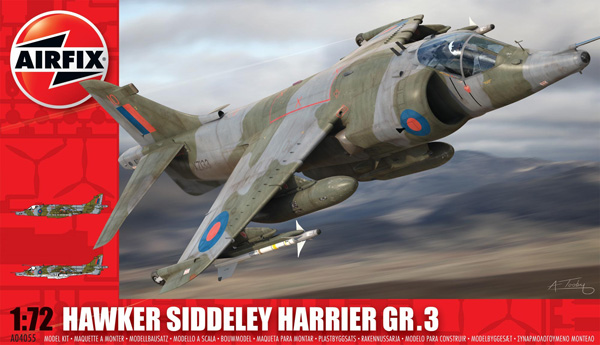 As you may have seen we have an ever-growing air force of Airfix 1:72 Harrier aircraft in Finished Now-Airfix Page – check it out because across all the builds by Dave and one by me, there are some useful hints and tips for making these kits. 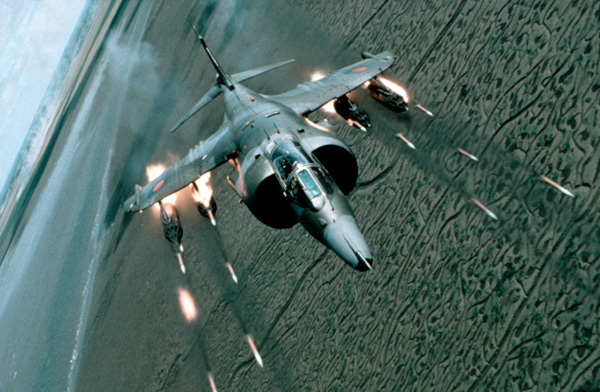 The Hawker Siddeley Harrier, known colloquially as the “Harrier Jump Jet”, was developed in the 1960s and formed the first generation of the Harrier series of aircraft. It was the first operational close-support and reconnaissance fighter aircraft with vertical/short take-off and landing (V/STOL) capabilities and the only truly successful V/STOL design of the many that arose in that era. The Harrier was produced directly from the Hawker Siddeley Kestrel prototypes following the cancellation of a more advanced supersonic aircraft, the Hawker Siddeley P.1154. The British Royal Air Force (RAF) ordered the Harrier GR.1 and GR.3 variants in the late 1960s. It was exported to the United States as the AV-8A, for use by the US Marine Corps (USMC), in the 1970s.

The RAF positioned the bulk of their Harriers in West Germany to defend against a potential invasion of Western Europe by the Soviet Union; the unique abilities of the Harrier allowed the RAF to disperse their forces away from vulnerable airbases. The USMC used their Harriers primarily for close air support, operating from amphibious assault ships, and, if needed, forward operating bases. Harrier squadrons saw several deployments overseas. The Harrier’s ability to operate with minimal ground facilities and very short runways allowed it to be used at locations unavailable to other fixed-wing aircraft. The Harrier received criticism for having a high accident rate and for a time-consuming maintenance process.

In the 1970s the British Aerospace Sea Harrier was developed from the Harrier for use by the Royal Navy (RN) on Invincible-class aircraft carriers. The Sea Harrier and the Harrier fought in the 1982 Falklands War, in which the aircraft proved to be crucial and versatile. The RN Sea Harriers provided fixed-wing air defence while the RAF Harriers focused on ground-attack missions in support of the advancing British land force. The Harrier was also extensively redesigned as theAV-8B Harrier II and British Aerospace Harrier II by the team of McDonnell Douglas and British Aerospace. The innovative Harrier family and its Rolls-Royce Pegasus engines with thrust vectoring nozzles have generated long-term interest in V/STOL aircraft. Similar V/STOL operational aircraft include the contemporary Soviet Yakovlev Yak-38. A V/STOL variant of the Lockheed Martin F-35 Lightning II is currently under development

This is the fourth build in my Airfix Harrier Project. I`ve already done the GR1, FRS1 FA2 and great little builds they were too. This is just a quick build in line with the others as the kits are quite basic mainly due to their scale.