This build of Airfix’s 1:24th Typhoon was done soon after it’s release in 2014. I saw it at the unveiling at IPMS Scale Model World and decided then that I had to build it.

It is a masterclass in engineering, allowing easy construction steps and sub-assemblies to be built up. The surface detail is exquisite, and the Napier Sabre engine is a kit in itself. 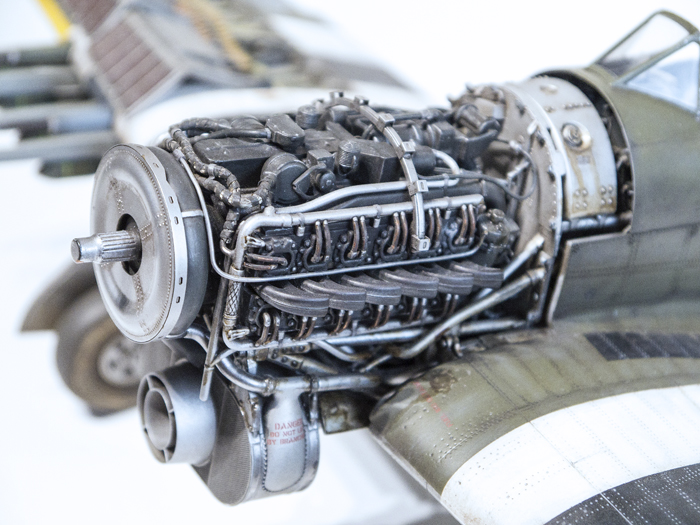 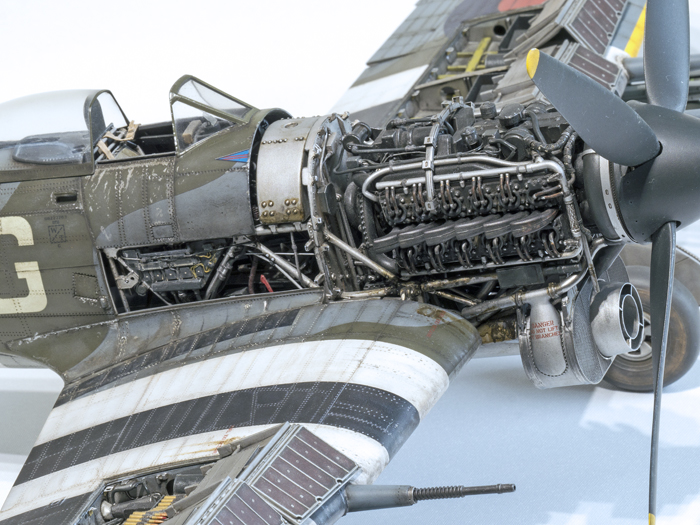 Saying that, the kit does have its faults. The parts have extensive mould seams that take very careful removal, particularly on the cockpit tube framing. Ejector pin marks are also evident.

The one big weakness, literally, is the undercarriage. The kit plastic parts, while being superbly detailed and realistic, don’t seem to be up to the job of supporting the weight of the finished model. This would be even worse if aftermarket extras are being used, adding even more weight. I actually had an undercarriage failure and had to carefully remove both main legs and drill and pin them for extra strength. In hindsight, if I had done this whilst assembling this would not have been a problem…my bad… 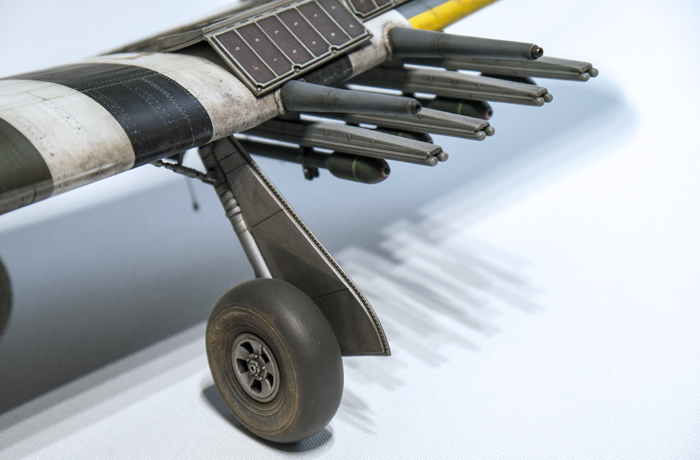 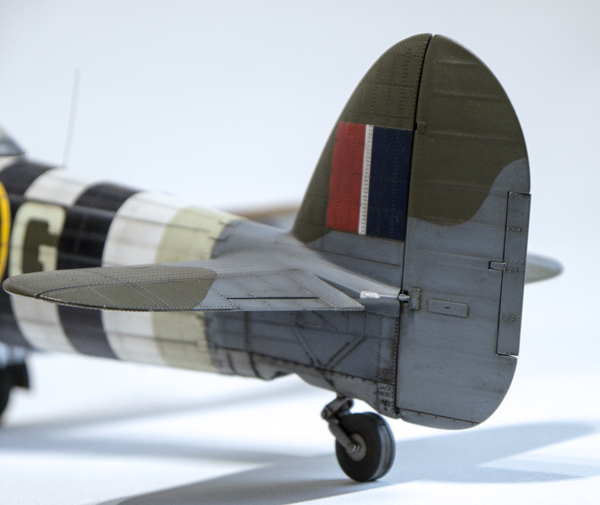 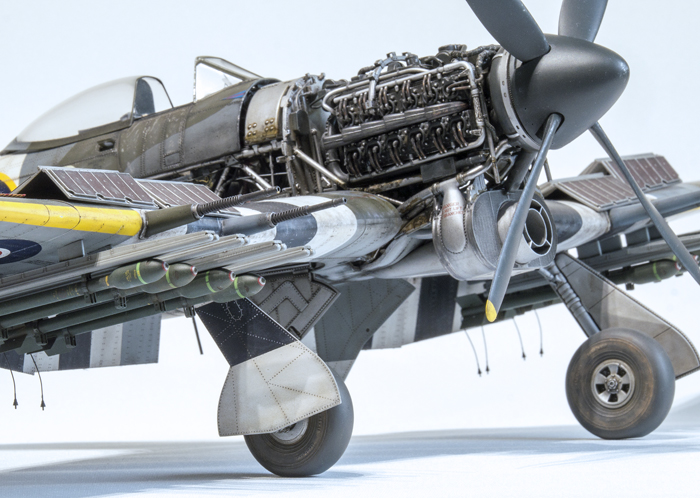 Scale Aircraft Conversions (SAC) do a metal undercarriage set that replaces all the kit plastic with metal. I thoroughly recommend using this upgrade.

The ammo belts were from Live Resin, LRE-16001, and are actually 1:16th scale .50 cal belts. After some measuring and calculating, these were found to be a good match for 1:24th scale 20mm rounds. 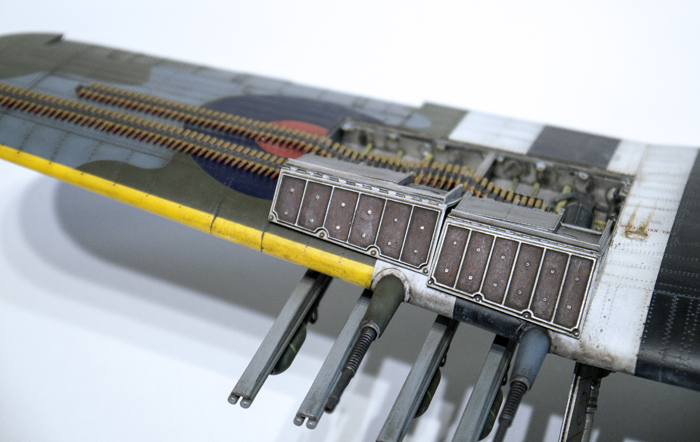 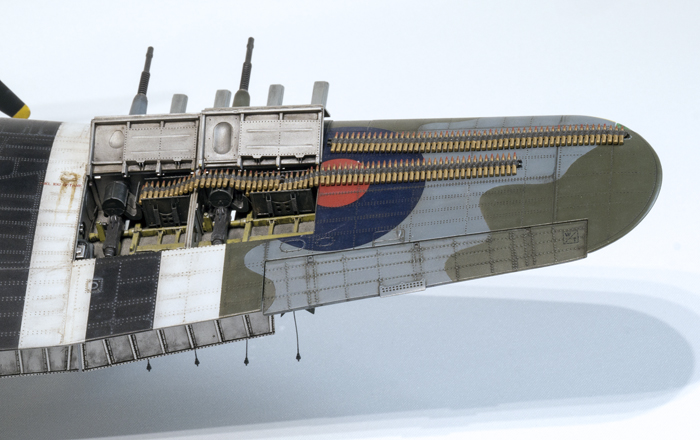