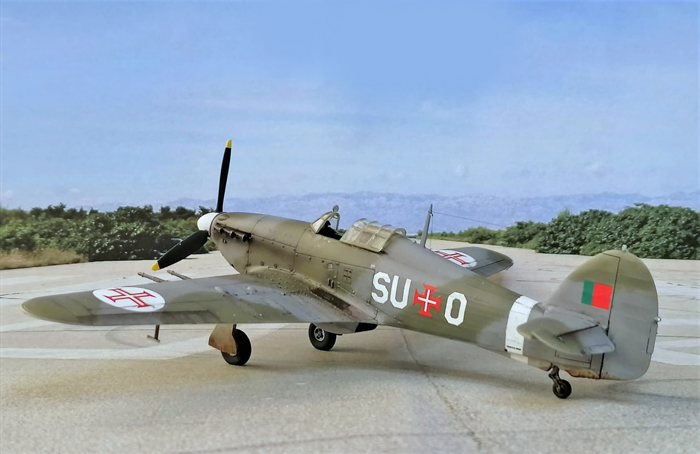 The Hawker Hurricane in Portuguese service

The first six Portuguese Hawker Hurricane, of the Mk IIc model, came from British bases in Libya and flew to Portugal making a stopover in Gibraltar, where they exchanged British identification for rudimentary Portuguese crosses.

The immediate mission of these aircraft was the adaptation of the Portuguese pilots to this fighter plane, made by the British pilots who flew them from Libya, with these six planes forming the first Portuguese Hurricane squadron, identified as VX.

Between August 26, 1943 and March 1944, the remaining 97 Hawker Hurricane, essentially Mk IIb and Mk IIc models, arrived in Portugal by sea and were distributed over five squadrons (including the VX), each composed of airplanes of the same version.

The Hurricane squadrons formed were as follows:

Between April and September 1947 another 44 Hawker Hurricane Mk IIc and 1 Mk IIb were received, distributed among the existing squadrons. 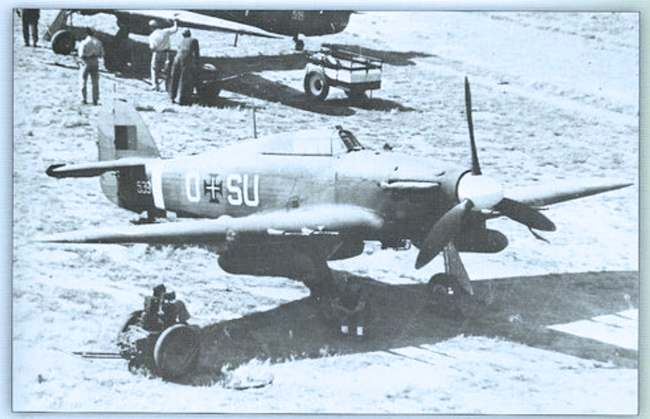 Between 1949 and 1952 many Hurricanes were taken out of service because they were reaching the operational limit.

Meanwhile, the RV and VX Squadrons are extinguished, and their planes are distributed among the squadrons stationed at BA1 and BA3.

With such a high quantity of Hawker Hurricane, to which were added a hundred Supermarine Spitfire, Portugal had in the second half of the forties an impressive air power, with updated planes, a fact that has not been repeated, at least with the same size.

As for the painting scheme, they always maintained the camouflage of the RAF day fighters, with the upper surfaces in dark green and dark grey and the lower surfaces in light grey. They sported the Cross of Christ on a white circle on both sides of the wings.

On the sides of the fuselage, they had the Cross of Christ, without the white circle, flanked by the squadron letters painted in white and also the registration number, near the horizontal stabiliser, also in white.

On the sides of the vertical stabiliser there was a rectangle with the national colours, without the shield. The leading edges of the wings, between the landing lights and the ends of the wings, were sometimes painted in yellow, in a narrow strip. However, it is rare to find photographs with this scheme applied, the most common being the absence of this yellow stripe.

The painting was completed with the colours of the squadrons, visible in the propeller hub and in a strip around the fuselage, close to the tail. The GL Squadron used blue, RV yellow, SU white, TY red and VX green. The MP, which also used the colour green, had a white spiral in the propeller hub.

Some of these squadrons painted their badges on the left engine panel. 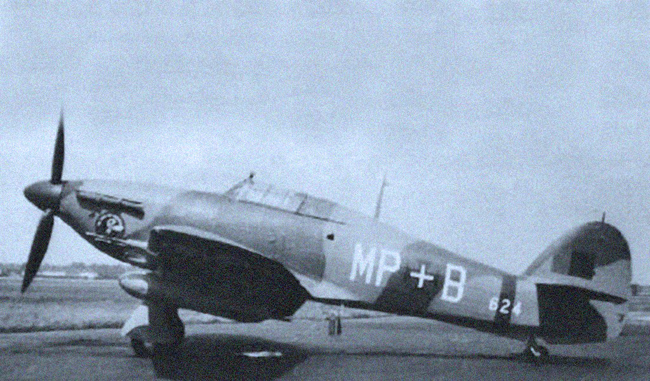