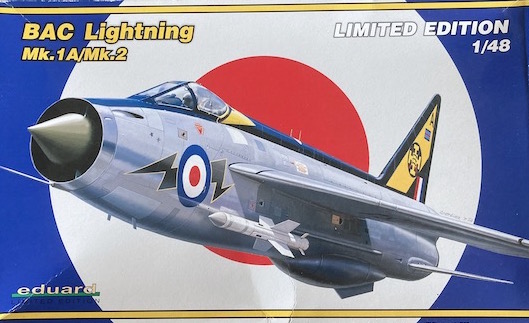 This started out as a multi build of three separate Lightnings simultaneously way back in 2017, the plan being to build:
1. An F3 from the Eduard F1 boxing, which is the full Airfix kit including all the parts to build an F3
2. A T5 from the Sword kit
3. A Saudi F53 from the early Airfix F6 boxing.

I started the intakes for these (plus two others that I planned to do as nose sections with cutaways to show the cockpit interiors etc) and then we moved house! Two years later having got around to sorting out my hobby room (benefits of moving to a larger place!) I started again. It was at this point the plan changed and the focus became the F3, which was to have a lot of extras thrown at it (see list below). This was completed over 2019 with various house projects interrupting progress in the summer months.

To build a 111 Squadron F3 from around the time they displayed at the Paris Airshow in 1965. The aircraft I chose was XP739 ‘H’, which only had a short life being lost on 29th Sept 1965 whilst on approach to Wattisham. This was in a well known photo of four Lightnings taken in formation which I saw on the cover of Scale Aircraft Modelling Vol 22 Issue 3 and provided the inspiration.

As I have previously built a few Airfix Lightnings posed in flight I wanted to do this with as much on display as possible, e.g. upper engine, spine cover open etc. and as I had gathered quite a few Lighting related extras up to that point a lot of mixing and matching took place. 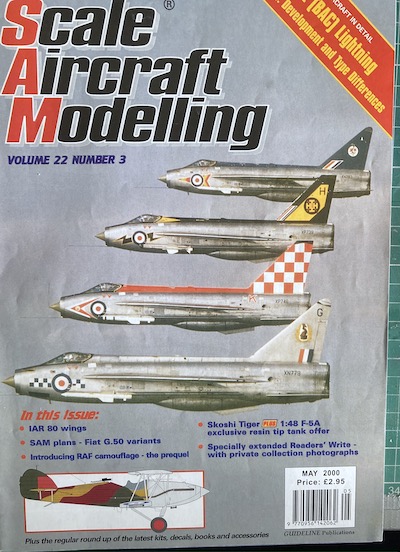 I have loads of books on the EE / BAC Lightning, but these two provided the main source of detail:

Before we get started, here’s a look at how it all turned out…

So the following is a summary of the build, that for various reasons is a bit light on photos from the early stages, but I will endeavour to cover the key areas (particularly of the aftermarket items) of fit and assembly.