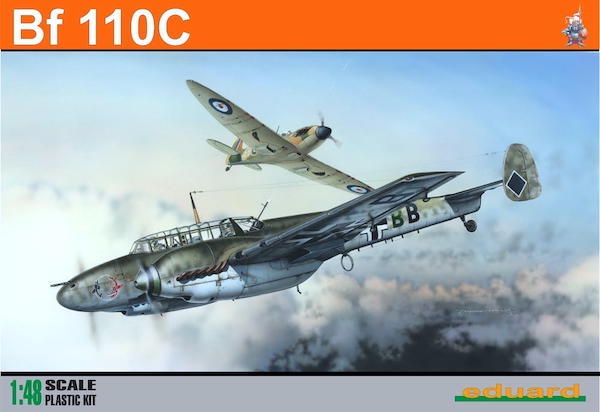 The first pages of history for the famous Zerstörer Bf 110 were written at the end of 1934, when C-Amt RLM (the technical branch of the Reich’s Air Ministry) issued a specification for a two seat, twin engined aircraft to fulfil a need within the Kamfzerstörer category. Submitted proposals came from Focke-Wulf (Fw 57), Henschel (Hs 124) and BFW (Messerschmitt Bf 110). In the spring of 1935, the RLM changed its thinking on the spec and cancelled the universal Kamfzerstörer category in favour of two specific types, the Schnellbomber and the Zerstörer. The new concept of a heavy fighter of the RLM were best satisfied by the Messerschmitt design, which wasn’t really dictated as much by the original specifications. The first prototype, the Bf 110 V1, first flew May 12, 1936, and the modified second prototype V2 was submitted to the Erprobungstelle in Rechlin on January 14, 1937. Four development aircraft, A-01 to A-04, powered by JUMO 210Da engines, were delivered at the beginning of 1938. A production run of 45 Bf 110Bs began in July, powered by JUMO 210Ga engines, delivering some 500kW (680hp).

At the end of 1938, the production line for the high-performance DB 601 finally got going, and these were mounted into the first major Bf 110 version, the Bf 110C. The Bf 110C, as was the case with the Bf 110B, was armed with two MG FF cannon, mounted in the fuselage below the cockpit floor, four MG 17 machine guns mounted in the nose and one rear firing MG 15 machine gun manned by the gunner/radio operator. There was a crew of two. The Luftwaffe received a total of 169 Bf 110C’s by September, 1939. The first combat experience of the type in Norway and France uncovered a small operational radius, unsuitable for an escort fighter. The first attempt to remedy the shortcoming came in the form of a large, under-fuselage conformal type external fuel tank, called the Dackelbauch. The Bf 110C-3, adapted to carry this tank, were re-designated D-0. 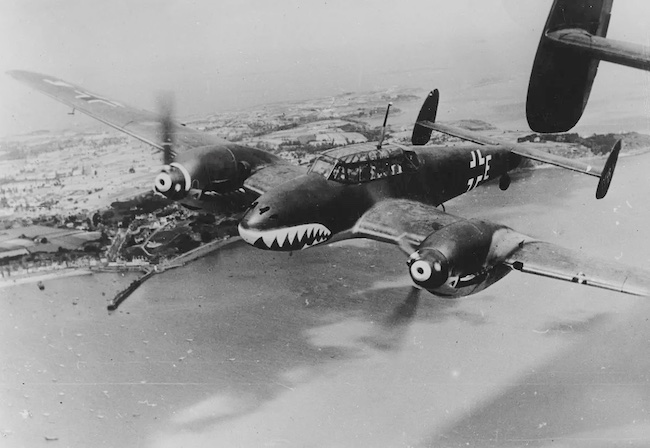 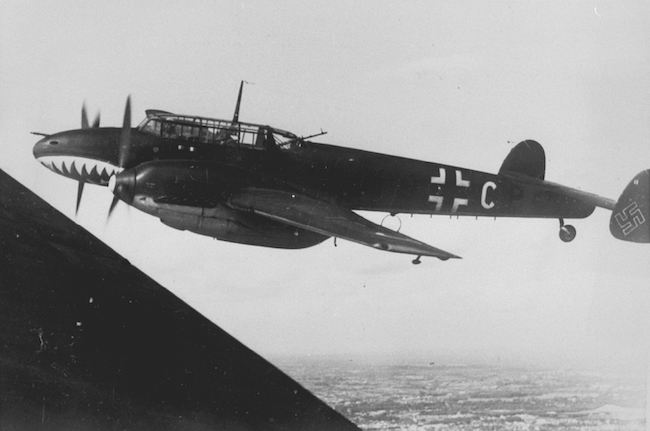 The Bf 110 went through not only technical changes throughout its career, but also through a development of its operational use. It entered the war as a heavy escort and attack fighter. By the time of the Battle of Britain, it became apparent that the aircraft, in the role of escort fighter, had been pushing the envelope of its capabilities. On the contrary, as a defensive weapon against British bombers, the Bf 110 made an extremely good showing of itself, and remained a deadly foe through to the end of the war. The placement of RAF bombing operations within night-time hours from 1941 brought the Bf 110 into the realm of night fighting on the Western Front.

Here’s a picture of my finished model to give you an idea of what the final result can look like.

This kit has been built twice already for SMN but those versions were the later E/G models – see the eduard page in Aircraft Finished Now. These builds highlighted some fit issues that were apparent to the early releases of this kit. My plan here is to build the earlier Battle of Britain E model and to try and show you how to get around these issues. Note that some of these have been rectified for the newer releases of this kit such as the recently released Adlertag boxing.