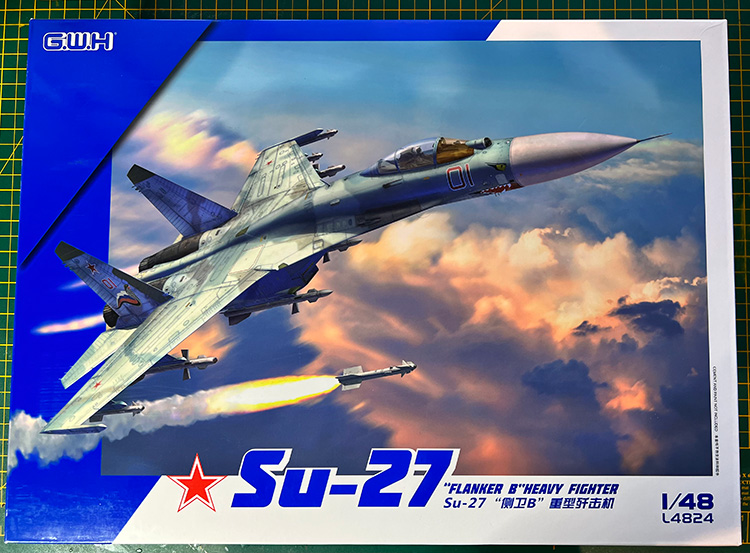 I’d always had an interest in building a Ukrainian Su-27 in the three-tone digital camouflage scheme that was introduced in 2015. I bought the Foxbat mask set for the two-seater Su-27A several years ago and even acquired a two seat Academy Flanker. Unfortunately, the kit I bought was the Su-30MK which turned out to be quite a bit different to the earlier Ukrainian so that was sold on but I did keep the Foxbot set in the hope of acquiring a decent Su-27 at some point. Eduard did release a SU-27UB in 2013 but this kit was still the based on the Academy kit with all its accuracy issues even though it did have some nice PE, resin and decals. I did have a look for this kit but it turned out to be elusive and when I could find one quite expensive so this Ukraine Su-27 was indefinitely put on hold.

Roll forward to 2022 and two things happened, firstly the Ukrainian/Russian War re-ignited my interest in doing this project as a tribute to the Ukrainian Air Force and secondly, I saw a stunning completed GWH Su-35 at the Scottish National Model Show in Perth. I happened to know the modeller who made this and after a quick conversation and being told that they also produced a single seat and twin seat Flanker I was on a mission to find one. I couldn’t find the twin seater but I did manage to get hold of the single seater which I hoped the Foxbot masks could be adapted to so the project was back on.

Without spoiling how it went here’s a couple of pictures of my finished model so have a read on to see how I got here. 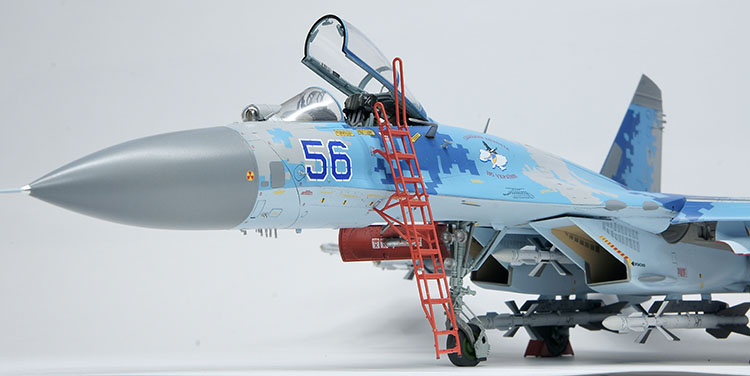 Basically, I used the internet as there are lots of pictures of Ukrainian Su-27s as prior to the Ukraine / Russia War they were a regular and very popular visitor to Western Airshows. Below is just a small selection of the ref pictures that I used that were invaluable in this build.

First lesson here is to have a good look in the box before you purchase aftermarket items as you may find that in some cases the kit is that good that you don’t actually need a lot of it – here being a perfect example of that!

What I bought and what I actually needed: 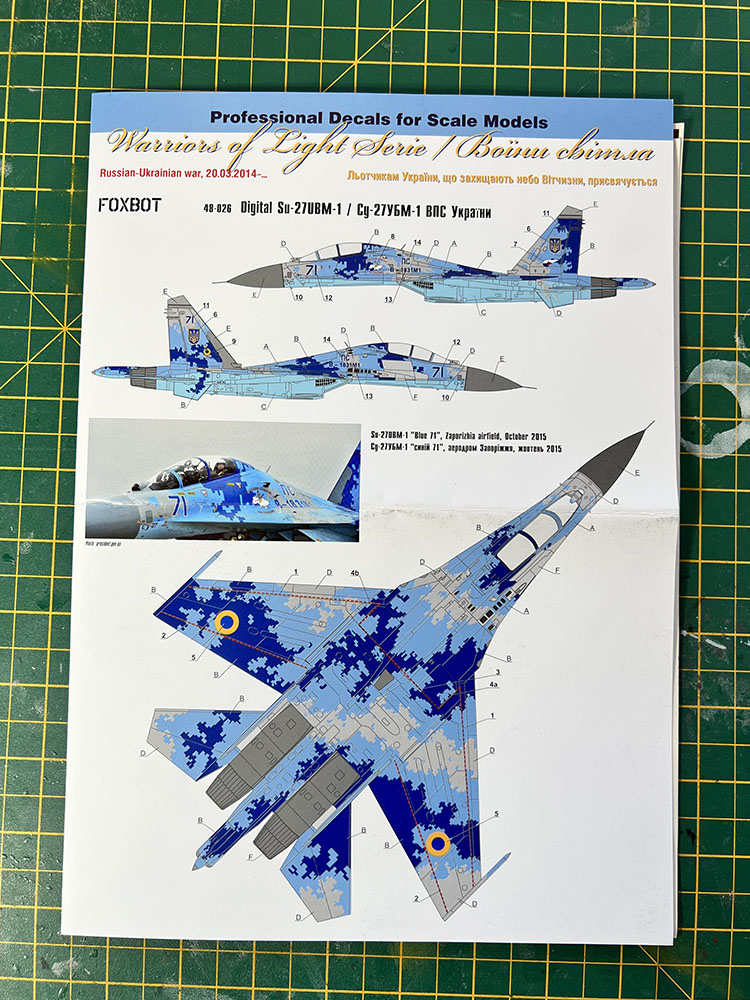 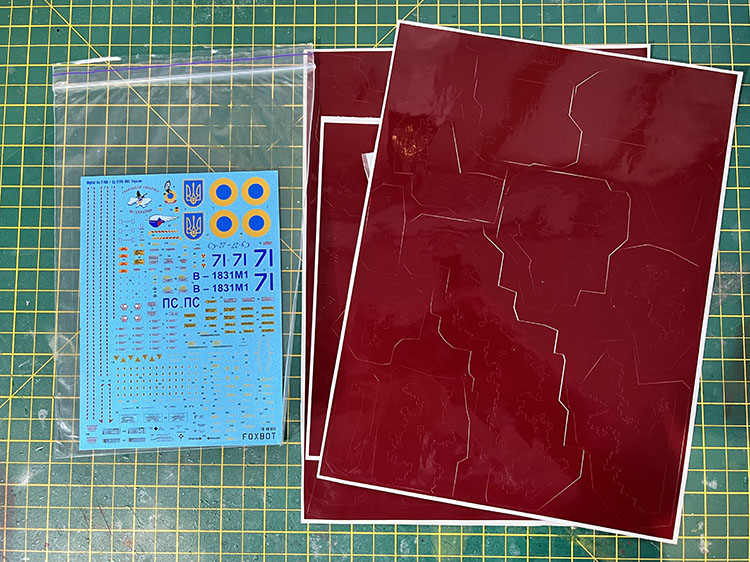 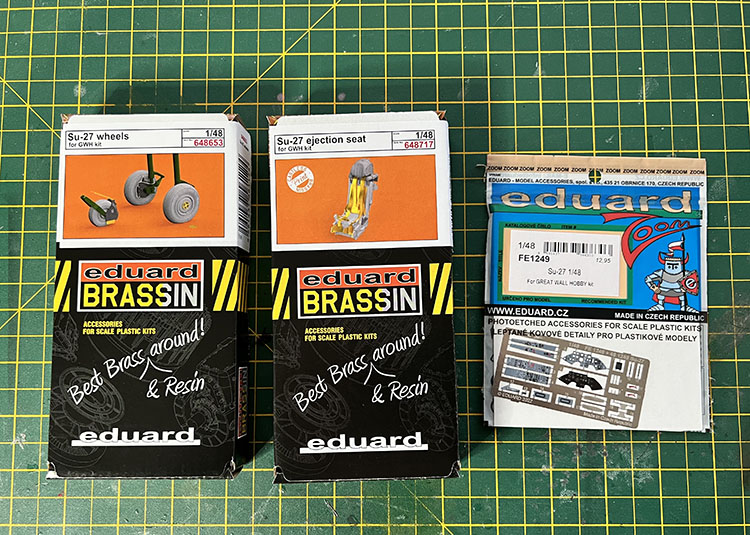 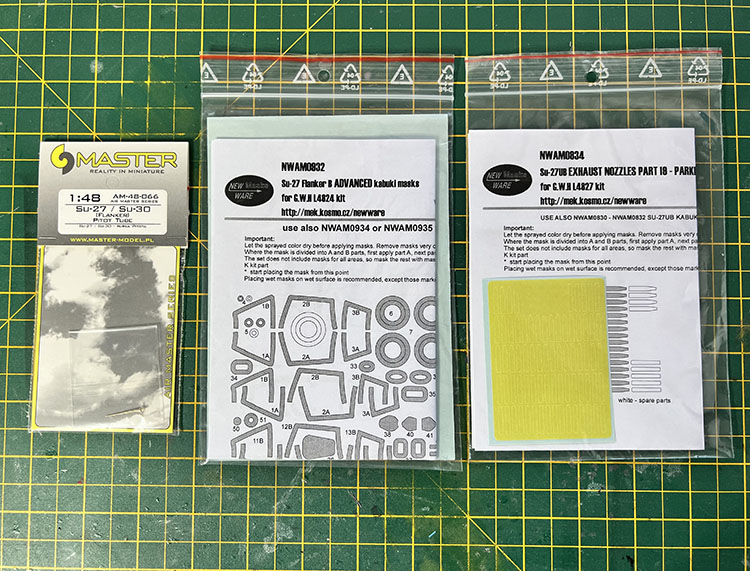 Rather than me try to explain what you get have a look at the video below as I go through the contents, colour options and the aftermarket items that I had originally purchased.