The Skyhawk holds a special attraction for me because I spent 5 or so years working on them when I was in the RNZAF. I’ve now built six 1/48 scale Skyhawk’s over the years but none in the livery that they carried when I worked on them. So during the 2020 lockdowns I decided it was time to rectify that.

Here’s a quick look at how this project turned out… 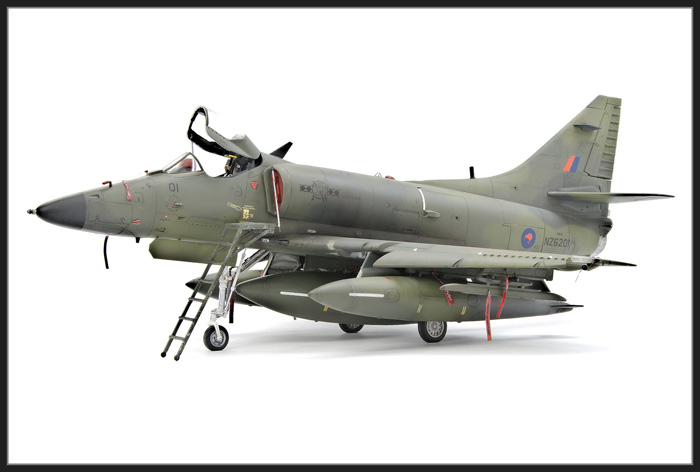 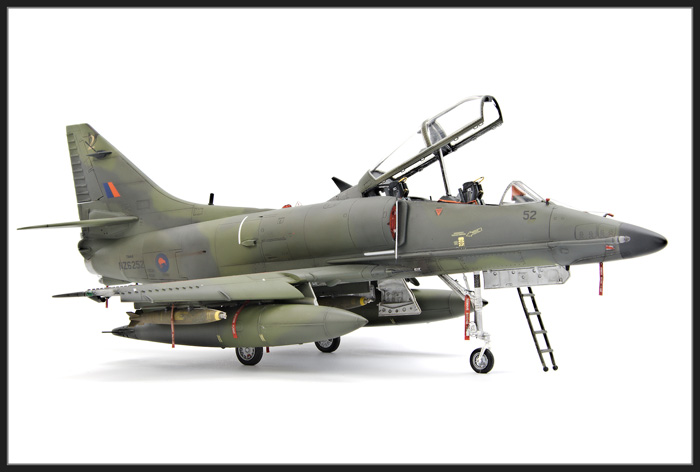 The 48th scale Hasegawa Skyhawks are well regarded by most modellers. But after building 5 of them (4 A-4’s and 1 TA-4) I tend to disagree. Whilst it may have been good kit in the 1990s I don’t consider it one now. I would really love a modern replacement. Sadly, Hobby Boss’s recent effort wasn’t it.

The main fit issues I’ve encountered are as follows. These are applicable to both the A-4 and TA-4 kits:

Some accuracy issues, and build notes:

Now I’ve got all the whinging out of the way, I do have say that, in my opinion, Hasegawa’s kit is still the best kit of the Skyhawk in 48 scale despite it being released in 2000.

Beware though that kits marked A-4F only may not be suitable due to the different intakes in those kits. That said the difference in the intake profile is really hard to see. If in doubt take a look at this page . It lists the sprues in each of the Hasegawa A-4 boxings. The intake sprue that is correct for the RNZAF aircraft is Sprue J. Some A-4F’s had the up-rated engine of the A-4M and thus those aircraft need the same intake sprue as the A-4M (sprue Q). These are sometimes referred to as the Super Fox.

But for this build I used the specific 1:48 A-4K Skyhawk ‘RNZAF’ Kit (No. 09441) This was released in 2002 and contains five (5) white metal parts for the upper VOR/ILS antennas, forward under wing RWR antenna fairings and High Intensity Strobe light that were introduced as part of the Kahu upgrade undertaken between 1989-1991 (Kahu is Maori for Hawk). All of these are pretty easy to scratch build but if you don’t have to, then why do it.