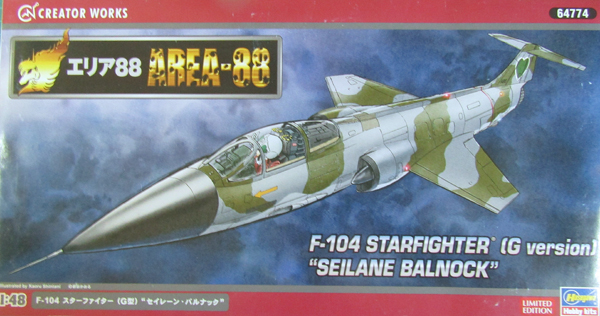 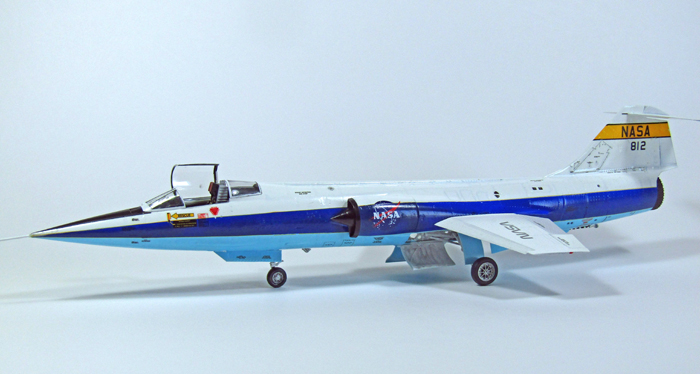 NASA’s Dryden Flight Research Center flew Lockheed F-104 Starfighter aircraft in a wide variety of missions beginning in August 1956. Over the next 38 years, 11 were operated by NASA Dryden, at Edwards Air Force Base, Calif., with the last Starfighter flight taking place in February 1994. 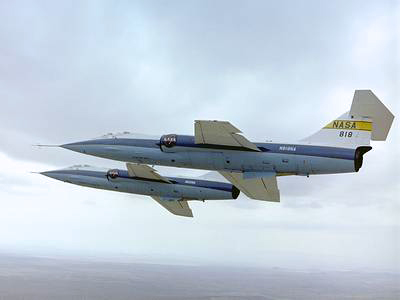 NASA Starfighters provided flight research data on everything from aircraft handling characteristics, such as roll coupling, to reaction control system research. With the approaching X-15 rocket-powered research aircraft program in the late 1950’s, research pilots needed experience in flying with reaction control systems, which are key to spacecraft control and manoeuvrability. A NASA F-104 modified with a hydrogen peroxide thruster system provided the necessary experience for the soon-to-be rocket pilots. Durability of Space Shuttle thermal protection tiles was investigated in flights aboard a Starfighter, flown on a special flight test fixture through rain in moisture impact studies. Another important role for NASA’s Starfighters included flying many safety chase missions in support of advanced research aircraft over the years, including the wingless lift body vehicles flown at Dryden during the late 1960’s and early 1970’s.

F-104 Starfighters proved most valuable to NASA as flight research and support aircraft for nearly 40 years, a distinction that few other aircraft share.

Our subject airframe NASA 812 [N812NA] F-104N (F-104G type), construction number: 683C-4053, model 683-10-19 was officially delivered to the NASA in July 1963 but was added to the official NASA list on September 30th, 1963 and eventually flown over to the NASA facility on October 1, 1963 for high speed chase flights coded NASA 012; from the beginning it flew with code “012” and very bright NASA color scheme. In 1970 it was resprayed into the well known white-dark blue-light blue scheme which later on changed into white-blue-white. It got also recoded into N812NA. The last big project for N812NA as chase plane was the X-29 development program which was in 1985. Its operational career ended on December 29, 1986 when NASA pilot Einar Enevoldson made the last flight and wrote the last of 4442 flights in total in the aircraft logbook. The NASA stored the N812NA at Edwards and used it also for spare parts to keep the other 104s in the air. After the last Starfighter operations within the NASA ended also this N812NA was dropped from the inventory and was prepared to become a display aircraft. First at USAF Flight Test Museum at Edwards AFB till at least 1997, then it moved to Lockheed-Martin in Palmdale where they converted the aircraft into an XF-104 replica by removing some vital parts including inlet-cones and top fairing. It was put on display in 2002 near Plant 42, the infamous “Skunk Works”.

The Hasegawa 1:48 F104G kit has been around in various guises for many years, but we have to work with what we can source, so a trip to my local hobby shop turned up this limited edition version.

Based on a Japanese Anime TV series called ‘Area 88’, the plastic inside is identical to a ‘G’ version and we won’t be using the insignia decals in any case.