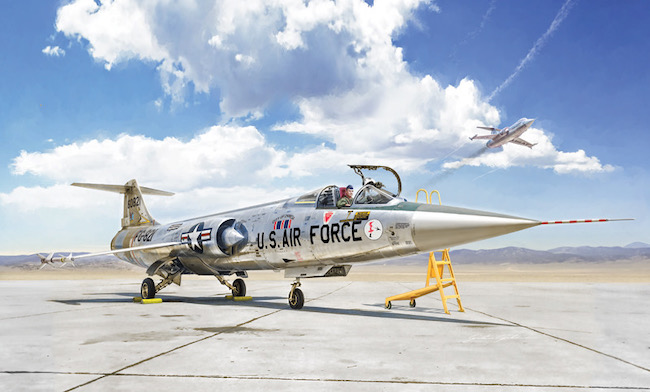 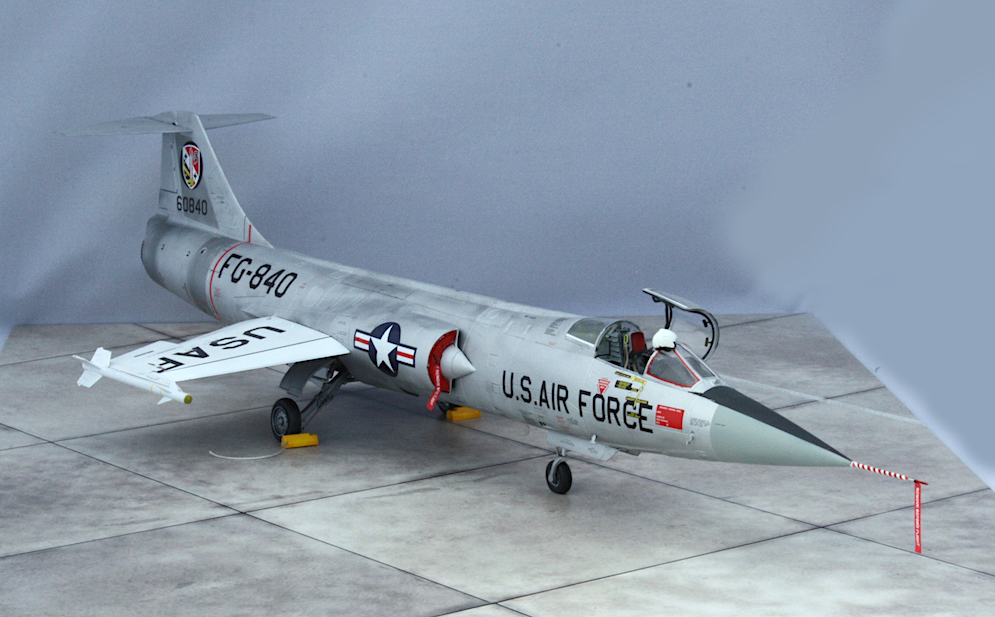 The F-104 Starfighter is one of the iconic aircraft of the Cold War period, and needs little further introduction here. However, its service with the USAF often seems to be passed over relatively quickly to focus on the NATO variants. Perhaps this is because its front-line American service was relatively brief.

The F-104A equipped only four squadrons in Air Defense Command (ADC) (As I’m referring to a USAF organisation, I have used the US spelling of “Defense”.) as an interim solution pending the arrival of more capable types such as the F-102 and F-106. Three of these units flew the 104 for less than one year. The aircraft were then assigned to a limited number of Air National Guard units, and many were later exported, notably to Taiwan and Pakistan. In addition a small number served as research and chase aircraft with NASA.

The F-104C was a development for Tactical Air Command, featuring multi-role and air refuelling capabilities. Its two-seat equivalent was the F-104D.

The early single-seat models, the F-104A and F-104C, can be visually distinguished from later models by their short-chord fin/rudder. The F-104A was designed as an interceptor, with provision for missile (AIM-9 Sidewinder) and gun armament. In the event, most F-104As were not fitted with the gun. A total of 227 early models (A-D) were produced, including 153 F-104As and 26 of the F-104B, the two-seat development of the A. 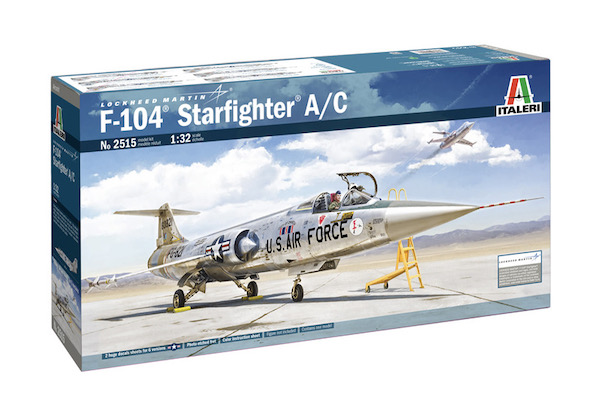 The first release in Italeri’s 1:32 scale F-104 series was an F-104G, and there have been a number of boxings since then. This is the second release of the early-model F-104A/C, and appeared in 2020. On opening the box, one finds six sprues in grey plastic (including one duplicated), plus a photo-etch fret and a large decal sheet. The main difference from the earlier release of this variant is in the decal sheet and marking options. This kit majors on the F-104A, with options for five F-104A models and one F-104C; all are in the same finish of natural metal with white upper wings. Of these, I decided on option B, an F-104A of the 538th FIS at Larson AFB, Washington State in 1958, which was the fourth unit to equip with this variant. I also decided to mount the wingtip sidewinders as the only offensive load: most F-104As were not fitted with the gun, and I wanted the model to be representative of the majority.

There are plenty of options available for displaying the model. The engine can be installed with the removable tail section in place or removed; if you pick the latter, the kit supplies a replica of the tail stand used in service. Alternatively, the modeller can leave the engine out and display it separately, and again a suitable stand is supplied. In addition the airbrakes can be depicted open or closed. The forward main undercarriage doors, normally ajar on the ground, can be shown open, as can the avionics bay behind the cockpit and the gun bay if one chooses a subject with the gun fitted, as it is on three of the kit marking options. 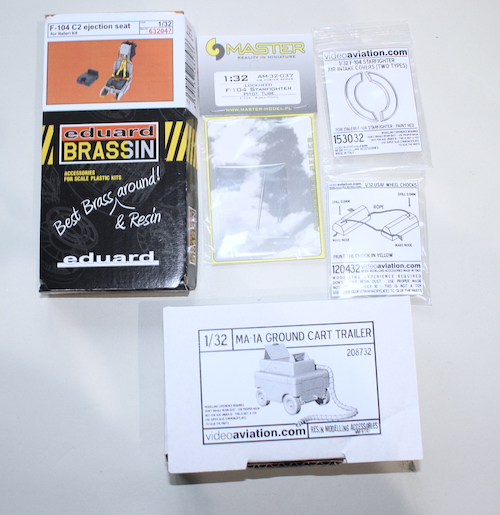 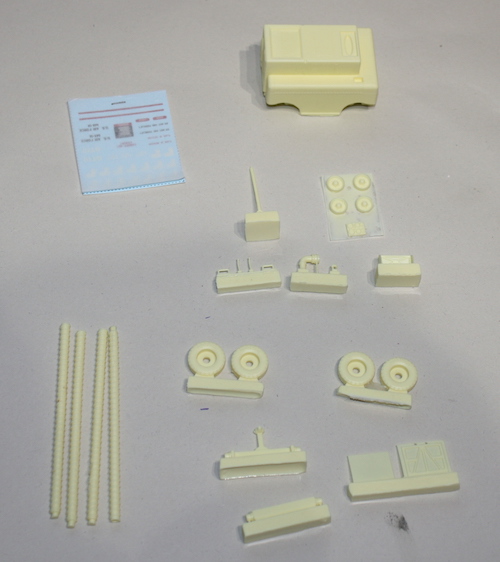 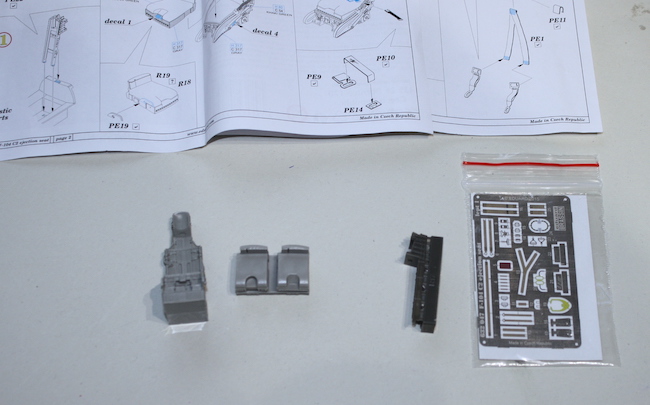