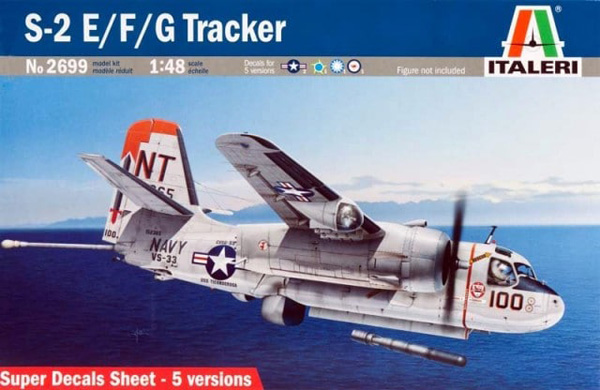 I have always been a fan of Naval aviation as long as I can remember and have always shown an interest in early Navy aviation all the way up to the machines today.

One of my favourites is the Northrop Grumman S-2G Tracker. Until Kinetic released it followed by Italeri in 48 scale the only other 48 scale tracker out there was the hard to find Collect-Aire kit. 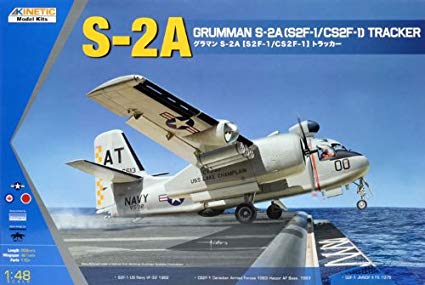 I couldn’t resist and pulled the trigger on the Italeri kit. The kit is the exact same plastic that you get in the Kinetic kit…

… and you are presented with a lot of different options. The Italeri S-2E/F/G kit no. 2699 has the parts for all three variants in the box. It also includes the S-2A ESM radome over the cockpit as well as the required nacelle rear fairings for the A. Also included are blank-off plates for the underside radar radome.

After I received the kit I went ahead and pulled the trigger on the: