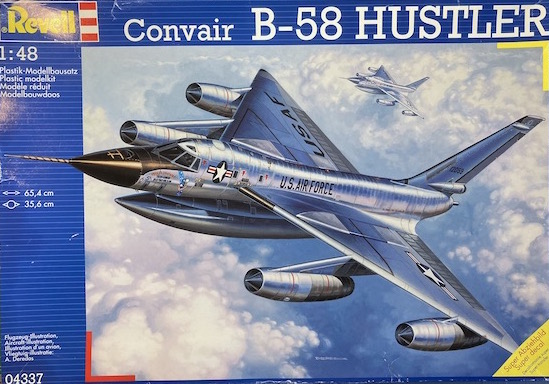 Subject of this build: Convair B-58 Prototype

I have built Revell’s B-58 Hustler previously in a wheels up, and in flight configuration. The kit was originally produced, and released by Monogram who made some very accurate models (particularly overall shape) that have stood up well to the test of time. This kit even has Monogram stamps moulded inside the lower wing halves. For this project I have the Revell boxing and a range of aftermarket parts with which to enhance it. This kit is also known for several challenges, that have to be dealt with to get an acceptable finish, but I shall cover my approach to those at the appropriate times.

My aim is to attempt to recreate the point of rotation during take off for the maiden flight of the first prototype. This event occurred on 11th November 1956 from the Convair Fort Worth facilities at Carswell AFB, Texas. The aircraft at that time officially designated YB/RB-58 was serial number 55-0660, there was no under fuselage pod fitted. These images taken from the Internet show both the colour scheme and final configuration I am trying to achieve. 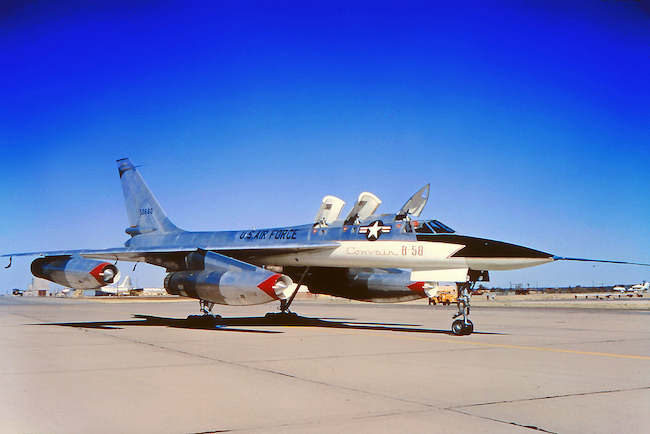 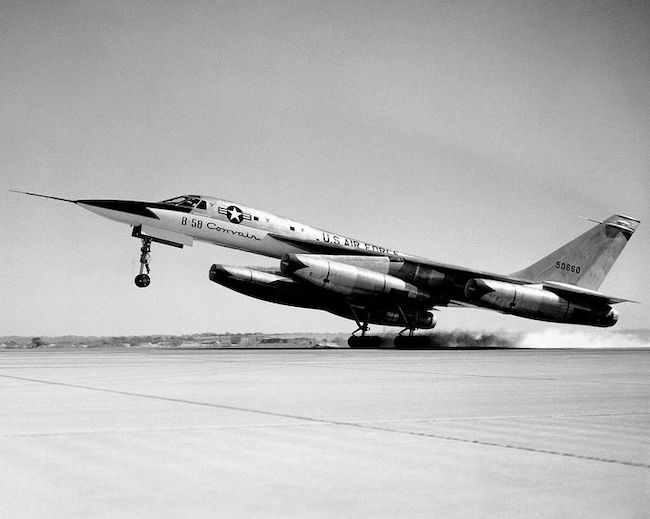 As this kit is of a certain era it has raised panel lines, which I have no intention whatsoever of re-scribing. I have several reasons for this, one being I don’t want to put that amount of time in for something that in all honesty is not that obvious (at least on this kit). I did not re-scribe the previous one I did, and that actually made it far easier to mask the different panel demarcations for the Natural Metal Finish (NMF) see photo. As on that kit this will require quite a lot of seam work as the fit is not the best, and I will re-scribe lost detail as necessary. I will gently sand back the initial panel lines all over to make them a little more understated. 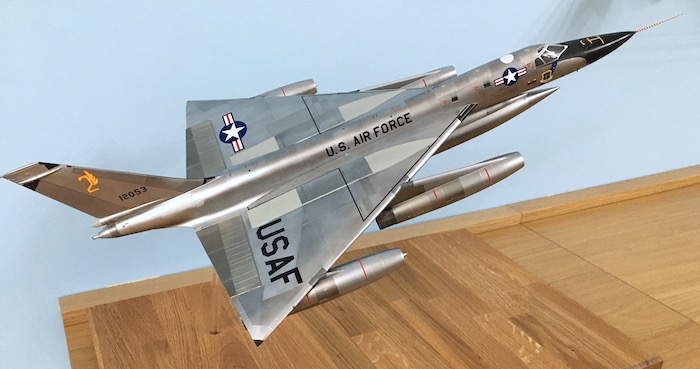 I plan to use the following aftermarket items: 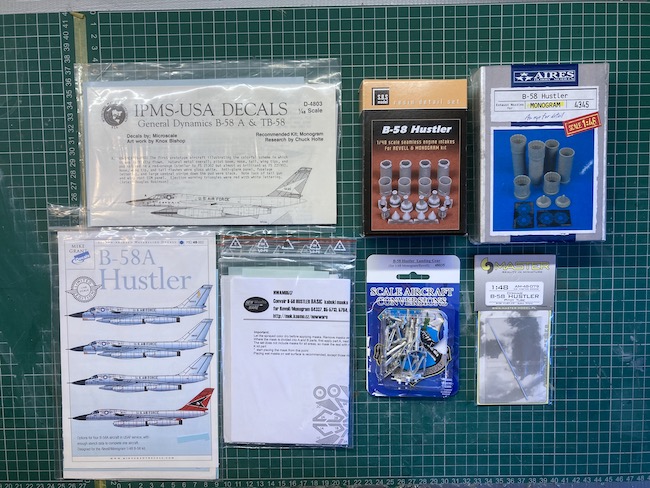 I used the following references for information and pictures as well as the obligatory Internet searches: