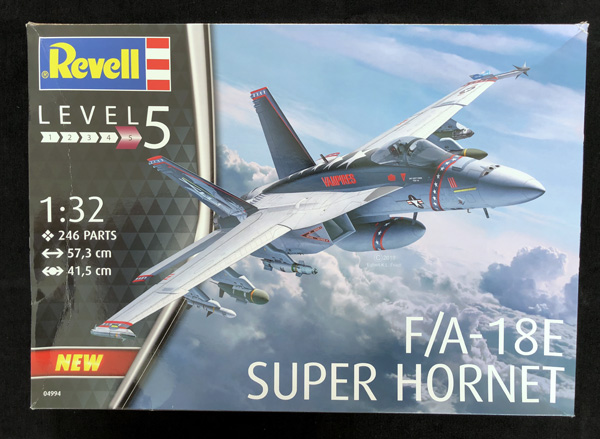 The kit was announced in 2017 with much anticipation from the modelling community.

At this time the only offering for the Superbug in 32nd scale was the Trumpeter E & F which were notorious for their bad fit and accuracy issues, so Revell seemed to be coming to the rescue, so lets find out if this has been successful.

Geoff has done an in-box review and you can see that along with all the other kit reviews in Aircraft-Here Now-Kits.

The Instructions have you start off with the engine components, so the two part intake compressor blades are first and these are covered in heavy flashing so this is all removed. 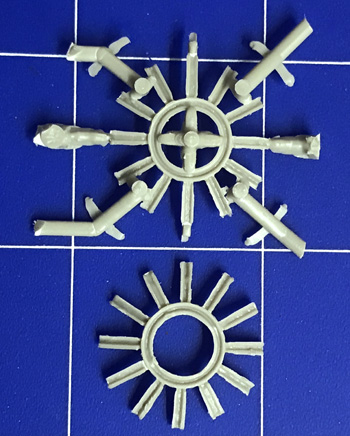 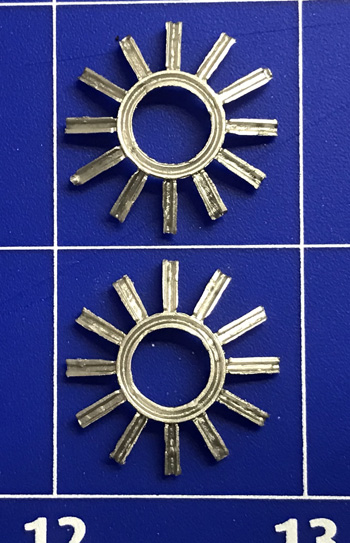 The intake & exhaust trunking is moulded in 2 parts (top and bottom) and also requires some cleaning up before a reasonable fit has been achieved. 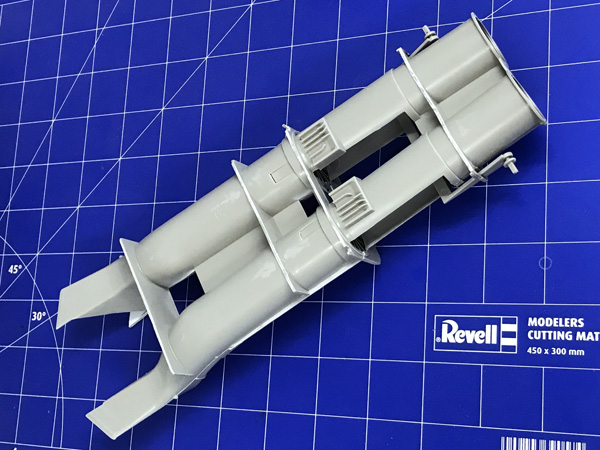 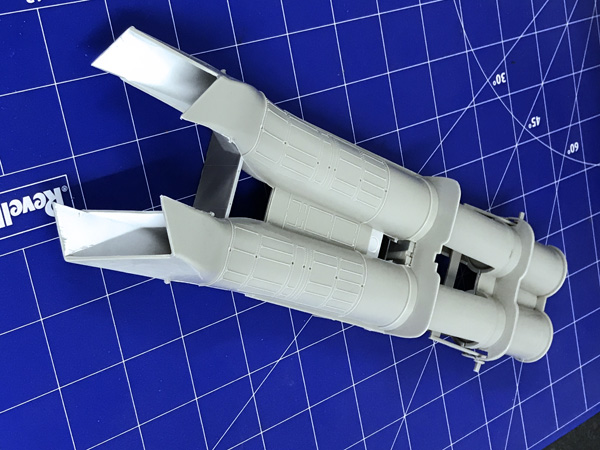 This was all fitted inside the two-trunking halves and glued together along with the rear stabilizer attachment tabs, this will allow the modeller to have working stabs once the build is complete.