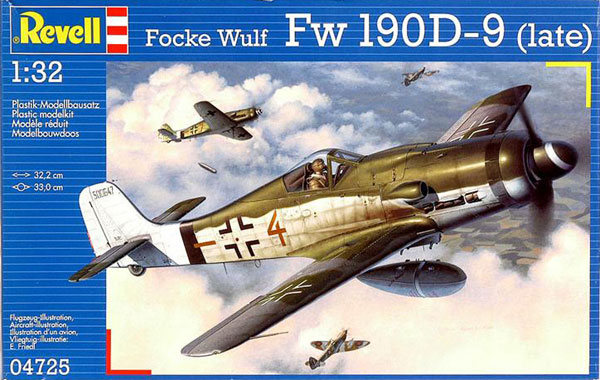 The Fw-190 was one of the best fighters of the Second World War. Designed by Dr. Kurt Tank, it was initially designed as a sturdy all round fighter rather than a high altitude interceptor. The Fw-190 Dora was an adaptation of the radial engined Fw-190A to the Junkers Jumo 213 liquid cooled engine, but was seen by Tank as an interim type pending the availability of the Ta-152. Due to the shape of the engine the nose was lengthened, as was the rear fuselage to compensate.

Initial evaluation found the aircraft to be extremely agile, out climbing, out diving and out turning its predecessor with ease. The general opinion of the pilots that flew these aircraft was that the Fw-190D-9 was the finest propellor driven fighter available to the Luftwaffe during the entire war. In fact, some even considered it more than a match for the P-51 Mustang.

Here’s a sneak peek of my finished model – hope you like it? 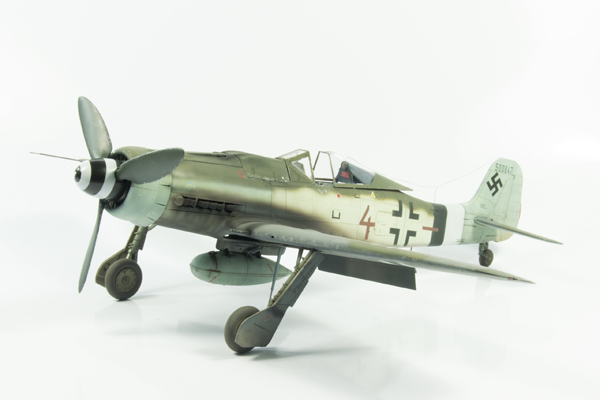