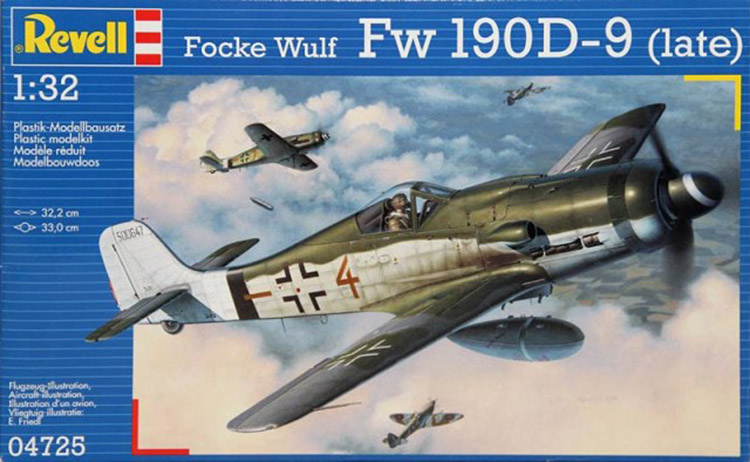 The subject of this build is the Revell boxing of the Hasegawa 1:32 Fw190D-9. This kit differs from the original Hasegawa issue in that it contains an extra sprue with the late broad chord tail from the Ta152 which was used on several variants of the FW190D.

Even though I’ve been modelling for longer than I care to remember, I must admit that this was the first time I had built a W.W.2 fighter in 1:32 scale. I chose this kit as my first attempt because I managed to pick it up quite cheaply at a model show some years ago so it would not have been a complete disaster if things didn’t go to the way I intended! I wanted this to be a reasonably quick, simple ‘out of the box’ project with no added extras.

My intention was to concentrate on the painting. This was the main area where I thought there may have been be differences between finishing a model in 1:32 scale and one in my preferred scale of 1:48. A model in 1:32 will have larger areas of colour than one in 1:48 and so I was worried that it may have needed more work or different techniques to avoid these looking flat and uninteresting. Despite my best intentions things did not go entirely to plan. However, in the end this turned out to be no bad thing.