Well, this one took me a while. I was stuck for which model to start next, and at the suggestion of my German modelling friend Alex, I started on the big Revell Hunter. Alex had done his in the Swiss markings, but being British, I had to do mine in RAF markings, although I did deviate a little from the published paint scheme.

My research had shown up a couple of pictures of RAF Hunters, one from 45 Squadron, (the same as the kit markings) with light grey undersides rather than the high speed silver finish specified in the kit scheme. I decided to go down the grey route, as it would give me a chance to model a 45 Squadron machine fresh from the early seventies paint shop in its shiny new finish, without having to worry too much about weathering.

I started with the cockpit, but being matt black all over, I did little in the way of detailing apart from a little dry-brushing and adding a few photo-etched parts. I added PE straps and various other scratchbuilt items to dress up the ejection seat a little, and then closed the cockpit halves.

This was where the fun began – everyone else seems to have had nothing but praise for the fit of the parts, but in my example almost all of the fuselage parts seemed warped, and had to be coaxed into alignment with a mixture of brute force and cyano + accelerator. Wing fit was better, but far from perfect, and it was only after a lot of sanding and re-scribing that I got the basic airframe looking something like.

Unfortunately, it was at this stage that I had the bright idea of masking off the insides of the air intakes before assembly, which I did with Tamiya masking tape. This came back to haunt me later. 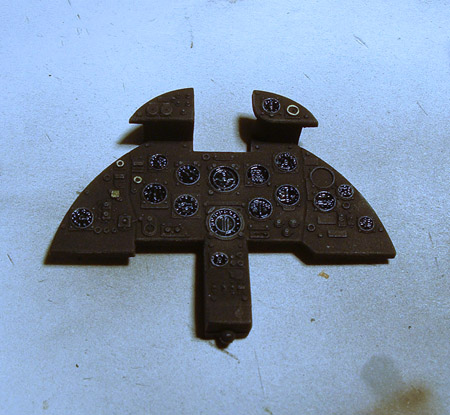 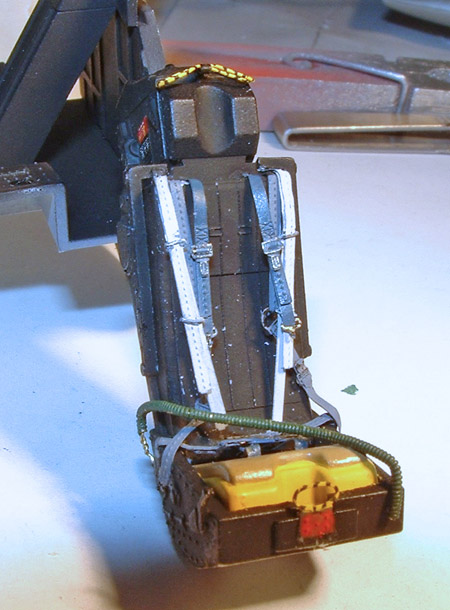 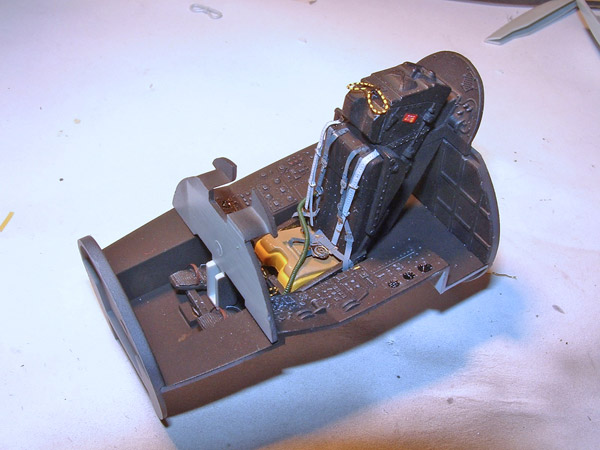 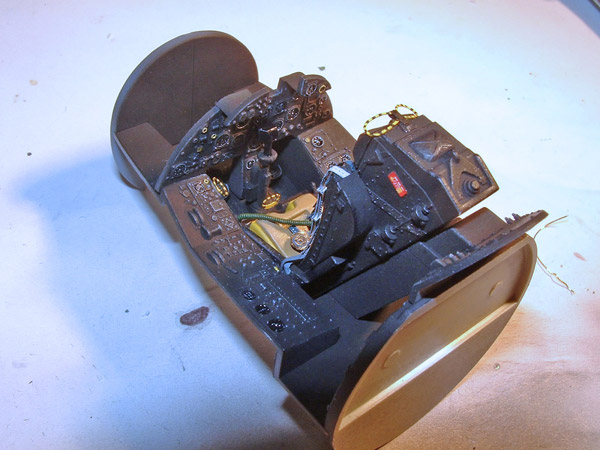 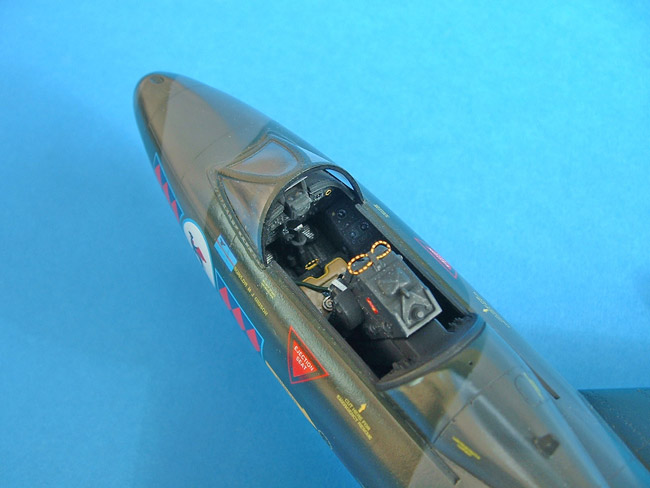