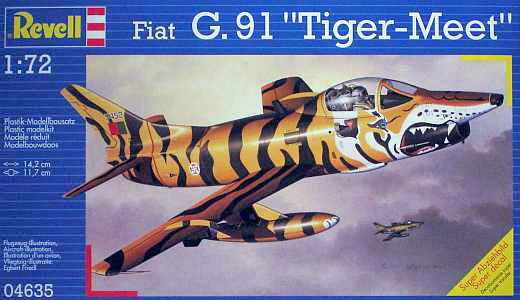 Here’s a quick look at how my project turned out…

The Association of Tiger Squadrons was established to improve relationships between individual squadrons within NATO. The tiger stands as a symbol of strength, speed and hunting prowess. Due to the success of the first ‘meet’ it was decided that future ‘meets’ would be held annually in order to establish the creation and maintenance of team-spirit and camaraderie between the participating members and the exchange of experiences and cooperation in line with the military goals of NATO. Since 1962 Tiger Meets evolved into a first-class military exercise where the participants fly combined missions encompassing the entire spectrum of military operations. Alongside low flying emphasis is placed on air-to-air refuelling, air combat, the use of weapon ranges, etc… The exchange of experiences between aircrews is priceless and, for countries that cannot afford to participate in large `flag exercises`, ‘Tiger Meet’ is one of the few multinational exercises available. In view of the changing world security situation, participation is becoming ever more important. 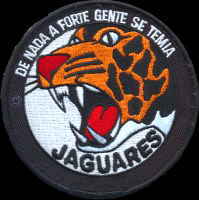 The heritage and history of this Squadron began in November 1968 with the creation of the Portuguese Air Force 502 Squadron ‘Jaguares’, located in Nacala, Mozambique at Air Base 5 (BA5), flying the FIAT G-91.

In August 1974, the FIAT G-91’s stationed in BA 5 and the ones from 121 Squadron (Tigres) from Bissalanca – Guinea were sent to BA 6, Montijo, Portugal, forming the 62 Squadron which was organised in accordance with the NATO regulations.

In 1978 the squadron was renumber to 301 the (still, now with F-16 MLU) actual designation. At this time, they were given the missions of Close Air Support, Battlefield Interdiction and Tactical Reconnaissance.

On this same year, the 301 Sqn participated for the first time in the Tiger Meet in Belgium. Full Member since 1979, the 301 Squadron has already won the ‘Silver Tiger’ twice (1980/1985) keeping well alive the Tiger Spirit.

In 1987 the Nato Tiger Meet was hosted by the Jaguares at Montijo Air Base and the Portuguese Squadron presented a Fiat G-91R3 (5465) with an exquisite painting scheme by Armando Jorge Soares and Jorge Henrique Pinto Silva.

This aircraft had an ephemeral existence with this painting (only three months), having returned to receive the original colours shortly after the Tiger Meet in which it was exhibited and was later dismantled in 1993. 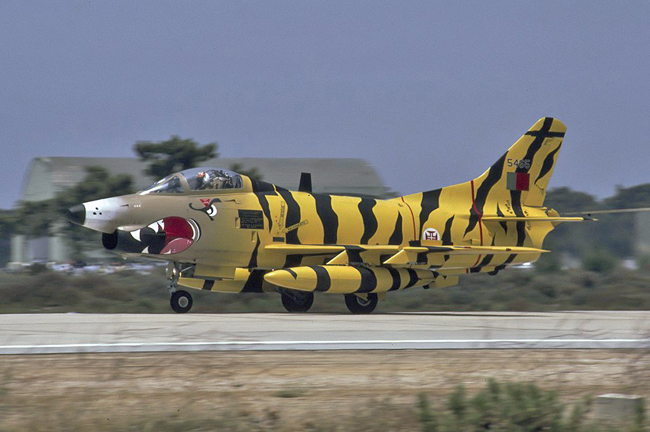