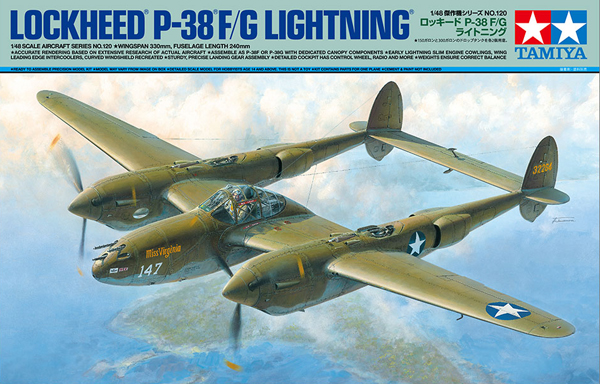 A quick note from Geoff C…
This Tamiya kit has certainly caused a stir amongst modellers and for all the right reasons – here’s Dave’s completed model – love it! 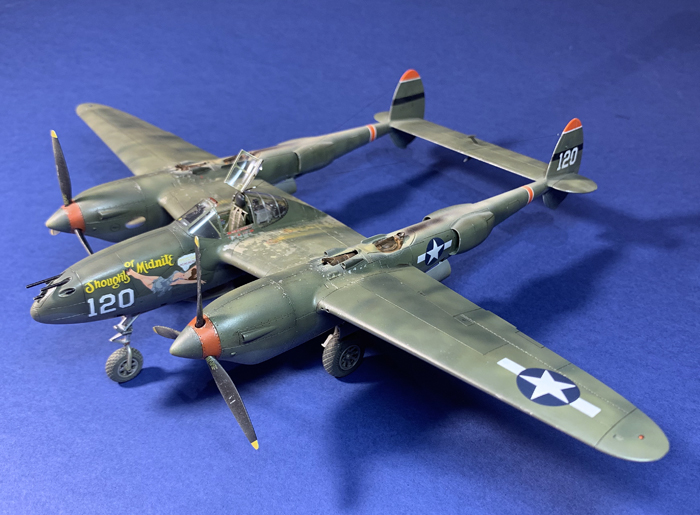 The P-38 Lightning was developed by Lockheed in response to a 1937 proposal from the United States Army Air Corps. Its twin V12 engines were housed one each in twin booms that stretched back to the tailplane, flanking a central nacelle containing the cockpit and weaponry. A combination of superb range, firepower and carrying capacity ensured that the P-38 was a superior fighter-bomber, and it made a considerable impact after joining fighting in Europe in 1942. It was also active in the Pacific War from late that year, its escapades including the shooting down of Japanese Admiral Isoroku Yamamoto in 1943 that provided a significant morale boost for the Allied cause. 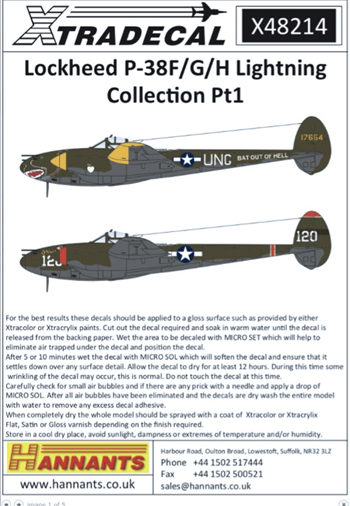 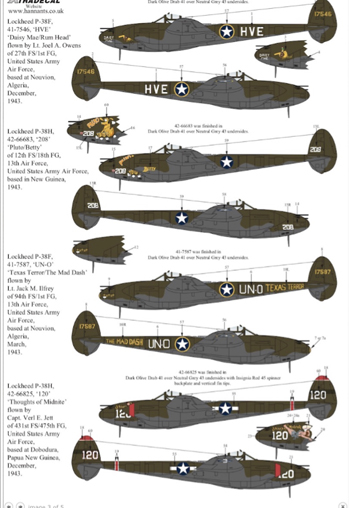