A note from Geoff C…
This has to be one of my favourite civil twin aircraft of all time and of course the type has seem service in many military air arms across the world, and still does fly in many countries.

I shot a video showing what’s offered in the kit and you’ll find that in Aircraft-Here Now-Kits.

At the time of writing, there are in fact 3 different boxings from Valom, each with different decals and I believe the same sprues – see above and below… 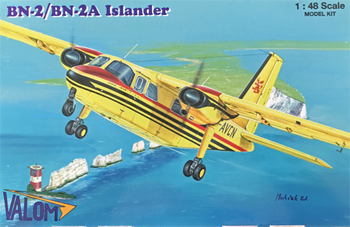 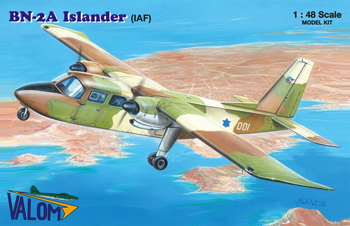 Mike has been hot off the press building his kit and has kindly agreed to share his finding with us – thanks Mike! 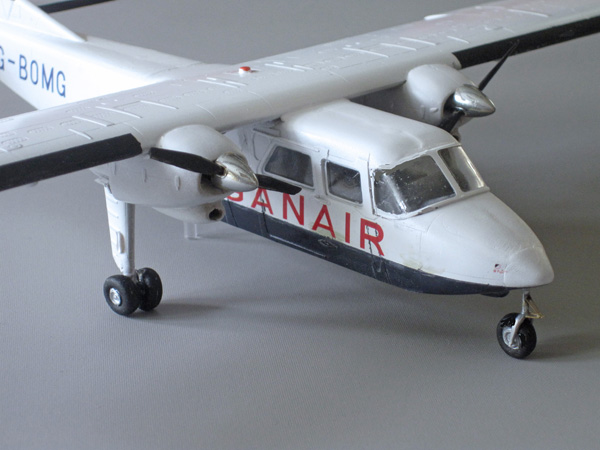 The Britten-Norman BN-2 Islander is a British light utility aircraft and regional airliner designed and originally manufactured by Britten-Norman of the United Kingdom. Still in production, the Islander is one of the best-selling commercial aircraft types produced in Europe. Although designed in the 1960s, over 750 are still in service with commercial operators around the world. The aircraft is also used by the British Army and police forces in the United Kingdom and is a light transport with over 30 military aviation operators around the world.

Initial aircraft were manufactured at Britten-Norman’s factory in Bembridge, Isle of Wight, UK. After Fairey Aviation acquired the Britten-Norman company, its Islanders and Trislander aircraft were built in Romania, then shipped to Avions Fairey in Belgium for finishing before being flown to the UK for flight certification. The Islander has been in production for more than 50 years. (Source: Wikipedia)

Over to you Mike…

Just to put matters straight at the beginning, the two aircraft featured in the kit are, in fact, BN-2B-26 variants. As far as I can determine the major differences are internal and relate to improved cabin soundproofing and other minor details.

Nowadays G-BLDV is no longer operated by British Airways but flies in Loganair colours commuting daily between Kirkwall and the Orkney Islands. G-BOMG, sadly, crashed in the sea off Campbelltown whilst conducting an ambulance flight in 2005 killing both pilot and the paramedic on board.

Believe it or not the Islander has been with us for more than 50 years, first taking the air at Bembridge on the Isle of Wight in 1965. Since then over 1500 have been built in the U.K. in Romania and Belgium and, recent sources suggest, 500 are still in operation in around 120 countries.

Primarily operated in a civilian role, the Defender variant serves with several air forces and government agencies around the world. Early Islanders were piston powered but in recent years a turboprop version was introduced.