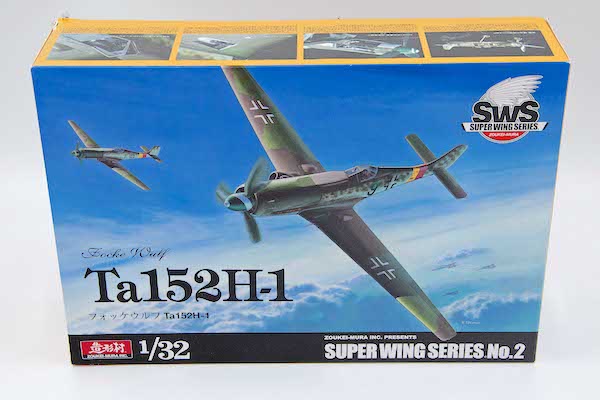 A note from Geoff C…
You may have spotted that we have two builds of this kit by Dave C and Andy G in the Zoukei-Mura pages in Aircraft-Finished Now and it’s great to be able to bring you another, this time by David Popple and what a nice job he has done with the kit.

Over to you David… 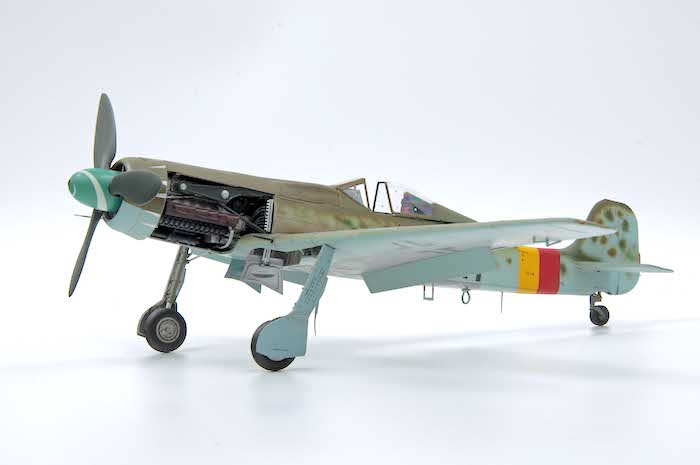 The TA152 was developed from the Focke-Wulf Fw 190, with 3 intended variants – the Ta 152 C, for medium altitude operations; the Ta 152 E fighter/reconnaissance aircraft; and this, the 152 H, a high altitude fighter. The aircraft was developed to counter the threat of the Boeing B-29 Superfortress, which could cruise at high altitudes at which German aircraft could not operate effectively. As with the radical Dornier Do-335 “Pfeil” (a 1:32 kit also produced by Zoukei Mura), it was introduced too late (early 1945) and in insufficient quantities to have any impact.

I’ve been modelling now for just under 3 years and feel that I’m ready to step up to bigger projects which require a higher skill level. Zoukei Mura kits are amongst the most expensive but also the most detailed kits out there, so I thought this kit would provide a good challenge without over-reaching myself. Depending on your point of view, a slight downside with them is that they tend to be over engineered, in that they provide a lot of internal parts that will never be seen if you build an ordinary model – fuel tanks, gas canisters etc. These are good if you want to build a cutaway model, but are simply not necessary if you want to build a regular one. So for the purposes of this build I’ll be omitting such things as the internal fuel tanks and gas bottles to reduce build time. I will however be including the engine and the machine guns in the wing, as this will give me display options by not gluing all panels in place.

Zoukei Mura no longer appear to make this version of the aircraft in 1:32 scale although according to their website they do a 1:48 version, and a 152 H-0 in 1:32, although I just cannot locate any of the latter online. So I had to pay over the odds on e-bay for this kit – an added incentive to build it to the best of my abilities and to not muck it up!

As the aircraft saw very little active service, to reflect this the intention is to build an almost factory fresh model. Apart from some engine and exhaust staining, and perhaps some light dusting of the tyres and wheel wells in the wings, there’ll be no weathering. Andy Goodwin and Dave Coward have already built this kit (see them here), so I am building this in alternative camouflage.

Before I move on with the construction, just a word about the instructions provided with the kit. They are by far the best I’ve seen since I started modelling. Not only are they concise, but at many individual sub-stages they provide side-on and head-on technical drawing type diagrammatic representations of how all the different pieces should look when fitted together. This is an absolute boon and avoids those situations you find with other instructions where, because the diagram is not entirely clear, you end up thinking to yourself – “well, I *think* that’s the way they should go together, but I’m not entirely sure.” And then you find further on down the line a piece/pieces are incorrectly placed and even if it only means a difference of even a millimetre or two, subsequent stages will not fit. 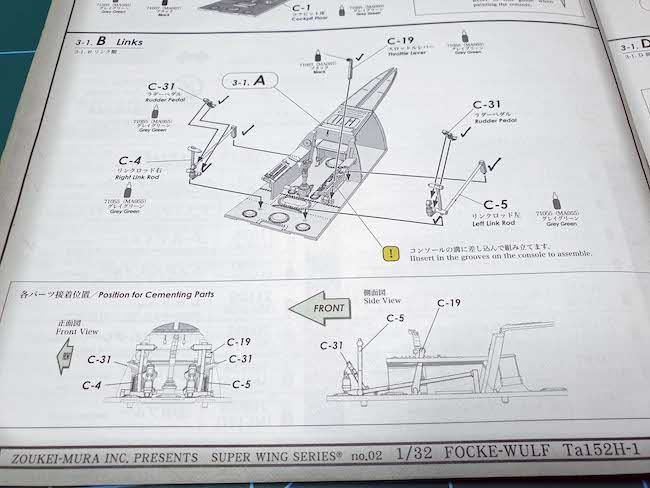 In addition, at the end of major stages, multiple colour photographs from various angles of the constructed and painted section are provided. Some of them do lack a certain clarity because they are printed on ordinary paper and not photographic paper. That said, if you use the diagrammatic reconstructions and the photos together, you just cannot go wrong. 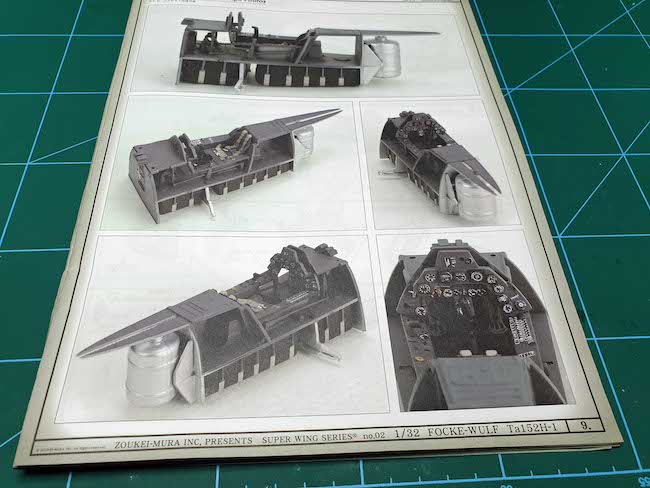