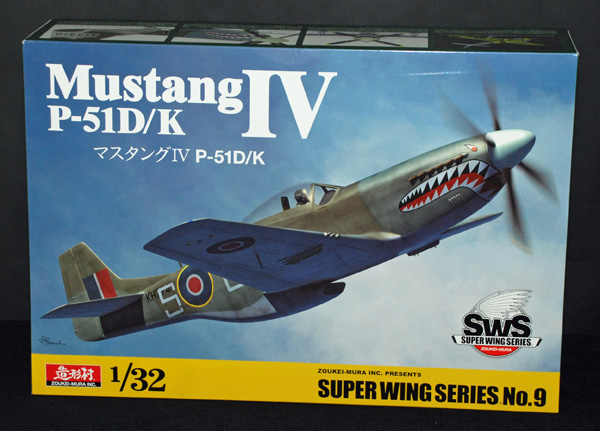 I have completed a full in-box review of the Mustang IV 1:32 in Here Now.

I have to say that I was very pleased to receive this package from ZM (April 2014), hot on the heels of their impressively detailed J7-W1 Shinden in 1:48 (full build here) and their J2-M3 Raiden in 1:32 that is currently in Build Now and Finished Now after that).

I’ve included some helpful reference and background below and the hyperlinks for No.3 Squadron RAAF below are extremely helpful if you want to build that aircraft from the options provided. I have been keen to build an aircraft from the RAAF for some time, indeed we will be featuring more than one over the coming year all being well, so when the famous silver/NMF with red spinner and blue rudder became available here, and it was too good an opportunity to miss!

The kit is extremely well detailed as you will have seen in the in-box review in Here Now and at this stage my plan is to build this Mustang IV with engine cowls off and cockpit/canopy open, along with the gun bays. Hopefully this should do full justice to the options on offer in the kit and also provide a finished model that’s interesting and one to help you decide how yours will look! Given the value for money, this model represents a very good option over the Tamiya P-51D Mustang that is also a beautiful package – just different and more expensive.

Background and reference for this project

The Mustang is widely regarded as the most successful fighter aircraft of the Second World War. Developed to meet an urgent British request for fighter aircraft, the prototype first flew on 26 October 1940. It was rushed into production and entered service with the Royal Air Force (RAF) in October 1941, but poor performance saw it relegated to a low-level ground-support role. In an attempt to solve the Mustang’s performance problems, prototypes fitted with Rolls-Royce Merlin engines were developed in late 1942. The result was an aircraft of superior, long-range, high-altitude performance that was ordered in large numbers by the RAF (as the Mustang III) and the USAAF (as the P-51B and P-51C); these began entering service in June 1943. Further design refinements in late 1943 resulted in the Mustang IV/P-51D and P-51K, which featured a distinctive “teardrop” canopy.

3 Squadron RAAF began operating a mixture of Mustang IIIs and IVs in Italy in November 1944, and 450 Squadron (its sister squadron) was in the process of re-equipping with Mustang IVs when the war ended. In the meantime, a decision had been taken to procure 690 Mustangs for the RAAF in the South-West Pacific, the bulk of which would be locally produced. Ultimately, 298 US-built P-51D and P-51K models were acquired and 200 P-51Ds were built by the Commonwealth Aircraft Corporation as the CA-17 and CA-18; Australian production ceased in August 1951. Overall, 15,576 Mustangs were produced across the world.

Mustang Mk.IVa, 3 Sqn RAAF, CV-P, KH716, Pilot: S/Ldr Murray Nash, Fano early 1945.
NMF scheme. Medium Blue codes, Red/Nat Metal Spinner & Black serials. Medium Blue rudder with White Southern Cross. The upper wing roundels were originally of the 40″ ‘B’ type, later being converted to ‘C’ type. Interestingly, the reference on the 3 Sqn website states that the fuselage was NMF but the wings painted silver so this is great and provides an opportunity to work the finish to create something interesting and realistic.
It’s well worth looking at the photos on the 3 Sqn website showing this exact aircraft at different times, plus the other squadron aircraft and how they did in fact differ in detail from aircraft to aircraft and over time in operational use like any other squadron aircraft. 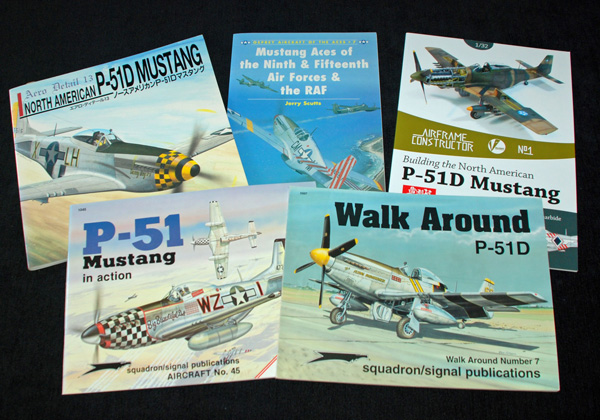 You can see here that I have used five main publications for this project, they have all the detail that I’ll need and of course the instruction book has further detail and the specific mods you need to include (supplied in the kit) when building a Mustang IV of No.3 Sqn RAAF. Despite all this and even using the reference information included in the 3 Squadron website I’ll probably still make some error or other and I ask you to forgive that in advance, although I’ll do my best to get it ‘right’, that’s for sure. 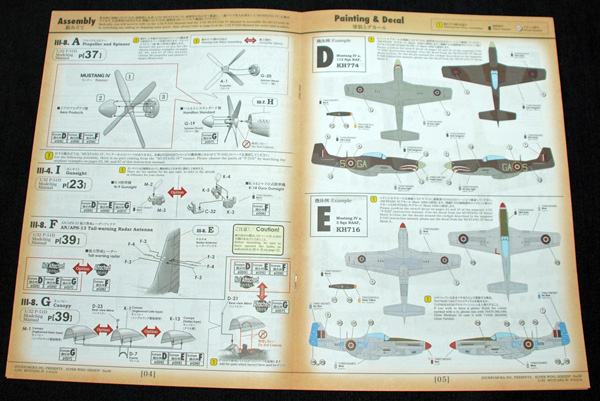 Here’s a photo from Zoukei-Mura showing their completed model in No 3 Sqn RAF markings – you’ve got to love that scheme don’t you? I do! 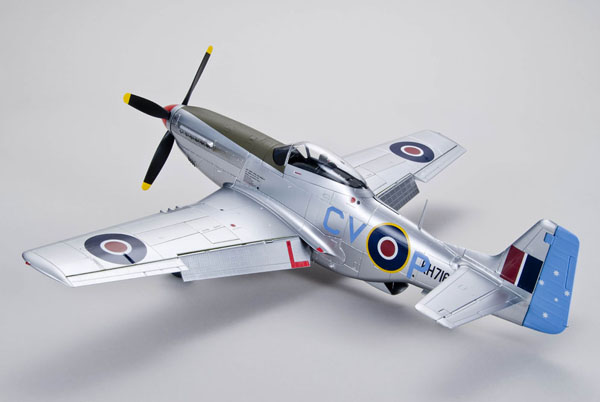