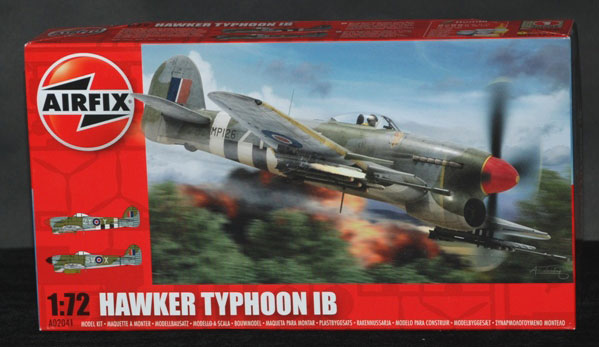 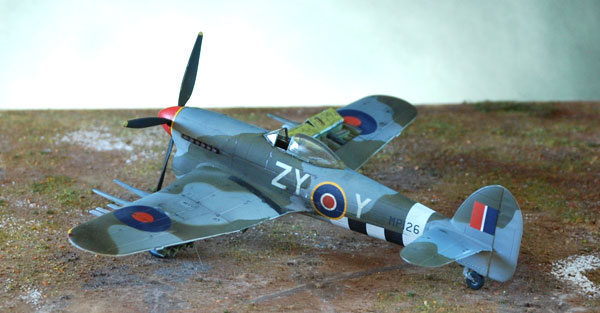 A passion for the aircraft in any scale

Now I, like so many of us, kicked off my modelling life with an Airfix 1:72 scale Spitfire. I modelled exclusively in this scale for about 20 years, but then found 1:48th and latterly 1:32nd for my aircraft modelling to be my first preferred scales. Those of you kind and patient enough to read my ramblings also know I build in 1:350th, 1:144th and 1:200th ships and have also dabbled in 1:35th armour too…. don’t tell Bill (Curtis) though, it’s bad enough already with his dastardly tricks to convert me to the dark side!

I have built a few things in 1:72nd scale for SMN the most ludicrous being the GATON Class submarine at almost 4 feet long as well as a terrible flying wing and an equally shabby Italeri Short Sunderland! Worst of all though was my attempt at the CMK’s lovely little Jet Provost…. sends shivers up my spine thinking about it! So why on earth, given this decidedly dodgy track record, am I writing now about a 1:72nd scale Typhoon?

You can find out mostly by taking a look at the Here Now review in SMN. But honestly when you open the box of this one it would be almost impossible for any dyed in the wool modeller to resist. From the box art to the contents to the decals to the instructions everything in the kit screams buy me to build me and so often one doesn’t necessarily mean the other. Besides the Tiffie is such a great aircraft and is in my view underrated as a modelling subject when compared with the Spitfire, Mustang, and Messerschmitt etc. In short, I love it and so it’s on with the build and see if I can do this great kit justice.

Just before then let me write now for the record this kit is all it promised to be in the box when I did the Here Now. This won’t be the last time I build it but for this time what’s the plan?

The plan is simple, right out of the box with the single exception that I will use a set of Eduard’s great little Sutton Harnesses to glam up the cockpit. Everything else will be from the box as I think that the kit deserves to be shown off for what it is. I am also not going to do too many photos. Enough to show you what is what but to be honest it’s a small kit and took me only a day to complete to the standard you will see. So here goes. I hope you like what for me is the best kit Airfix has ever produced in this scale. 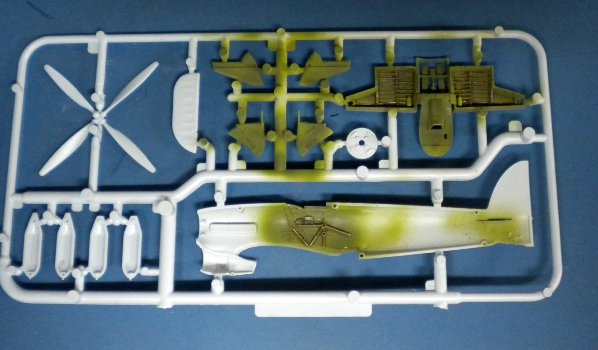 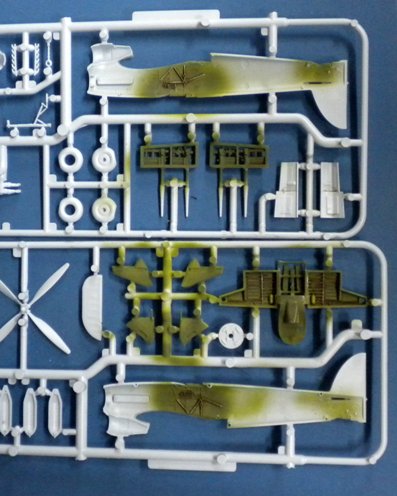 While the kit was still on the sprue I gave some of the cockpit and wheel wells a swipe of thinned British Interior Cockpit Green. In retrospect this looks a little dark to me and should be down at least a shade or two. But on this occasion it is what it is and with some thin oil washes and some graphite pencil it starts to pop out all the lovely detail that Airfix has captured even in this scale. 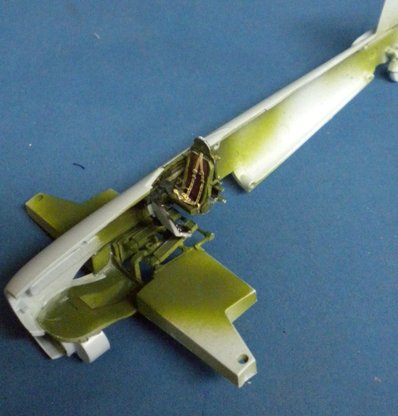 The Hawker trademark floorless cockpit with the foot rests for the pilot’s seat guiding him to the rudders is superb and the build-up of the cockpit is logical and flawless. A decal is provided for the instrument panel which is a little basic but not a great deal of it can be seen when it’s built up so it’s actually fit for purpose and little need to be replaced by an expensive etched part.

The Eduard seat belts though are essential and look fantastic in place and clearly seen in the finished model so worth the £3.99 extra cost that I paid; and that was for 2 on the fret enough left from my Airfix Mustang! 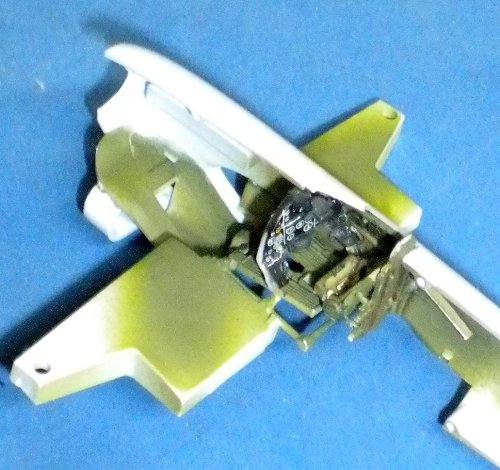