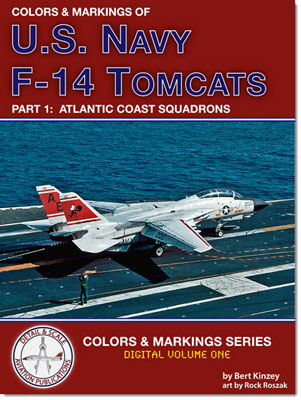 If you have read my first two reviews of these amazing digital volumes for the F-3H Demon and F-9F Cougar in the Detail & Scale Series you’ll know how good these new digital books are and now we have the first in a new series covering colours and markings – quite stunning and I do not say that lightly at all.

At last, what we have is a major publisher specialising in modelling reference books (and others like MMP) that has seen the huge value and potential of the Internet – the ability to offer you the modeller so much more for far less money than if you buy a paper book or magazine. This is exactly what SMN is all about and continues to be since we launched nearly 6 years ago (at the time of writing this review)! 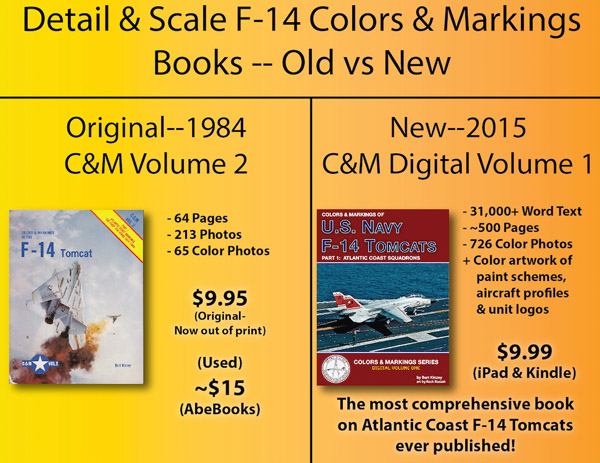 This addition to a growing series of fantastic resources

Over the past 35 years, Detail & Scale has published six monographs, 69 full sized volumes, and, last year, its first digital-only book, F3H Demon in Detail & Scale. The Digital Detail & Scale Series now continues with this new title focusing on the famous F-14 Tomcat, the most comprehensive and detailed book ever published on this iconic aircraft from the Grumman Ironworks. 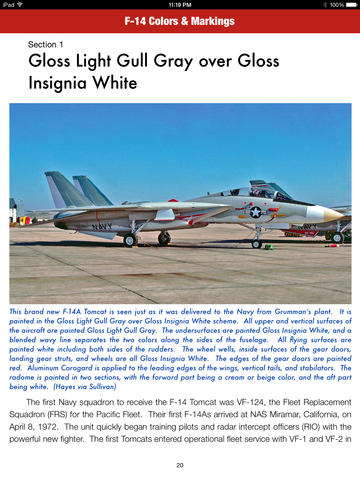 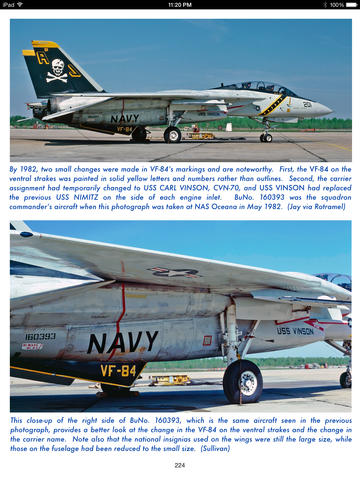 What do we think?

Let me put some more meat on the bones…

You can see by the stats above that what you are getting is a book that’s special – highly professional in content and production that ‘works’ exactly as it should and is simplicity itself to download. As soon as I downloaded the book to my iPad, there it was sitting on my shelf in iBooks – great and a double-tap and I was into it.

The F-14 Tomcat is covered in excellent depth with many useful captions and notes highlighting the differences between the different colour paint schemes that will need to be considered when you making your chosen model. There are always details that cause the kit manufacturers to get confused and produce kits that will need correcting and modifying to generate an accurate model and all of these revisions are clearly illustrated in the book – excellent!

The quality of both is extremely high and this add greatly to the title and the addition of supporting photographs always helps to illustrate what is being discussed.

I thought that the Detail & Scale title was very good but this new e-book on Colors & Markings of U. S. Navy F-14Tomcats, Part 1: Atlantic Coast Squadrons far exceeds that – incredible, especially given the price. This is the best book I have seen in a long time, by any standards a stunning reference for the type and a genuine one-stop-shop for anyone interested in the Tomcat and the Atlantic Coast Squadrons that flew it. You can just have your iPad or Kindle propped up in front of you when working at you bench and merrily dip into and out of all the different sections depending on what you are working on.

The price is spot on in my view and you just have to think about the $9.99 it will cost you versus the outstanding quality and quantity of content. Simply stunning and highly recommended.