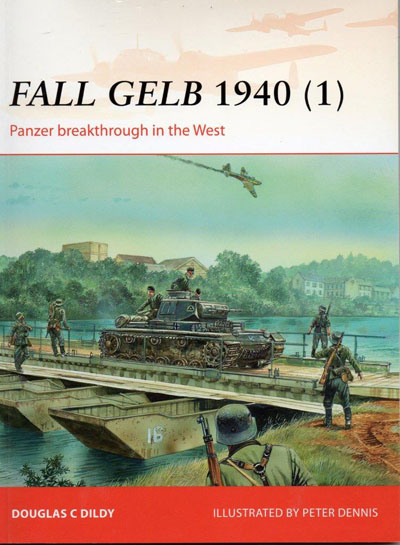 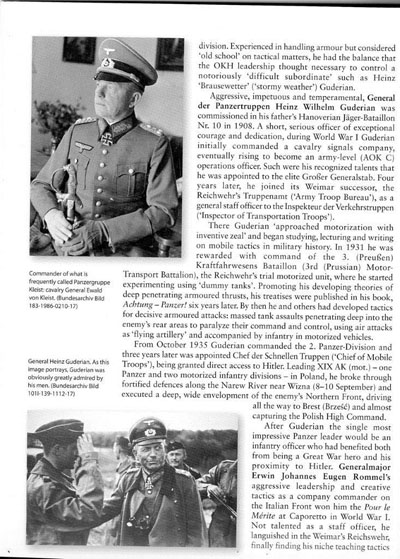 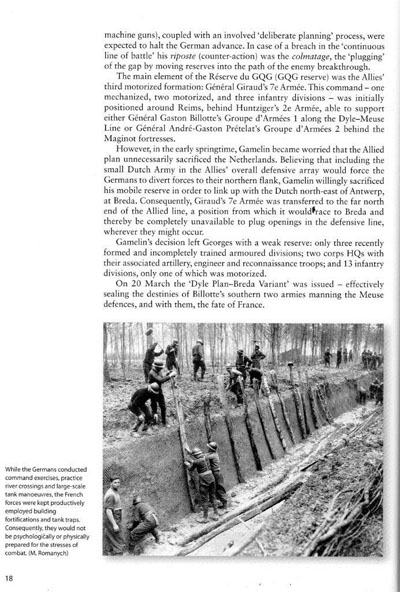 This is another book in the Campaign series which covers the German invasion of Western Europe concentrating on the Panzer operations covered with text, pictures, maps and colour plates over 96 pages.

The book is divided into the following sections:

The start of the Western part of WWII was classed as the Phoney War due to its relative in action. The planning for the attack split the German General Staff as to the best way to attack westward. In the end an attack through the Ardennes would be the focus of the campaign.

As can be seen from the list of contents all the major commanders are subjected to a brief examination both the German and French which include von Rundstedt, Guderian, Kliest and Rommel as well as Gamelin, Georges, Billotte and Corap.

The following two sections detail the respective battle plans for both sides including the Order of battle which includes the Panzer and Air Forces.

I found the Campaign section easy to read, as is the rest of this volume, and to follow with the help of the various maps which show how the events unfolded, unnerving the Allies which led to the collapse and final defeat. 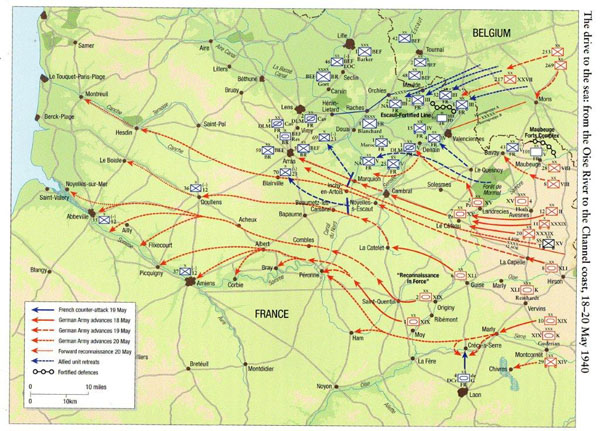 I found this a good solid, if brief, volume due to space limitations, depicting the Panzer operations which did so much to unnerve and outfight the Allies. But for Hitler’s stop order before Dunkirk it could have been a complete disaster. I would think for someone starting a study of this period, for the price and information, this is a ‘must have’.