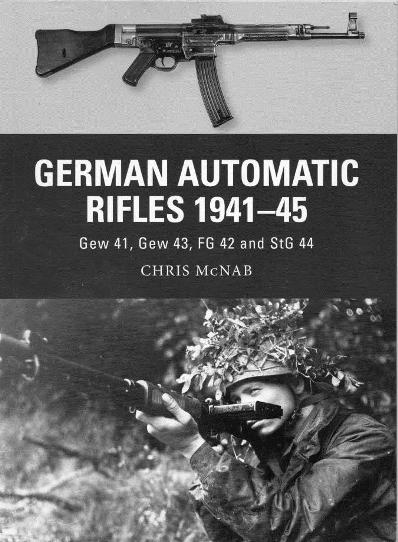 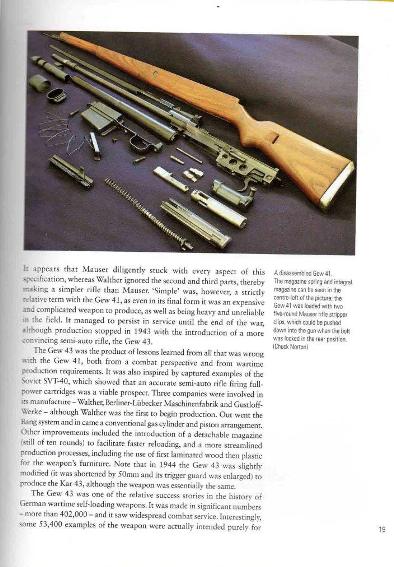 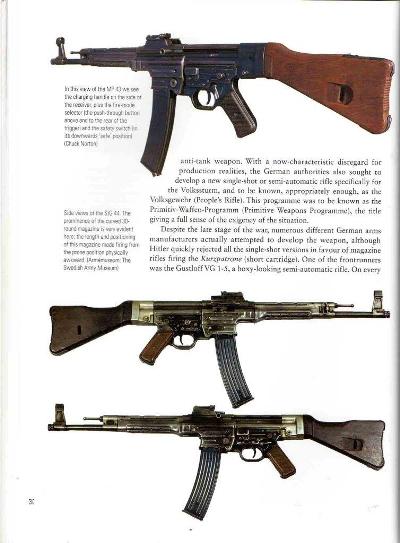 This is another in the Osprey Weapon Series books and has the standard format with 80 pages and this volume covers the semi automatic Gew41 and 43, the FG42 and the StG44 rifles.

The book follows the Osprey standard being 80 pages in length with Colour, Black and White photographs, Line Drawings and Three Colour plates. The book is divided into 11 headings:

The Henry Spencer repeating rifles introduction during the American Civil war heralded in the quest for an automatic weapon, with the first coming from Mexican General Manuel Mondragon and by the end of the First World War the Americans had fielded the Browning automatic rifle.

We now move on to between the wars where the Germans were developing automatic rifles of which the first was the Gewehr 41 which used the Bang system causing it to fail. Soviet weapons were captured and sent back for evaluation and this help in the improved version the Gewehr 43 giving the Wehrmacht a useful rifle.

The Fallschirmjager were an elite unit of the Luftwaffe but were hampered by poor weapons which was to be addressed in a new weapons program which culminated in the FGH 42 which was a formidable weapon able to operate as an automatic rifle and also as a full machine gun and influenced the design of the post war US armies M60. A greater part of the book covers the above weapons with topics covering successes, failures and technical data, ammunition, cyclical rates both practice and actual, weights dimensions, effective ranges and balance.

The interference of the bureaucrats is also covered as is the design and use of telescopic sights, the Volksgewerhr VG1-5 for the home guard and the barrel and sight for seeing round corners.

Of interest are the various first hand accounts of troops who faced these rifles and the accounts from the Russian Front discussing explosive bullets.

The German rifles are compared to the American M1 Garand, M1 carbine and the M14-M16 and then it leads on to the effect these weapons had on modern development.

This book should appeal to historians, modellers and collectors alike, as it is a volume packed with information including numerous pictures and a concise history of Germany’s automatic rifle development, production and use which has been very well researched. 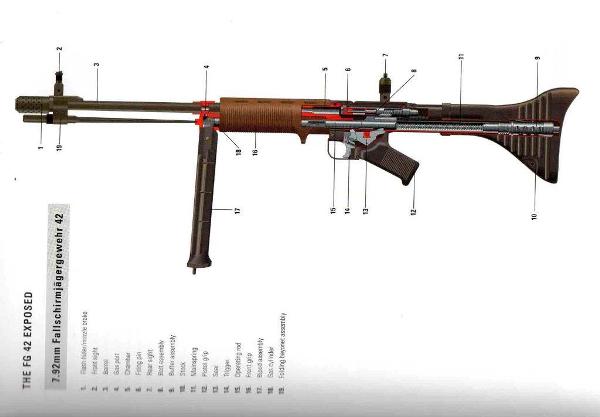