Our sincere thanks to Nigel and Haynes Publishing for supplying our review sample. Check out the publisher’s website to buy this excellent title here now at www.haynes.co.uk 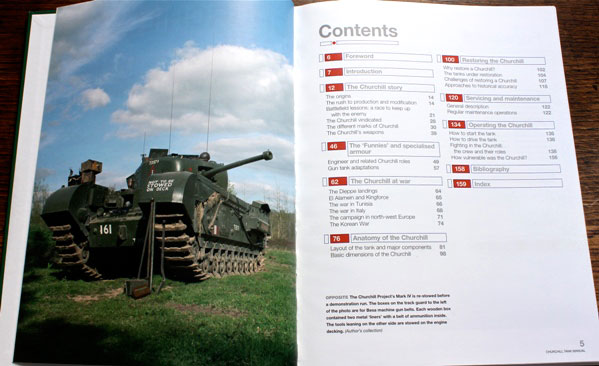 The title workshop manual belies the succinct and interesting potted history of this vehicle. 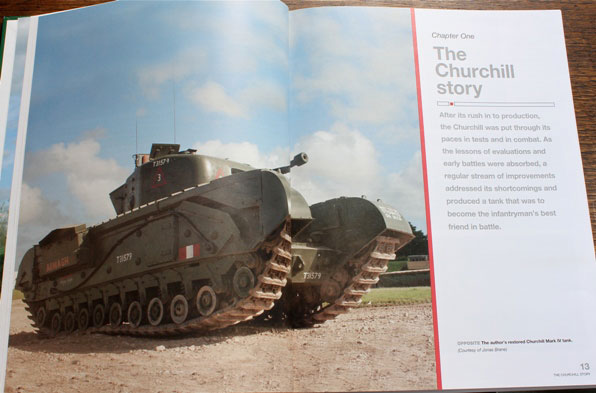 I like, possibly, many of you took much the same view of the Churchill that the Germans did on the beach at Dieppe. They thought it was from another era. Well in a way it was, designed on the premise that another war would be fought on the same basis as WW1. One of the outstanding features of the Churchill was its ability to climb slopes that other types would not even consider. In Africa the fact that the tank could attack up a steep gradient from an unexpected angle resulted in the enemy being put to flight.

Eventually this tank, after many upgrades both to weaponry and armour became the iconic WW2 British tank. 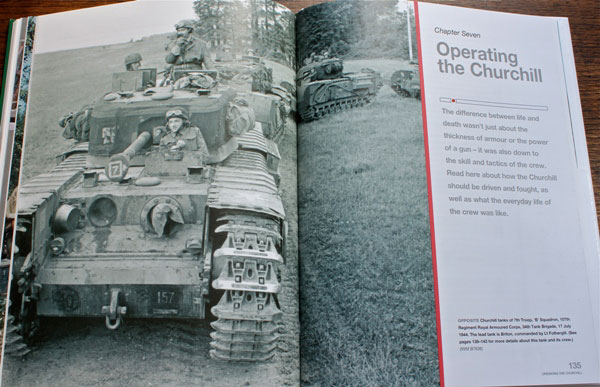 And of course its culmination was reached on and after D-Day, many being adapted by Hobart for his diverse assault weapons. These ranged from mine clearance, flame throwers (the crocodile) and beach assault vehicles, the majority mounted on Churchill bodies.

But the story does not end there as the tank continued in service during the Korean War – many serving as AVRE vehicles.

The characteristic of the Churchill most appealing to the crew was its armour, which, once up armoured, became comforting to say the least. Also the vehicle did not brew up as easily as the Sherman and, if it did, it was easier to escape from owing to its side hatches.

All this information is contained in an engaging text written by someone who knows his stuff.

Nigel Montgomery certainly knows the Churchill. He has already restored one to running order and has 5 more in line. This, with assistance from The Tank Museum at Bovington, has been designated the Churchill Tank Project.

This book benefits from being written by a single author. It is gathered into 9 chapters covering the history, the anatomy, restoration and operation of the vehicle. 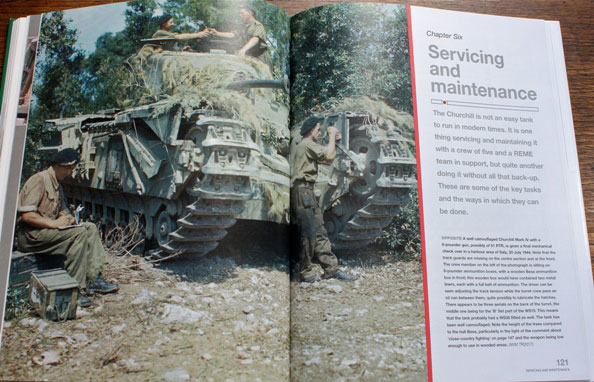 The text flows comfortably from subject to subject and is highly readable and even makes the technical aspects absorbing.
From a model maker’s perspective this contains a rich source of information and detail.

There are some excellent quality archive photos some of which provide good diorama subjects. There are good colour shots of the 2pdr, 6pdr and 75 mm ammunition with an analysis of their effect.

But, the gold mine for the modeller is in the chapters on the anatomy and restoration of the tank. Excellent photos of the equipment taken both in isolation and in situ, excellent pics of the inside make adding detail to any models fun and accurate. With regard to the interior I always thought that the WD painted most of the insides silver, but it appears that the majority of service vehicles in WW2 were white inside.

Finally the chapter on operating the tanks is fascinating with some great images of a typical crew fighting the tank in the post D-Day months. 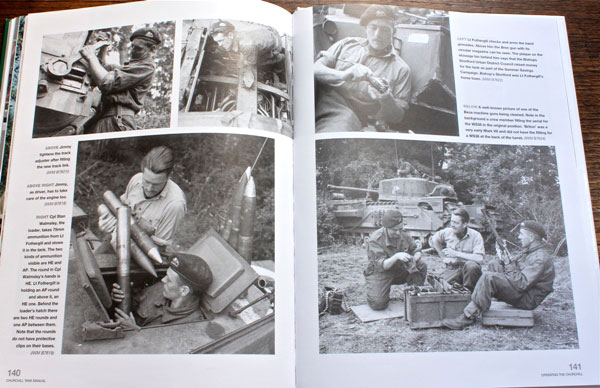 Nigel Montgomery has written a book that can be read or studied on different levels, all of which are fascinating and reflect the enthusiasm that the author has for the Churchill.

How did it come to be called the Churchill? This is not recorded in the book as it is not certain. Maybe it was Winston’s, but I think that his legacy had not been truly established when the tank was named so I am in the John Churchill camp as the likely candidate, but maybe?