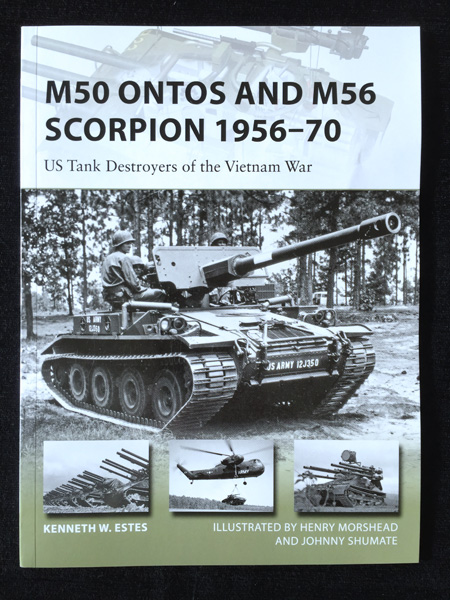 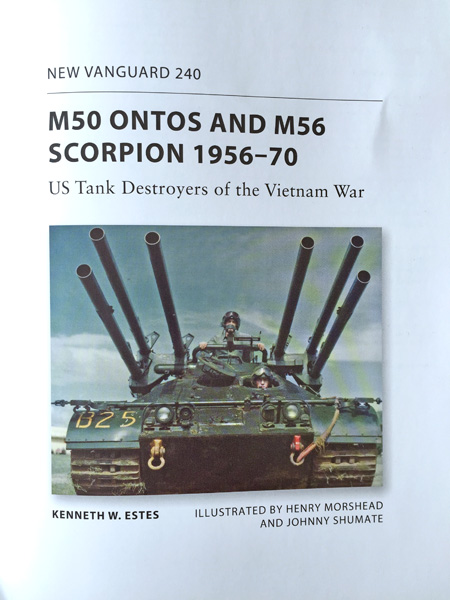 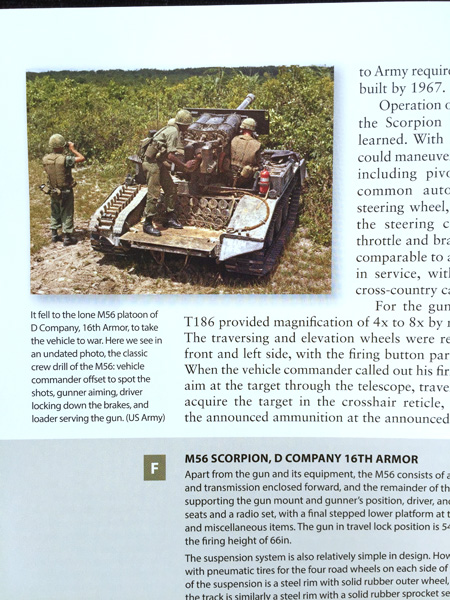 We’ve reviewed other titles in this vanguard Series and a good series it is too. What you get, in essence is a focused and well targeted look at the subject in question and this time, that is the M50 Ontos and M56 Scorpion US tank Destroyers of the Vietnam War from 1956-70.

The text is very well written, easy to read, digest and get a flavour for the subjects without going into chapter and verse. Image quality and selection is good, again helping to capture the types very well.

The illustrations by Henry Morshead and Johnny Shumate are very good, helping to evoke interest in the subjects on offer. 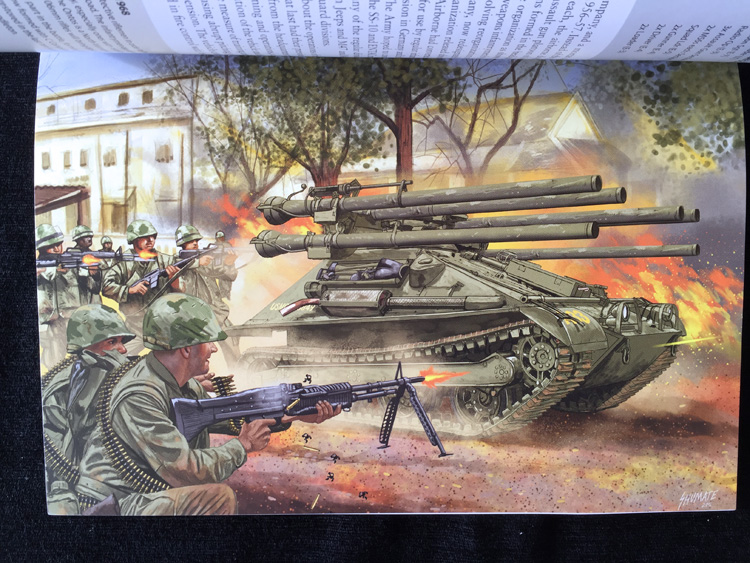 Designed in the 1950s, the US Marines’ M50 Ontos and the US Army’s M56 Scorpion were both intended to be fast, light, air-droppable tank-killers for the Cold War battlefield – an answer to the cumbersome and ineffective World War II-vintage tanks that had taken to the battlefield during the Korean War. Although they shared the aim of bringing light, mobile and lethal antitank firepower to the infantry the two vehicles varied wildly in design to cater for their unique mission demands. They first saw service in the Lebanon intervention of 1958 but it was in the Vietnam War that they made their name, with the M50 Ontos seeing intense combat action in the Battle of Hue in 1968. Detailed illustrations and expert analysis provide the reader with a comprehensive history of these deadly antitank vehicles, from early development through to their combat history and the eventual disbandment of the Marine Corps’ last antitank battalion with M50A1s in 1971. 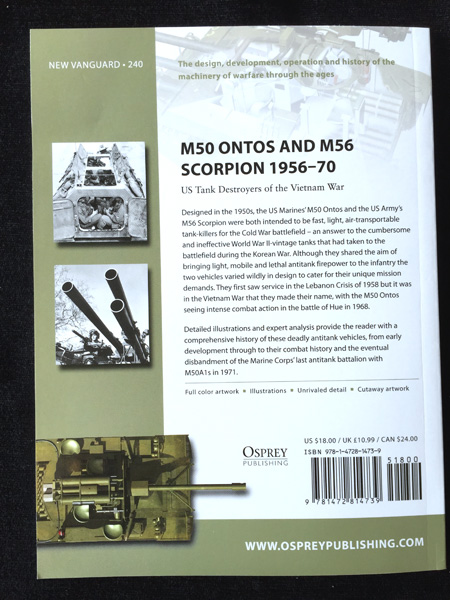