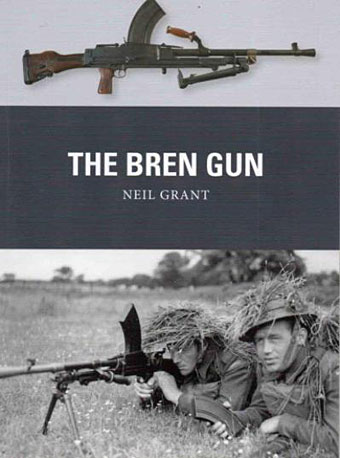 This is another volume in the weapons series being of the standard format with 80 pages which contain 5 colour pictures, colour art works, cut away artwork, Black and white pictures and first hand accounts. The book is divided into the following Chapters: 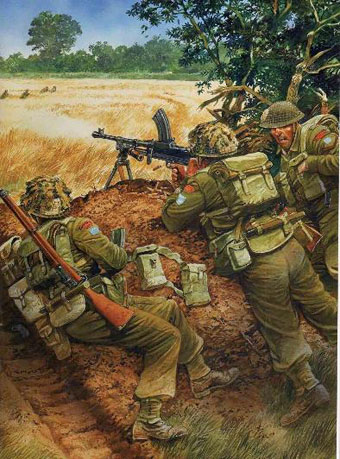 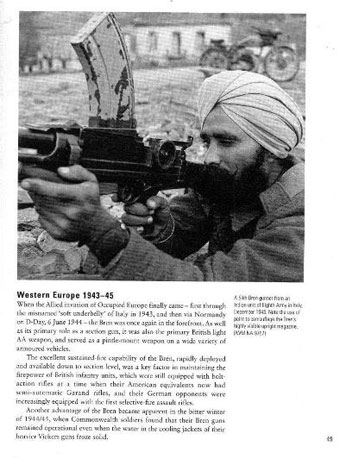 With the invention of the machine gun in the late eighteenth century a milestone had been reached in warfare but it wasn’t until the First World War that it became the industrialised killing machine. These weapons were mainly static due to their size and used a large amount of ammunition.

Between the wars a committee was set up to find a portable MG with a good rate of fire. Various tests and trial were held and in the end the winner was a derivative of the Czech Zb 26 which became the Bren. The Bren was adopted into British service in 1938 and continued in use until 1991. With its curved magazine it became an iconic weapon which was reliable if kept clean and accurate if fired from the bi-pod up to 600yds but could reach out to 1500 yards. The weapon was normally used in the prone position by infantry but could also be fired from the hip.

The gun was the infantry LMG throughout WWII and was also supplied to partisans being it was used from Norway to the African deserts, the Jungles of Asia and post war numerous conflicts from Korea and the Falkland’s to name only two.

The book is well researched with some very nice artwork of some actions including one of Umreo Singh’s winning the VC when fighting the Japanese. I like the layout of this volume which is packed with information and supporting photographs. It should be of use to modellers, historians and military enthusiasts.