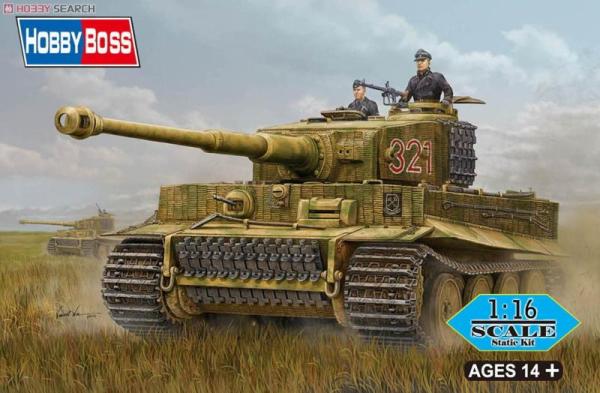 Type of kit: Injection moulded kit with etched brass accessories
Product info:  The kit consists of over 468 parts on 40 sprues, and the dimensions of the kit are 530.6mm long and 222.2 wide.
Review by Dave Smith

And into the box

The kit is based on a radio controlled ‘chassis’, as is evident by the battery compartment under the chassis, and the method of assembly, in some cases being screwed together. This will obviously make for a strong construction, as a working model would require.

Don’t be put off by this though, even though some of the build is simplistic, i.e. none of the hatches are openable, (the commander’s hatch is open, but there’s no ‘hole’ where a full figure could be inserted) but there are periscopes to be fitted into the driver and gunners hatches, a nice touch.

The assembly requires two ‘half-builds’, the upper bodywork has the turret fixed into it before the top can be fixed to the chassis, not just ‘plopped’ in when finished as any other injection moulded kit would do. The upper bodywork is then screwed to the lower, the screws being covered by detailed covers, neatly disguising the fact.

The tracks are individual plastic links, connected by steel pins, and will, when wrapped around the very detailed wheels, with rubber tyres, look (and operate) very well.

Ok, this is not a Tamiya kit, but neither is it over £300 either. Looking inside the kit, one would not seriously take this £60-£70 model as an accurate depiction of the famous Tiger, there is no interior detail at all, and lots of screw posts, but put those doubts aside, and take a closer look at the actual detail on the outside, and you will be pleasantly surprised; there is lots there to please. Nicely detailed tools, tow cables, and surface detail.

I think that many modellers who would normally build in this scale are a little ‘sniffy’ about this kit. Having just completed Trumpeter’s T-34/85, and being amazed by the level of detail internally and externally in that kit, initially, I too, was sceptical. Maybe the radio-controlled basis of it puts them off. I would say to them, have a look in the large and very well appointed, strong, (and difficult to open!) box, have a look in the many nice quality boxes of individual assemblies, wheels, tracks, chassis etc. and you may just change your mind.

A nice touch to the build, and a nod to the more experienced builders out there, is the addition of a set of etched brass intake covers for the engine bay, and a neat set of Zimmerit application tools on its own fret. 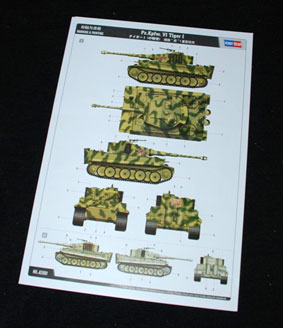 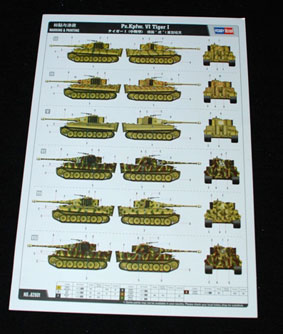 To sum up, there is certainly enough here to construct a very impressive mid-version Tiger I. The inclusion of decals representing 6 vehicles just adds to the value.

The beauty of this kit is that it will cater to the modeller who wants to just build a very impressive model out of the box, but also the person who is aware of the masses of 1:16 scale accessories available ‘out there’, obviously, at a price, to super detail it.

Just to give a stamp of approval to this, a very well known modeller in our club has just spent his own money on one. Nuff said!

I can’t wait to start it, oh, and I hope that HobbyBoss, give the same treatment to a Panther?… Maybe? 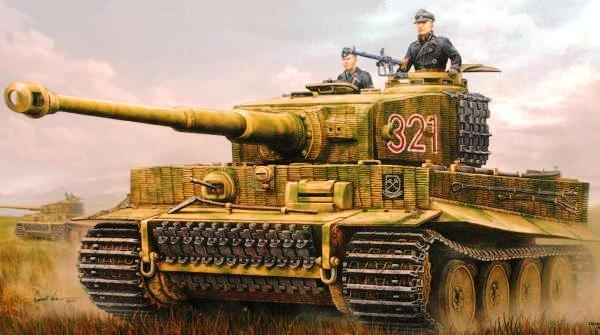