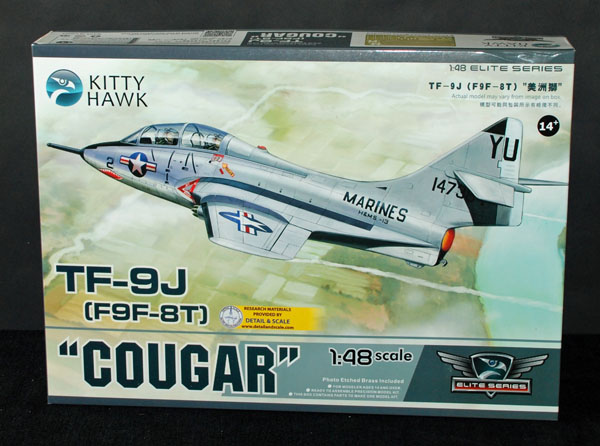 Our thanks to KittyHawk Models for supplying our review sample. Visit them here: Kitty Hawk Models website 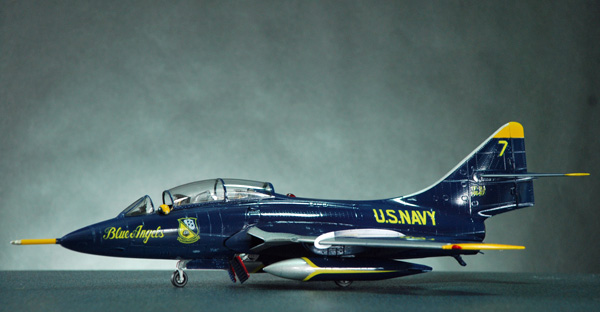 The F9F-8T was a two-seat trainer version of the F9F-8. Work on a two-seat trainer version of the Cougar began in November of 1953 under the company designation of Design 105. This was a company-initiated project intended to meet anticipated future Navy requirements for a combat-capable two-seat trainer to serve in fleet squadrons alongside single-seat Cougars. It was anticipated by Grumman that the two-seat Cougar could also serve as a carrier-landing trainer and as a trainer to familiarize crews with inflight refuelling. It was to retain the same armament as the single-seat version. 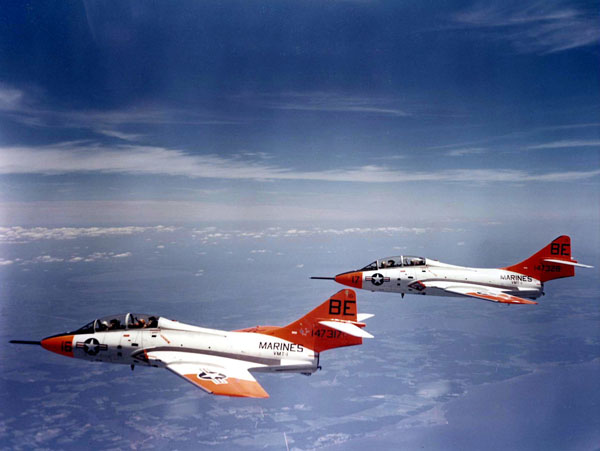 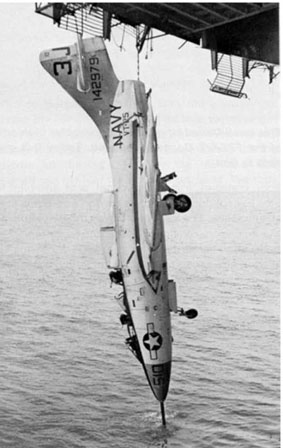 Initially, the Navy envisaged no requirement for the Grumman Design 105, believing that the Lockheed T2V-1 Sea Star would fill all its requirements for a carrier-capable two-seat trainer. Nevertheless, Grumman was authorized to complete an F9F-8 airframe (BuNo 141667) as a two seater under the designation YF9F-8T. To provide space for the second cockpit, the forward fuselage was extended by 34 inches. The two crew members (student in front, instructor in rear) sat in tandem under a large rearward-sliding canopy. An auxiliary windshield was provided internally ahead of the instructor’s seat, which enabled the aircraft to be flown with a partially-open canopy. To save weight, two of the four cannon were removed and the ammunition capacity was reduced. The first flight of the YF9F-8T took place on April 4, 1956. In the meantime, the T2V-1 Sea Star had run into lots of problems with its boundary-layer control system, a feature which was in the mid-1950s still a relatively new innovation. In addition, the T2V-1 was unarmed and could not be used as a weapons delivery trainer. This led the Navy to take a fresh look at the two-seat Cougar, and they eventually acquired 399 production F9F-8Ts between July 1956 and February 1960. The production F9F-8Ts featured some structural strengthening, and most were fitted with an inflight refuelling probe in the nose, which increased overall length from 44 feet 4 1/4 inches to 48 feet 8 3/4 inches. Late production F9F-8Ts were equipped at the factory with the capability of carrying two Sidewinder missiles under each wing, but this capability was seldom retained in service.

The F9F-8T entered service with the Naval Air Training Command in 1957. They equipped five squadrons. The F9F-8T played an important role in training most of the pilots who were later to fly combat missions in Vietnam.

In 1962, the F9F-8T was re-designated TF-9J in accordance with the new Defence Department Tri-Service designation scheme. In 1966-67, four TF-9Js of H&MS-13 were used in the airborne command role to direct airstrikes against enemy positions in South Vietnam. This marked the only use of the Cougar in combat. The last squadron to use the TF-9J was VT-4, which finally relinquished its last TF-9J in February 1974. 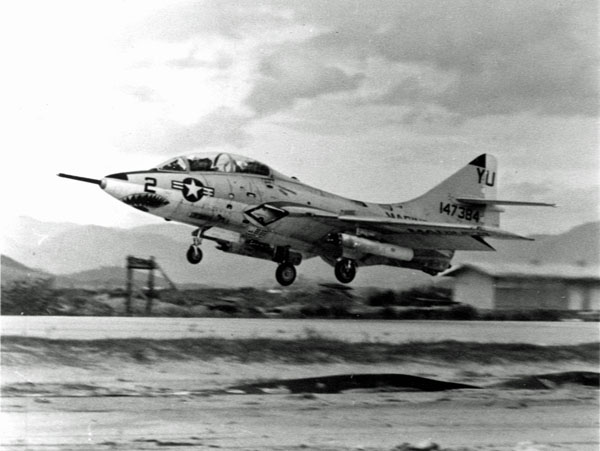 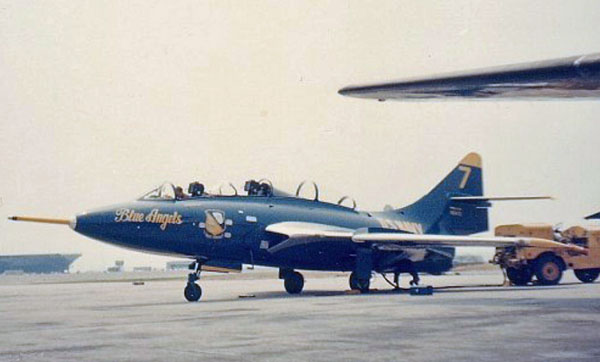 Also, the F9F-8T (after 1962 known as TF-9J) was flown for two years by the Blue Angels aerobatic team (1955-1957). The only foreign air arm to use the F9F Cougar was the Argentine Naval Aviation, who used the F9F Panther as well. Two F9F-8T trainers were acquired in 1962, and served until 1971. The Cougar was the first jet to break the sound barrier in Argentina. 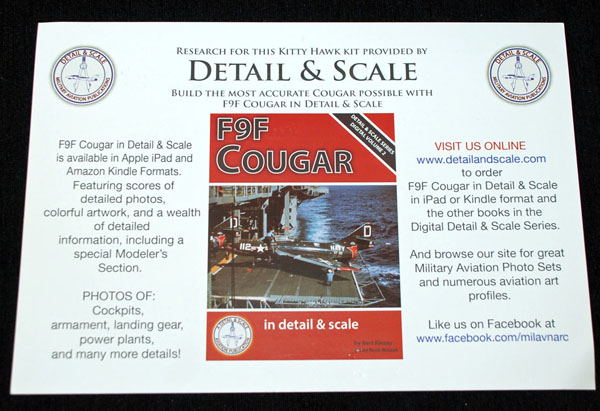