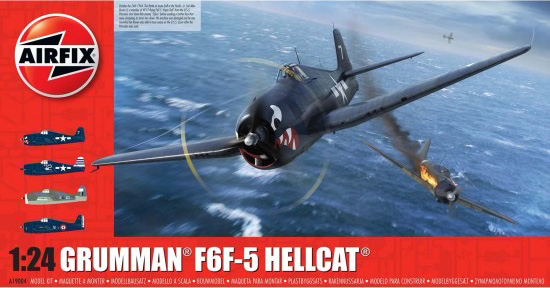 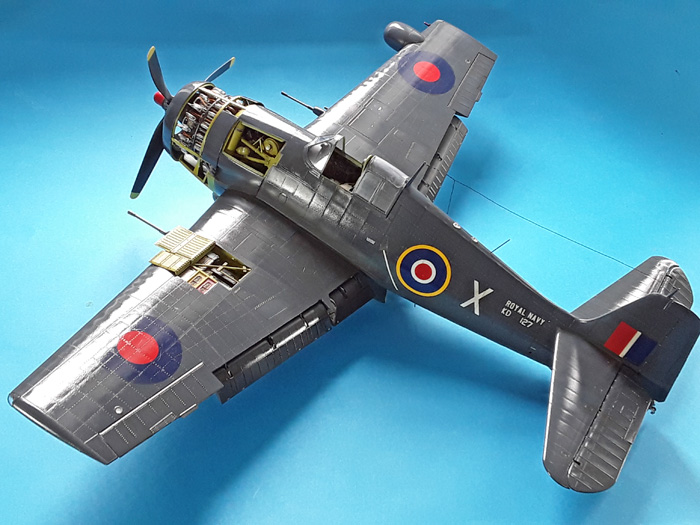 Time for something big

When Airfix first announced production of their big Hellcat, I had to get one or perhaps two! Next my thoughts moved to what was to come in the box and what markings were included. Adam Tooby’s superb artwork illustrates one of the US Navy marking options but I wished to complete mine as a Royal Navy machine. Satisfied that FAA markings were included in the box and seeing the level of detail included by Airfix I decided on an OOB build. I will add the caveat that I am not an expert on the subject. If there are any inaccuracies with non FAA specific items it entirely my fault and am happy to be corrected.

One evening during Christmas 2019 I opened the rather large box. When I say large I mean huge! The box is stuffed full of standard Airfix grey plastic, totalling 572 pieces. Detail on the plastic is sublime. Including beautifully rendered “oil canning” effect. An encyclopaedic instruction book amounting to 70+ pages to guide you through the build process. This is divided into sections for the modeller to decide. Wheels up, wheels down and wings folded. A large fold out colour painting guide and decal sheet with four options. Two US Navy, one Royal Navy and one French aircraft.