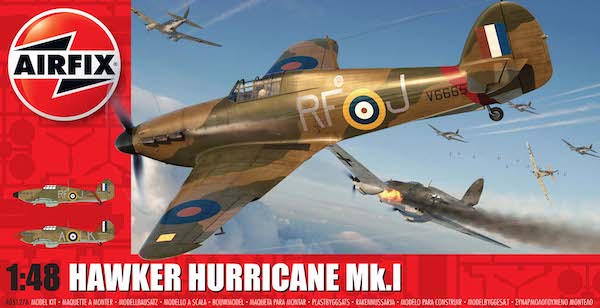 I had been looking for a Mk.1 Hurricane for quite a while to go with my Tamiya Mk.1 Spitfire that I had built as it would make a nice little Battle of Britain display in my cabinet. My initial preference had been for the Hasegawa kit as I had previously built it and I knew it was a nice kit but finding one was to prove quite frustrating due to both its scarcity and the process it’s commanded both from retailers and on eBay. The one day I happened to be in my local model shop and I saw the Airfix kit so naturally I had to look in the box and was very pleasantly surprised by what I found. The surface detail was refined, there was no flash and the decals were perfect so out I walked with it.

A quick look in SMN’s Finished Now shows Geoff has made a previous boxing of this kit, the Mk.1 Trop and rated it so on to the bench it went. 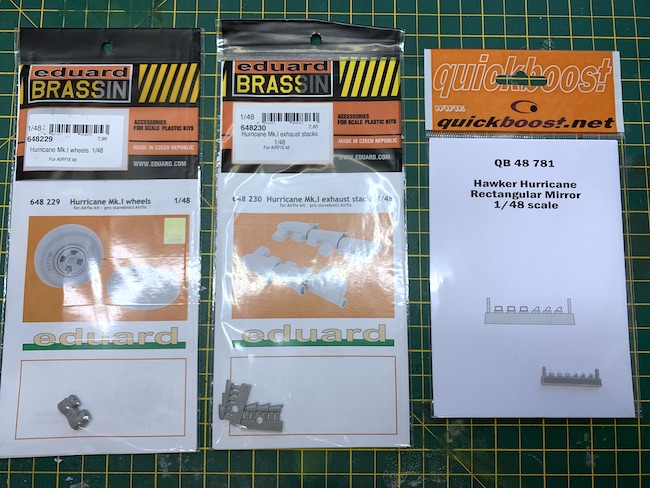 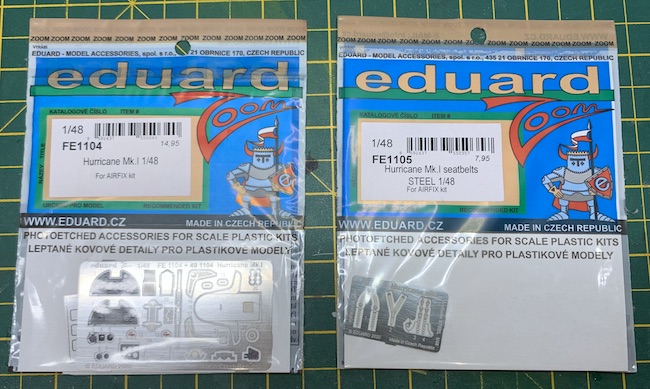 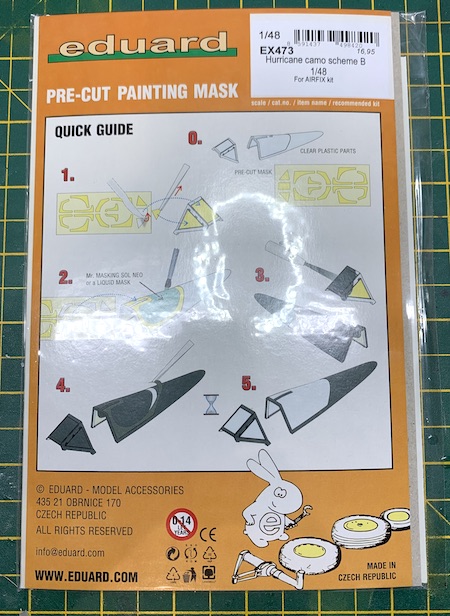 The kit has two options in it. Both being Battle of Britain Mk.1s which was ideal for what I wanted:

The decision was which one – as I liked both so I tossed a coin in the end and option B was chosen, Ian Gleed’s aircraft. One thing to note about these two options is one has camouflage Scheme A and the other Scheme B so be aware of this when painting or in my case ordering up camouflage mask sets. A little research of the internet showed me pictures of the aircraft of choice which is always good. 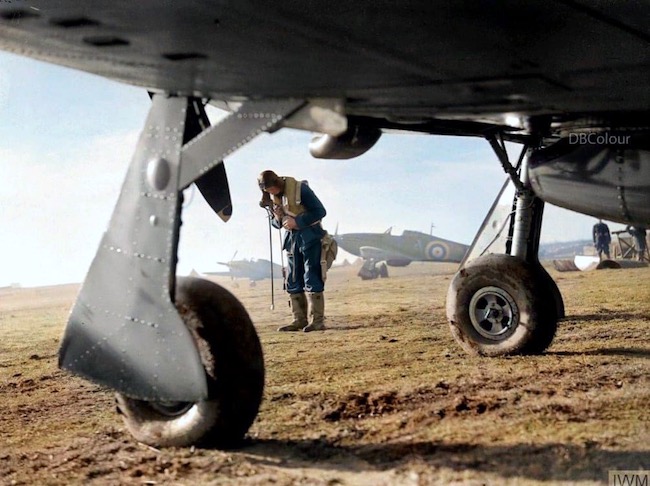