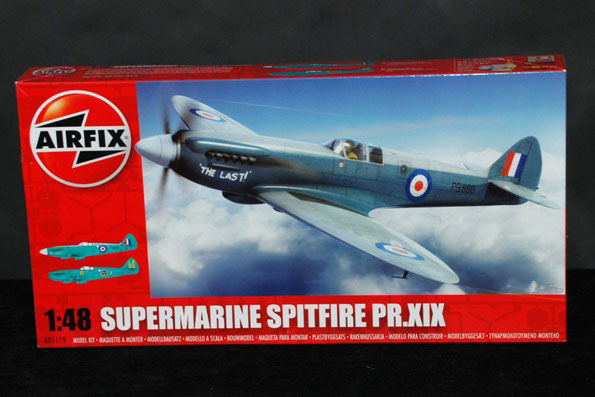 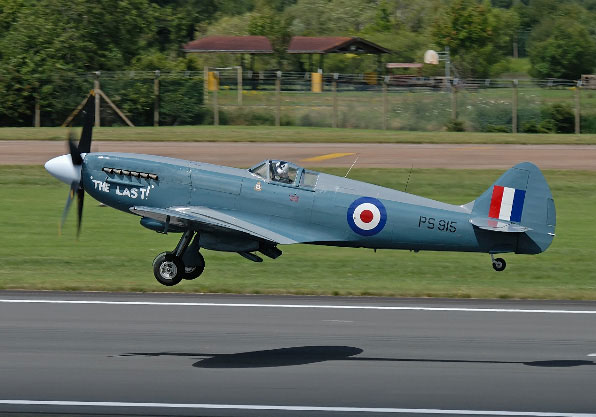 The Spitfire Mk 19(XIX) was the last and most successful Spitfire variant used in the photo reconnaissance role. The first Mk XIXs entered service in May 1944 and a total of 225 airframes were built. Used in frontline service until 1954 the MkXIX was phased out in favor of other more modern airframes. However life for the XIX continued in the Meteorological research role into the early 1960’s. The last operational RAF flight took place in 1963 when one was used for dogfighting trials against an English Electric Lightning to determine the best way to engage a piston engined aircraft in a jet. Piston engines still being the choice for frontline use in many of the developing world’s Air Forces.

The box was very well formed and the artwork second to none depicting the aircraft in flight. On opening the box you are presented with the usual grey sprue’s that are common with the Airfix brand, moulds were crisp and details clear and not a trace of flash to be seen. Decals seemed to be printed well and options for two schemes were provided, RAF 81 Sqn 1954 and a Swedish version from 1955. 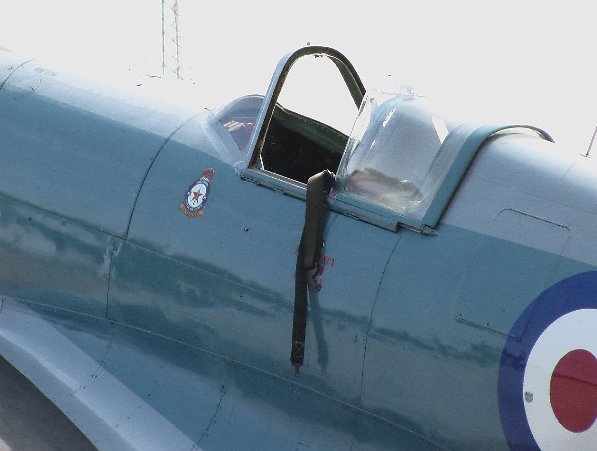 Reference: there’s a good walkaround in your Photo Reference Library