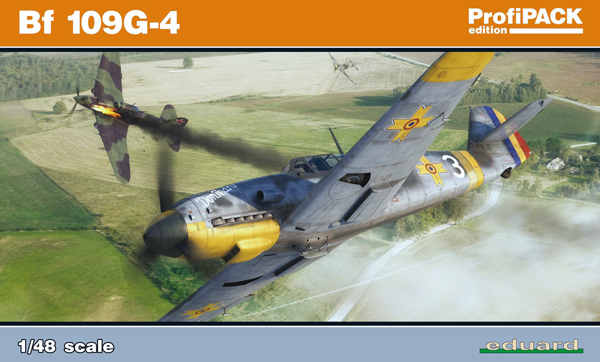 A note from Geoff C…
It’s a great pleasure to welcome James to SMN with his first contribution of the excellent Eduard Bf109G-4 and what a great job he’s made of it too – thanks James! Here’s a quick look at how it all turned out – impressive, isn’t it?

This article has a special focus on using the Kcolor paints (that many of you were so impressed with when Aurelio Reale demonstrated them at SMN’s last Modelling in a Day Workshops. 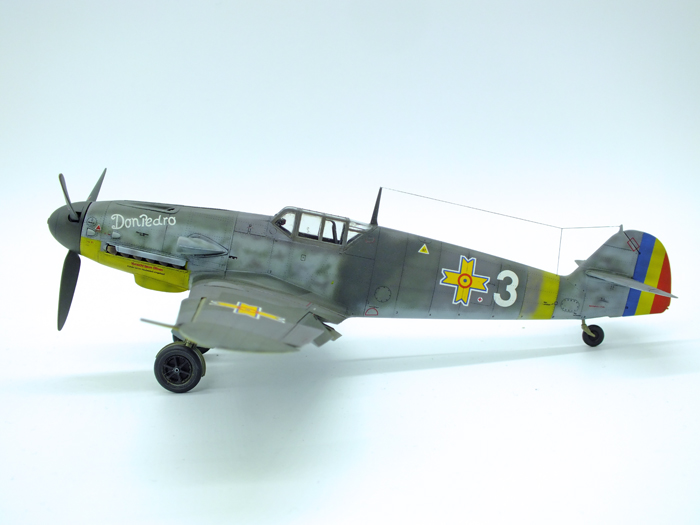 Over to you James..

When approached by the UK distributors for Kcolor, www.Modelinovations.co.uk, I was asked if I would like to build an Eduard bf-109 G-4 , and give their paints a go. Being a great lover of the new Eduard bf-190 kits and a fan of trying out as many brands as humanly and logistically possible, I jumped at the chance.

Eduard’s new-tool 109 kits need very little introduction, the kits are thoroughly modern with rows of rivets, various building options depending on the variant, and the lovely photo etch and masks you get really help bring that professional look to your finished builds, the moulding alone on these kits make Eduard for me, one of the top manufacturers in recent times.

Kcolor are an Italian company, with a decent range of Acrylic colours to suit a wide range of subjects from Sportscars and Mecha to Military aircraft and Armour. They provide a large range of primers, clearcoats and polishing compounds to compliment their colour and metallic ranges. Kcolors have experience in the car and fine art industry, supplying paints for custom car finishes and airbrush artists.

For this build I managed to get my hands on some primers,(red, grey, black and white) 2 clearcoats, (gloss and military matt) and 6 regular colours, RLM: 04 Gelb, 70 Schwarzgrun, 74 Graugrun, 75 Grauviolet, 76 light blue, and black.

My goal in this article is to give you my impressions of how I got on with Kcolor and how they spray. Kcolor advertise the majority of their paints as airbrush ready, easy to use acrylics. Lets see how they get on. The airbrush I am using is an Iwata hpb+ 0.2 and a Iwata sprint jet compressor with an inline moisture trap.

After some thinking I decided I wanted to do something slightly different for the finished aircraft and go for the Romanian scheme depicted on the box art, sporting a standard RLM 74/75/76 mid-war scheme and some spray of RLM 70 over some of the old (German) markings and standard yellow theatre markings with the Romanian marking replacing the german ones. The Romanian air force received a number of these 109 G-4s for service and they were put to use from 1943. at the end of the war the Romanians used their 109’s against the Luftwaffe, turning the fighter back on its masters.