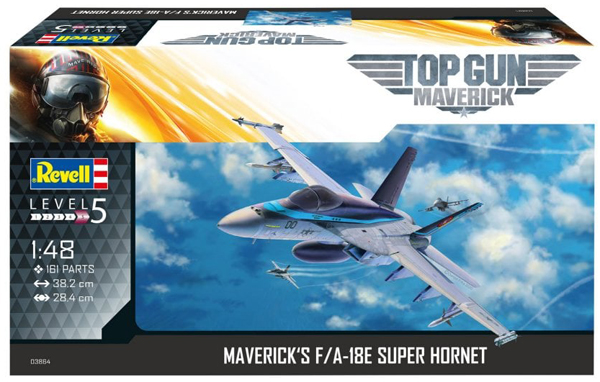 All three jets sport the same livery: dark and light blue stripes, three MiG-28 (F-5s) “kill” markings and “Capt. Pete ‘Maverick’ Mitchell” name on the canopy rails along with the Top Gun emblem on the tail and the modex “00”.

My original plan was to use the decal set from Fightertown’s release but these were for the two-seater and this was only used as the jet for doing the filming of Tom Cruise in the airborne scenes, his aircraft is supposed to be a single seater so I needed to find an F-18E. My initial plan was to use the two-seater decals on a Hasegawa F-18E as the single seaters didn’t have serial numbers on them so the decals would work. Just before I was about to start this project Revell released a dedicated F-18E from the movie and I managed to ‘bag’ it from Geoff (the Editor) so my original Hasegawa F-18E ended up with a very different scheme.

Back to this build and if you want to see what is in the box have a look at the ‘Here Now’ that Geoff did, otherwise I will now get on with the build and see how it goes together especially as I’ve just done the Hasegawa offering I mentioned above so it will be interesting to see how they compare. 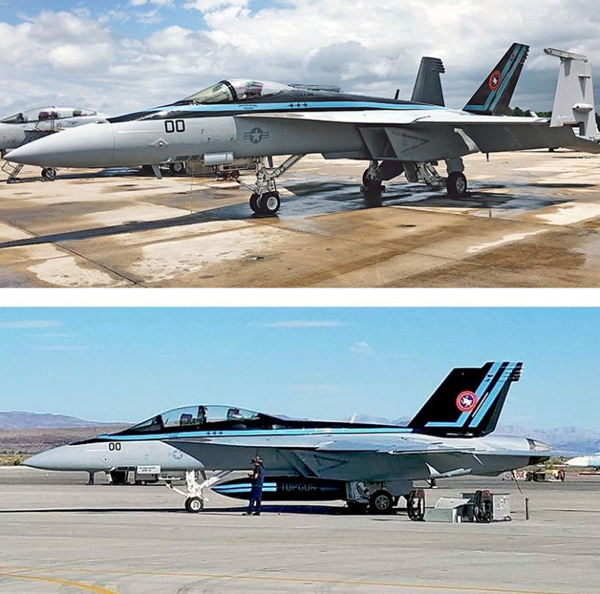 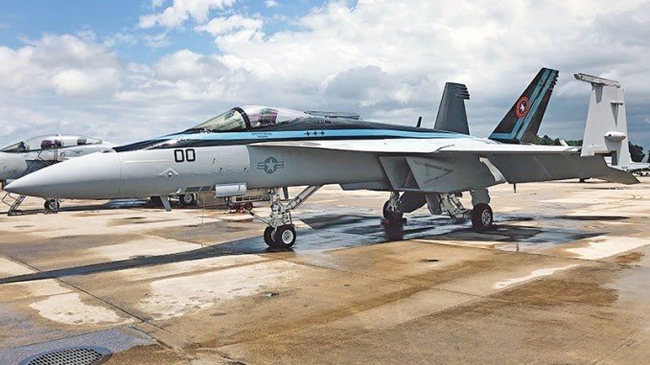 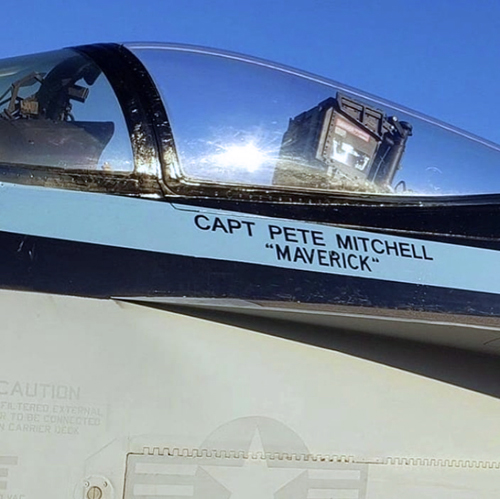 References used:
• Internet searches and watching / pausing the trailer from the movie

Aftermarket Extras:
• eduard ECS Outlets
• Some parts from the spares box but I’ll talk about what later on in the review.