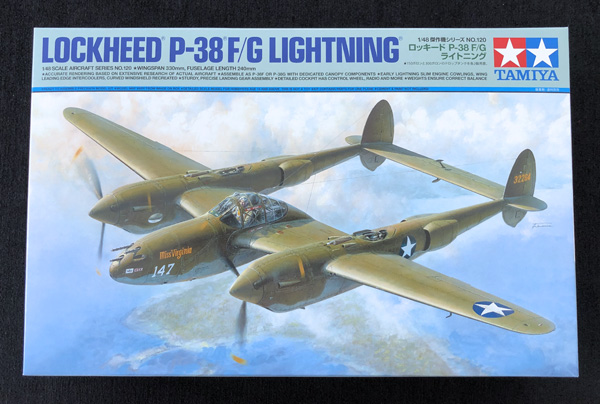 Having just completed Airfix’s excellent Sea Fury, I was discussing with Geoff what project to tackle next. I suggested Tamiya’s recently released P-38 and the rest is history.

Initial impressions upon opening the box are that the kit has a real finesse to it. As we would expect from this manufacturer the parts are beautifully moulded and the panel lines crisp and even. I won’t go over what’s in the box and would refer you to Geoff’s recent in box review but I would say that whilst £50, which is the approximate retail value for this kit, might seem on the expensive side, you really are getting what you pay for.

My biggest dilemma here was which subject to choose from. I did quite fancy having a go at the provided shark mouth scheme for the earlier F model as I also love the intricately moulded wheel hubs on the main gear as opposed to the flat hubs on the later G model. I decided in the end to go with the later model though as I came across a low-res black-and-white photo of a captured P 38 being used by the Italian air force with overpainted markings and large white crosses on the twin tail fins and matching bands on the booms. 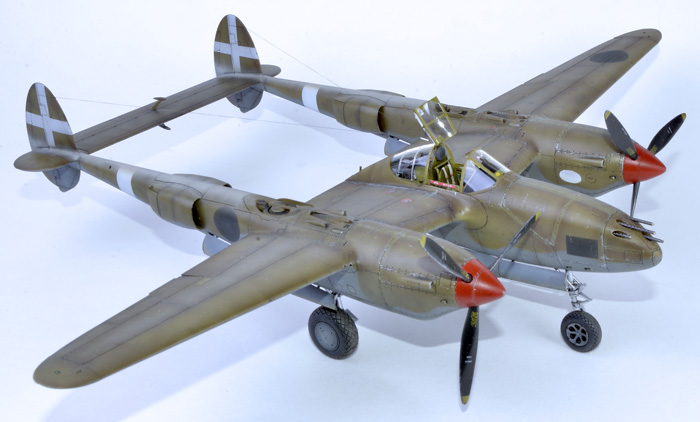 To be honest, the photograph gave little away in terms of what other markings may exist so I ended up buying the Sky Models 48-048 decal sheet, that carried the scheme, in the vain hope that it would offer more information. As it turned out, it didn’t even show a plan view if the aircraft so I went with over painting the National insignia and the likely location of a serial number on the nose and adding the white booms bands and evocative white crosses on the tails.

In terms of aftermarket, I spent some time considering a replacement “Look” Brassin instrument panel however decided that when completed the panel was that far recessed under the oversized instrument shroud and behind the bomber style control column, that it really wasn’t worth paying the extra over what are the kit decal or some careful painting would achieve. Trust me, now the model is complete, you would need a torch to see it properly. I blame Kelly Johnson.

I also thought about replacement resin wheels. I decided that I would give the kit wheels a go as I personally like to use as many kit components as possible, especially in a review so that others can see what you’re getting for their money. That said, the one thing that I think is an absolute must with this kit is a replacement for the nose armament. Tamiya decided not to replicate the perforated cooling barrels in plastic (which admittedly may have been impossible to the degree required) and went with the novel approach of representing the perforations in decal form. I don’t have an issue using decals for detail but I foresaw problems getting the decal to stick on such tight radius as a .50 cal barrel. For around £7.50 the Master AM 48-114 set of replacement cannon and .50 cals are about as much (literally) bang for your buck as you will find. 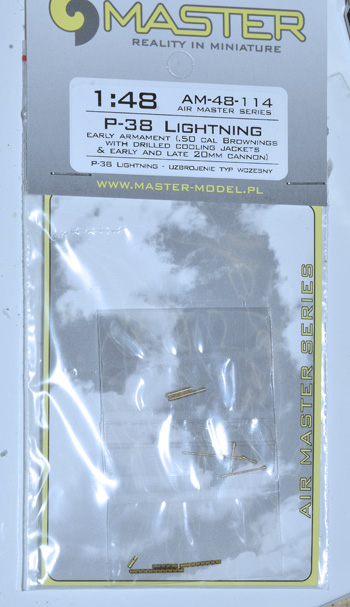