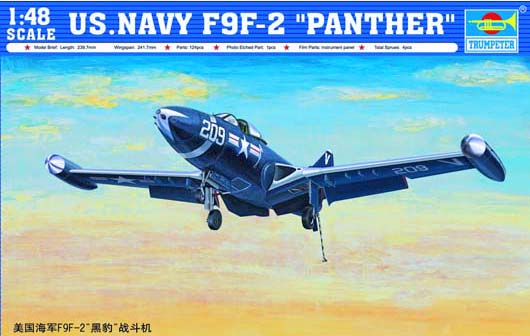 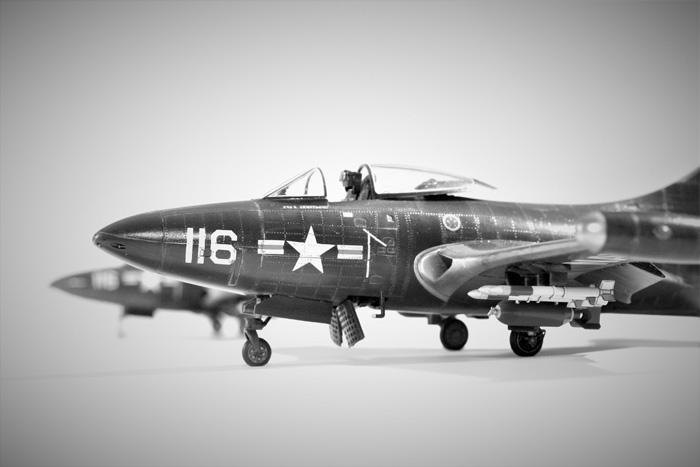 F9F-2s, F9F-3s and F9F-5s, as rugged attack aircraft, were able to sustain operations, even in the face of intense anti-aircraft fire

Future astronaut Neil Armstrong flew the F9F extensively during the war, even ejecting from one of the aircraft (S-116 BuNo 125122) when it was brought down by a wire strung across a valley, in 1951.

Panthers were withdrawn from front-line service in 1956, but remained in training roles and with U.S. Naval Air Reserve and U.S. Marine Air Reserve units until 1958. The Navy’s Blue Angels flight demonstration team used the Panther for four years, beginning in 1951. 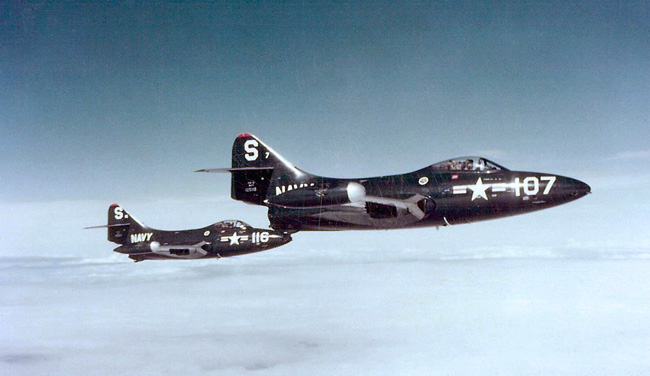 Following my build of Neil Armstrong’s Panther in 1:72, and in which I showed a letter he wrote to his father during the Korean War, I was kindly contacted by the present owner of the letter asking if I would make him the same model but in a bigger scale.

Since it is not possible to get it in 1:32 due to the end of Fisher Models, we decided it would have to be in 1:48, with the choice falling on the Trumpeter kit and some aftermarket goodies (masks, seat belts and decals) as well as some scratch build parts and a few home printed decals. 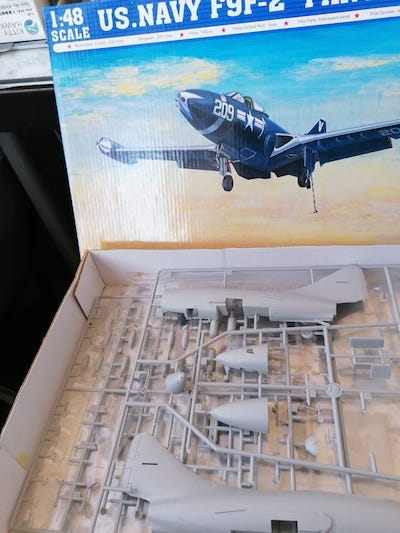